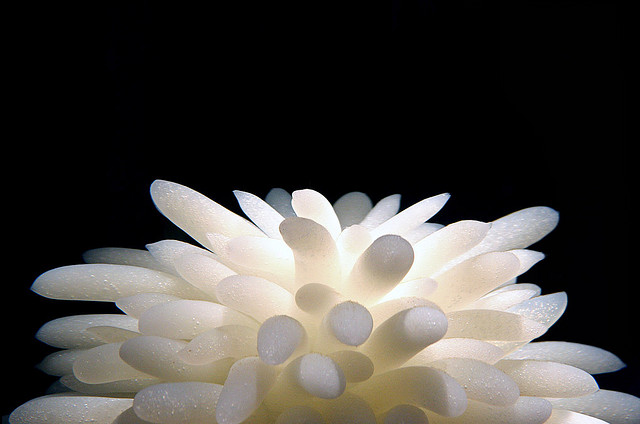 Science will tell you that black is not a colour, rather it is the absence of colour or the fact that there is no colour there. I expect that makes you think of white, rather than black!

And that’s the interesting thing about the word black: it was nearly white. And in fact in several other languages, the same root did develop to mean white.

So what are we talking about exactly? Well, the modern English word black comes to us from an older form from Old English; blæc, which meant “dark”. It must have been confusing for Old English speakers, because they also had blac, meaning “bright, shining”, more or less the opposite of blæc!

How did this happen? Well, believe it or not, the two words came from the same root, and it is the associations, or what can be linked with the source-word, that give us these two opposite meanings. Blæc comes from Proto-Germanic, the early language that later divided into English, German, Dutch, and so on. There it was *blakaz and meant “burned”. We can trace it back further to Proto-Indo-European, to the stem *bhleg-, meaning “burn, gleam, shine”, and the root *bhel; “burn, shine”.

Surely, you might think, burning and shining are two very different things? Well, let’s examine them and you will see how the words arose. What would early human beings have seen shining and gleaming? Apart from the sun, the obvious answer is their fires. And what does fire do? It burns. And what do we get when something is burnt? It goes black. We can see how the words came to be linked.

This same early root is thought to be the source of words, not for “black”, but for “white” in other languages, such as Russian, where it is белый (belyy), Polish biały, Slovenian bela, Croatian bijel and others. So that is how black is also white!

But we don’t have to look at other languages to find out that black can also be white. The English word bleach, commonly used to mean “make things white” comes from, you’ve guessed it, the same root as black.