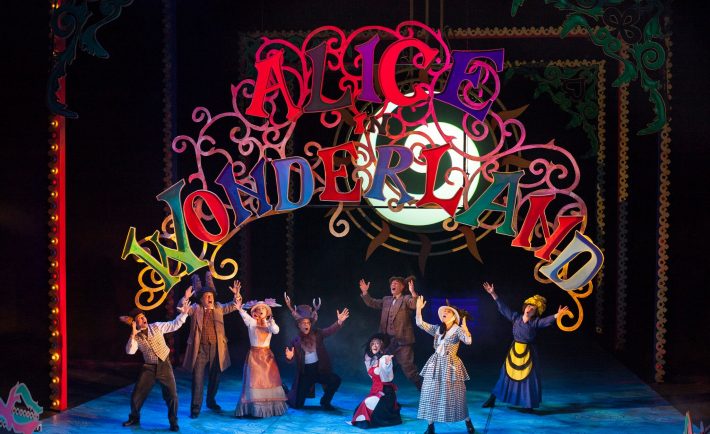 When Alice sees a snappily dressed white rabbit holding a pocket watch, she knows today is not going to be like any other – an adventure is beginning!   Follow Alice down the rabbit hole and tumble into Wonderland – a place where everyone and everything seems to be stark raving mad and things keep getting ‘curiouser and curiouser’.

Our JumpJournos, 10 year olds Lily and Morgan were given tickets to go and see the stage show in Edinburgh. It runs till 31st December 2016 and tickets are still available here.

Alice in Wonderland – Review by Lily

Alice’s Adventures in Wonderland is an extra-ordinary book and this retake of it is brilliant.

It was so funny; I laughed basically the whole way through. I laughed at the props as well as the jokes.

The costumes were amazing and you could see all the work that had been put into them. All the costumes had their own personality as well as the actor’s personality.

The actors expressed themselves so well, it felt like I was in wonderland. The show had transported me into Alice’s world.

My favourite character was the Mock Turtle because she was so sad and then happy. If I say the Mock Turtle was my favourite, then I have to mention the Griffin. The Griffin worked so well with the turtle but also the actors all worked in harmony. There were no problems or accidents on stage, the actors just worked together so well.

In the end, it was a great show.

Alice in Wonderland – Review by Morgan

It was a brilliant play and it felt like you were really in it. It was full of adventures and mysteries. Also when the crew had to swap scenery you didn’t notice them move. They just blended in with the play. 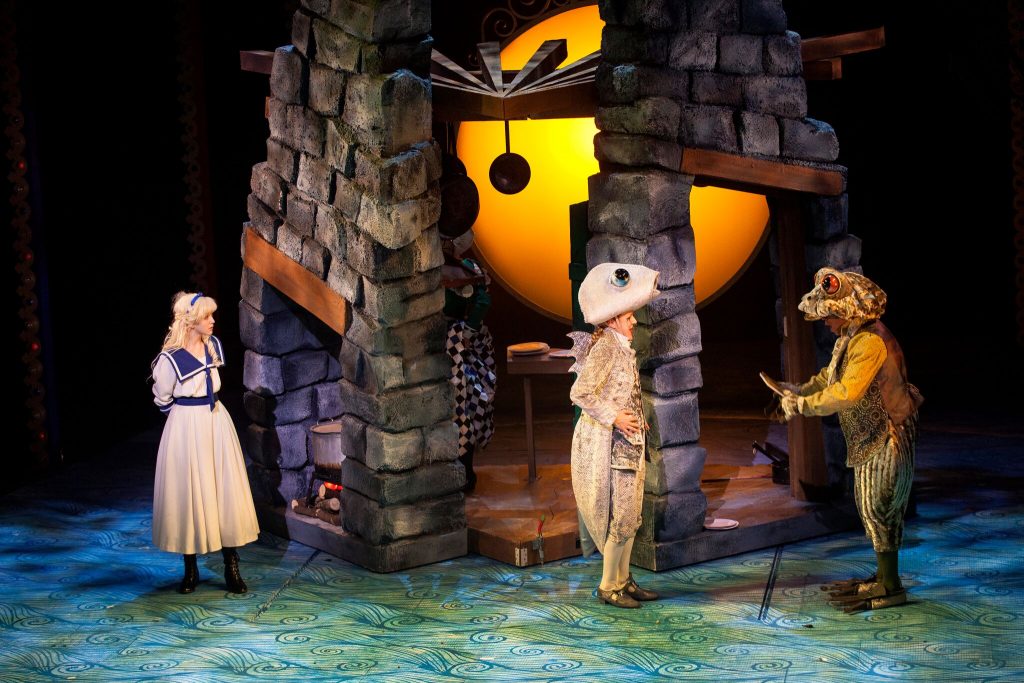 At the end, they really connected with the play and were throwing confetti everywhere. It was an amazing play and I give it ****** stars because of everything and I can’t wait to see it again.

Our JumpJournos were given free tickets to see Alice In Wonderland – By Lewis Carroll, in a new version created and directed by Anthony Neilson, Composer Nick Powell – shown at the Lyceum in Edinburgh from 26 November 2016 to 31 December 2016.