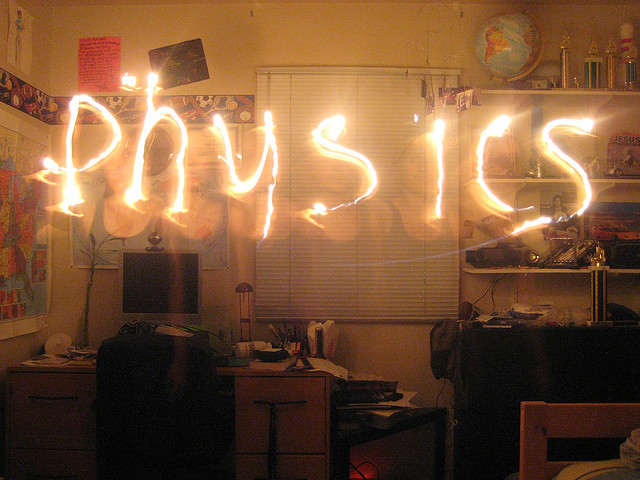 We have previously looked at Biology and Chemistry. Today we will complete the sciences by discussing Physics. What exactly is the point in learning physics and why is it a pretty great subject to take?

Photo of a painting of Albert Einstein

It is easy to look at Physics and imagine that it is super complicated; certainly in films when physicists are represented they are always geniuses, doing mad and scary things which change the planet for good or for bad.

Physics is the science of matter, (everything around us which has mass and takes up space; any objects like metals,  wood, water, and air, or anything made up of atoms or molecules…  so everything ) and how that matter interacts with energy.

Here is where to find PHYSICS… every day and everywhere 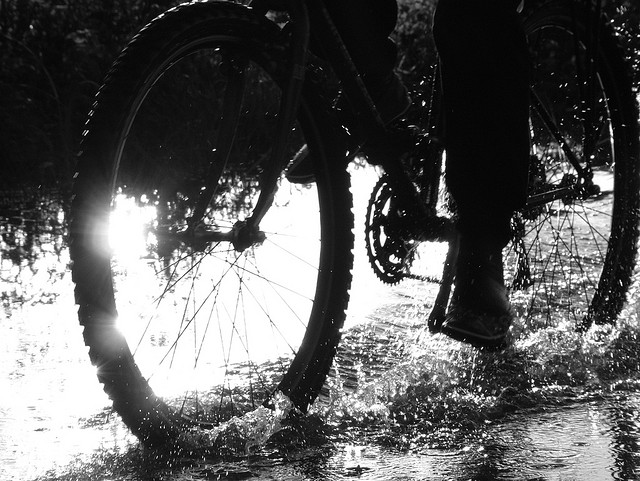 In fact, any means of transport. Bicycles, trains, cars and planes all came about through knowledge of physics, and if you know how to ride a bicycle you already know some basics of physics.

In Physics you will learn about basic mechanics, how we have created the objects which take us from A to B. 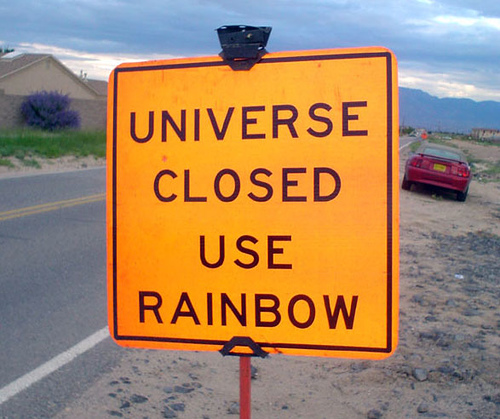 … such as who are we? How did we get here? What else is out there? What are all those stars? How do the sun and the moon affect us? What would happen if there were no sun, and how does it keep burning? We all go through phases of trying to work out where our place is in the world or the universe.

Religion tries to answer the key questions of how we came to be through stories (read Genesis, the first chapter of the Bible for an idea) but Physicists try to answer the Big Questions through science. In Physics you will learn how scientists think the universe came about, how Earth began and its place within the universe.

(To explain the pic –  Universe and Rainbow are two streets in town that are really close to each other. Universe was closed and people were being redirected to Rainbow. This has nothing to do with physics but the sign made us laugh!) 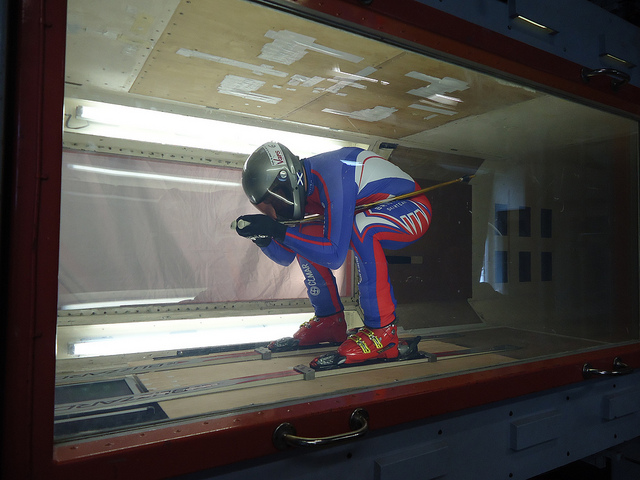 Photo by Engineering at Cambridge

Many sports have their basis in survival, hunting and battle techniques. Ball games came a little later, but they all use physics. How does the wind affect a tennis player’s service? How did Team GB get such cleverly aerodynamic wheels on their bikes and how did that help them win medals? Why are there debates about the material used on swimming costumes?

How do formula one drivers stay on the track? How do ballet dancers and figure skaters doing their gravity defying moves manage not to end up in a tangled mess on the floor? These questions can all be answered by physicists. 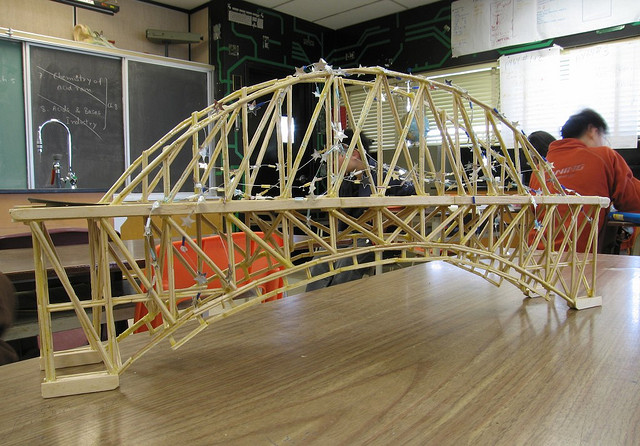 From those strange multi coloured houses you built with your lego as a child, to the building you live in, to your local canal bridge, and the actual canal for that matter, to the dry stone walls of the Yorkshire Dales, every structure that is made by human hands is based on physics. How do bridges stay up? Why are some glass windows fragile and others not? And what about nature’s examples of physics in action: bird nests, beaver dams and rabbit burrows − how do they work so well? 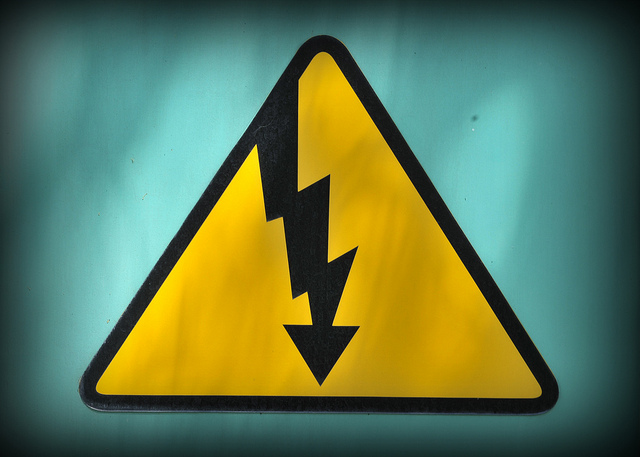 The moment that cavemen worked out how to rub two sticks together to make a fire was a defining moment in human history. The physics behind that simple  discovery ( it is not that simple, have you tried it?), along with the physics behind their basic tools and weapons, ensured the survival of humans as a species. Nowadays, thanks to physicists, most of us just have to flick a switch to get warmed up, cooled down, or enough light. The creation and control of the power of energy, be that fire or electricity or batteries, is the foundation of our modern lifestyles. In Physics lessons you will learn how all that works.

So now you can look around you, right now wherever you are and think about the role Physics plays in your life.

The screen on which you are reading this. Your bedside lamp. Your house and all the electrical appliances within. Your car, bike, school bus. The swings at the park. Even your umbrella.

Physics, both natural and made by us is everywhere. And we haven’t even scratched the surface.

There are other reasons why studying Physics is interesting. You will see equations come up again and again, calculating all kinds of physical reactions. The most famous is possibly E = mc² but by the time you have left school you will have heard of many more.

Equations are basically rules of logic. If this happens, this will be the result. It is good scientific training, and as with Chemistry part of the fun with Physics is the experiments which you will do to prove the theory you have learned.

Jobs that use PHYSICS 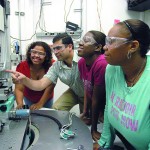 You probably know a little about the effect on the environment that our use of fossil fuels such as coal and wood and oil has had. Providing enough energy for future generations is a problem that physicists are trying to work on.

They are building wind farms and solar panels. Others argue for the use of nuclear power. Physicists are at the heart of our energy needs, and the jobs in the energy sector are varied. 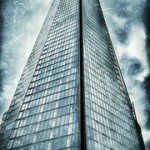 The Shard, London by Scott1723

Architects design buildings. Schools, homes, skyscrapers. Your home was designed by an architect, as was the Shard in London. Civil engineers design structures like bridges, tunnels and dams.

Both architects and civil engineers started their studies with physics, and use the principles they learned at school every single day. 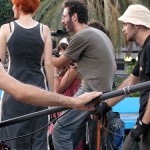 From the camera man who needs to find the perfect angle, to the sound engineer who needs to make sure the viewer hears the right things, to the teams who work on special and 3D effects, to the composers of the music that pulls the images together, the majority of people working behind the scenes in film and television use their knowledge of physics.

A degree in Physics or a branch of Physics opens up a wide range of careers.

There are the more obvious engineering routes but there are physicists who play key roles in education, finance, politics and law as well. It’s not all rocket science. 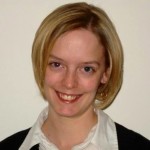 Rebecca Lee is a freelance writer, translator and coach who lives in France. In her spare time she enjoys history, cooking, travelling and reading.

View all articles by Rebecca Lee