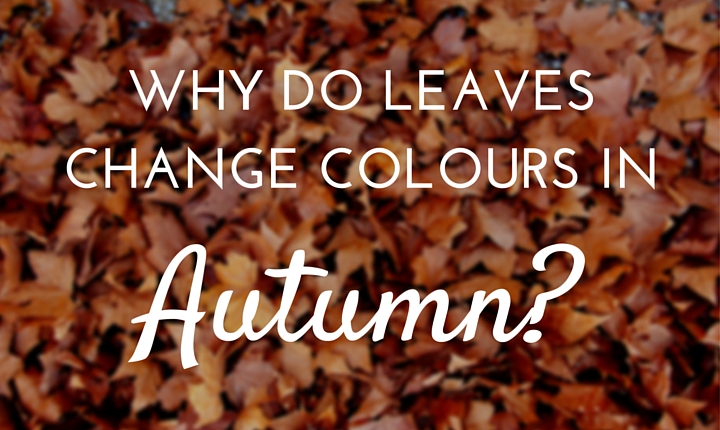 Autumn is a season of change; the weather gets colder, there’s less daylight and leaves change colour and fall from plants. But why does this happen?

Why Do Plants Have Leaves?

Leaves contain a chemical called chlorophyll (pronounced KLO-ro-fil), which as well as giving them their lovely green colour also helps create food for the plant. The leaves act like tiny solar panels, and use the sun’s energy to convert water (from the ground) and a gas called carbon dioxide (from the air) into sugar and oxygen. This process is called photosynthesis (pronounced foto-SIN-theh-sis), and the sugar is what the plant lives on. 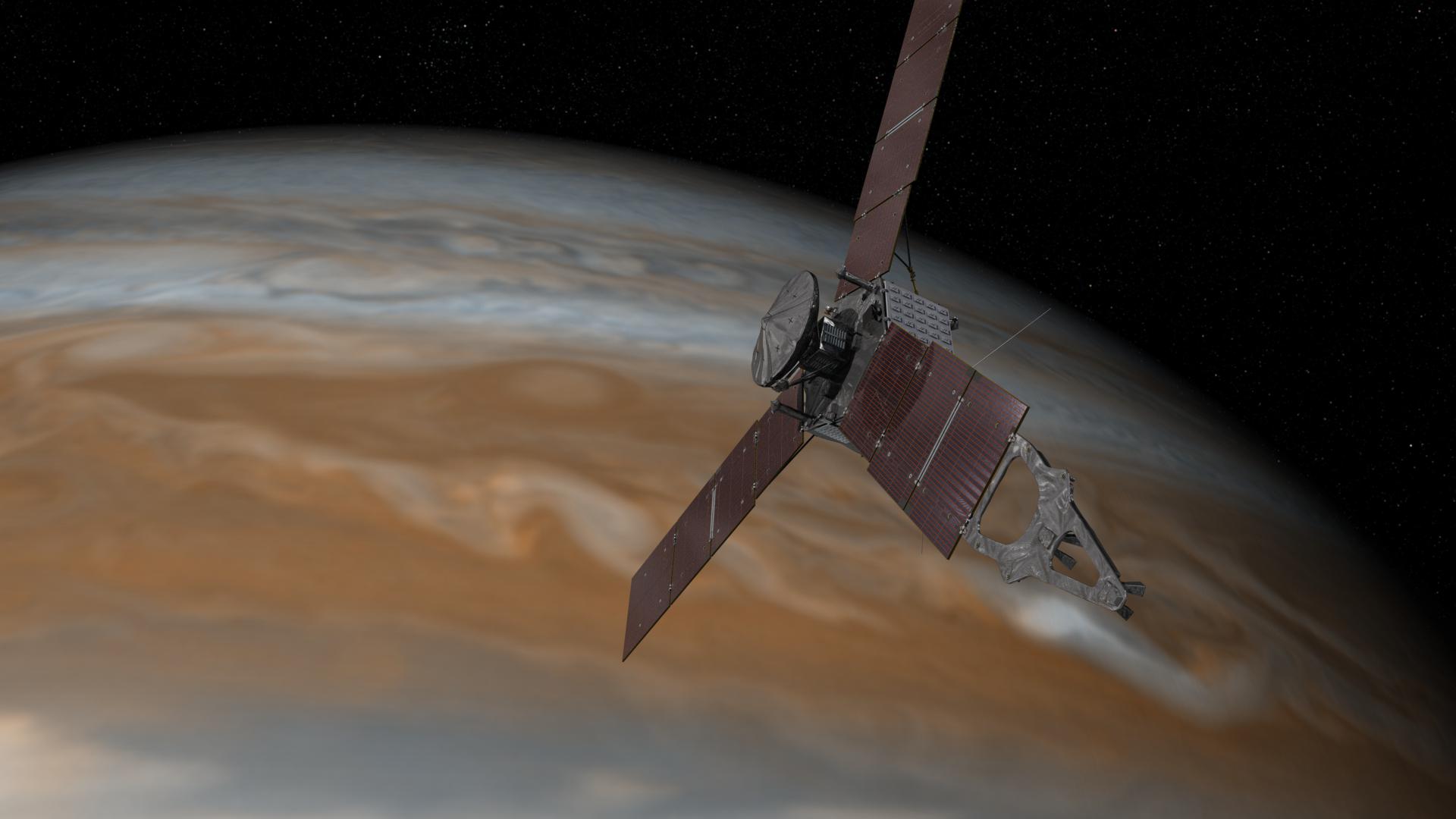 There has been a lot of excitement about the Juno probe this week, but what is it and what is its mission?

Juno is a spacecraft designed and operated by NASA, the US space agency. It was launched from Cape Canaveral on the 5th August 2011 and has taken almost 5 years to travel the 716 million kilometres to Jupiter, the largest planet in our solar system. Juno is 3.5 metres in height, and when its solar arrays are extended it’s more than 20 metres across. These arrays are covered in more than 18,500 solar cells, which allows Juno to operate even when it’s at such a great distance from the Sun. Why is it called Juno?

In Roman mythology Juno was the Queen of the gods. She was married to the king, Jupiter, who wasn’t always well-behaved. Juno had to peer through the clouds to discover what he was up to; the spacecraft is called Juno because it will be looking beneath the clouds that cover the surface of the planet Jupiter.

Aboard the Juno craft are 3 models of Lego minifigures: Jupiter, Juno and Galileo, who discovered in 1610 that Jupiter had moons. 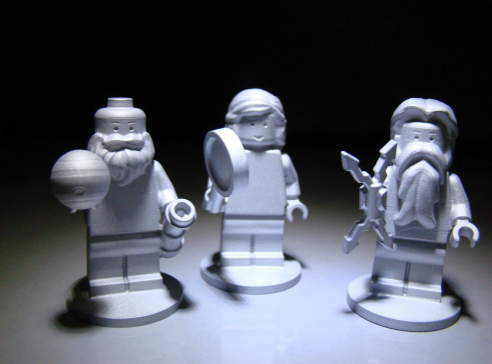 From left to right: Galileo, Juno and Jupiter. (Image: NASA/JPL-Caltech/LEGO).

What is it looking for?

Jupiter is enormous; it’s two and a half times larger than all the other planets in our solar system combined. It’s made entirely of gases and is believed to have no solid surface. The planet rotates at an immense speed, completing one rotation every ten hours, and telescopes have shown us that it has a cloudy atmosphere with colourful spots and stripes. The largest of these, known as the Great Red Spot, is a storm that is several times the size of Earth and has been raging for more than 300 years. 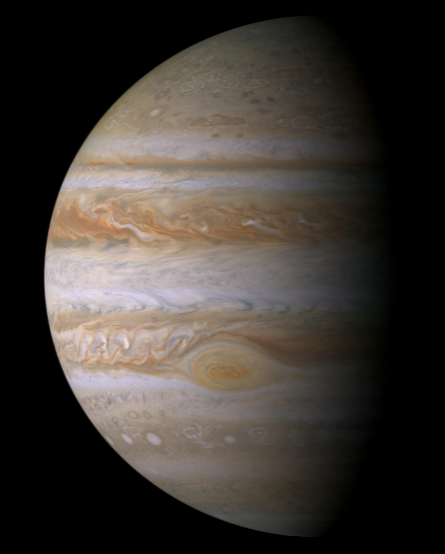 This mission is the first time that humans will be able to glimpse what lies beneath Jupiter’s cloudy atmosphere. The main objective is to understand how the planet formed and evolved, which will give us more information about the formation of gas giants as well as the rest of the solar system. Juno will also measure the quantities of water and ammonia within the atmosphere, examine the magnetic field that surrounds the planet, observe any polar auroras and measure the gravity to see whether a solid core may exist after all. 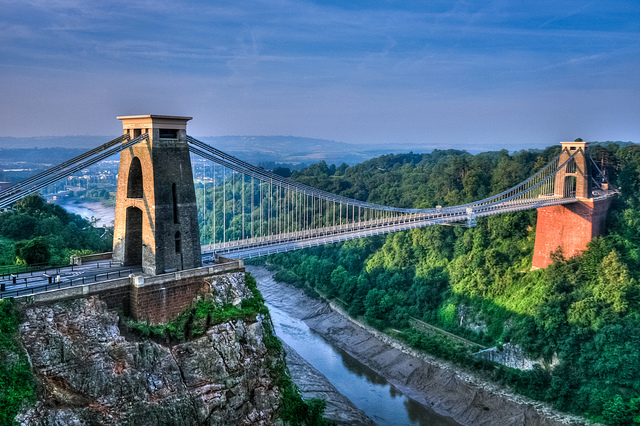 Everybody gets hiccups (also sometimes spelt ‘hiccoughs’). Even when babies are still in the womb they hiccup, which can feel very odd to their mother! But why do we get them and how can you stop them?

Hiccups are caused by the diaphragm (pronounced DYE-uh-fram). This is a large, dome-shaped muscle that sits at the bottom of your chest cavity, below your lungs. When we breathe in the diaphragm tightens, helping to pull air into the lungs, and when it relaxes it forces the air back out again. Sometimes the diaphragm becomes irritated and instead of tightening smoothly it does it in a jerky way, which makes air suddenly rush into your throat. This air is stopped when it hits the voice box and makes the opening between the vocal cords close very suddenly. This is what produces the sound of the hiccup.