It came first into English as dent de lioun in the late 14th century, and this comes from French dent de lion, which means “lion’s tooth”. This derived from the Latin dens leonis, and may have come from the Greek name λεοντωδών (leontodon), also meaning “lion’s tooth”. English has kept this name, while in French it is no longer in use, other than in the French-speaking areas of Switzerland and Belgium. 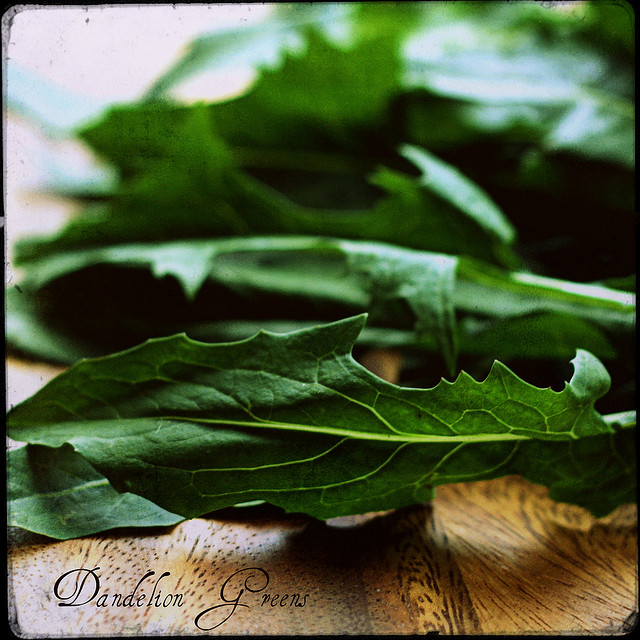 Why “lion’s tooth”, do I hear you ask? Well, despite the round yellow head bearing some resemblance to the lion’s mane, the name actually refers to the leaves, and their “toothed” shape!

You might think its story ends there, but in fact there are some other interesting words to look at. Its usual name in Modern Greek is πικραλίδα (pikralida), which means “bitter”.

In Hungarian there are several words. One is pitypang, which has a lovely ring to it, but my personal favourite is gyermekláncfű, which means “child’s chain grass”, in reference to the game of making a chain out of little flowers.

There is even a whole group of languages where the word for “dandelion” is related to the word for “milk” or “butter”. The Serbian word маслачак (maslachak) comes from the word for “butter”, and in Latvian it is known as pienene, which is formed from piens, which means “milk”. The word mælkebøtte in Danish translates literally as “milk-pot”!

This is not as strange as you might think. These “milky” names have come about because of the white sap that oozes from the plant when it is picked, that you find inside the stem.