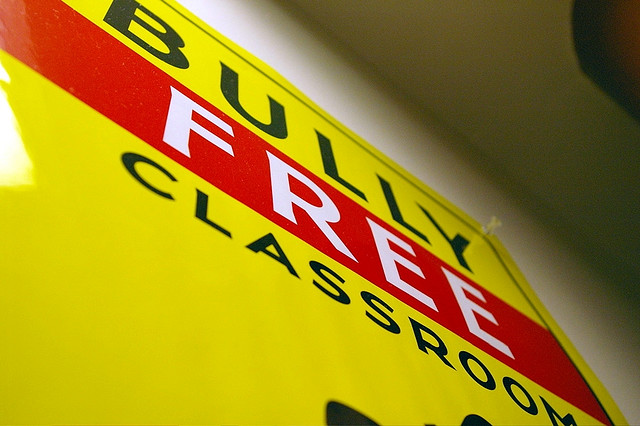 What do you do when you see someone being bullied? And what happens when the bullies are your friends? These were the questions that were occupying the mind of 11 year old Kirsty. Here’s her story.

Not so long ago the only thing on my mind at school was to fit in with my friends and to feel like part of a group.We were a very close circle and I was positive that they were the most loyal, kind and caring friends I could wish for. However, there was one thing that concerned me, their behaviour towards a boy named Ryan.

They called him gaybo and granddad because he had greyish hair and although I knew it was wrong I didn’t have the guts to stick up for him. But suddenly I noticed that it was not just Ryan who was a victim of their insults, many others were, including me.

As time progressed they began telling me how uncool the way I did my hair was, how uncool the music I listened to was and how much of a teacher’s pet I was.

Eventually with the help of my new friend Ryan I built up the courage to tell them that enough was enough, but even now I still wish that I had had been strong enough to break away from them and be myself from the start.

I am also still outraged at how easily my teacher just told me that if they weren’t calling me a gaybo then why was I bothered? However the one thing that I find hardest to believe is how desperate I was to be one of them and fit their image of perfect.

All of us have a right to be our own person, if you seek perfection then the only thing you need for that is happiness and comfort.