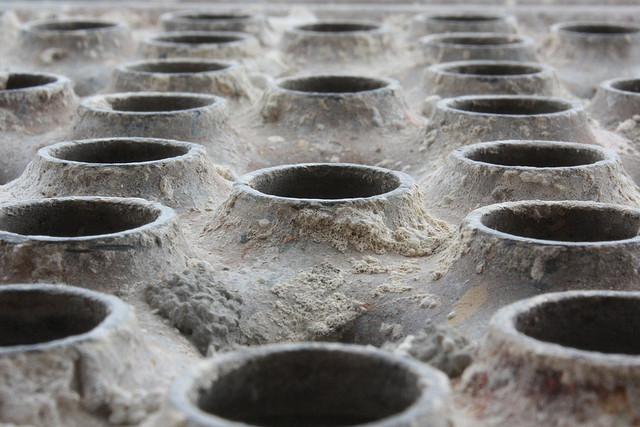 When you think of a volcano, what do you see?  A triangular mountain with its top off, spitting smoke, rocks and red lava flowing down the sides?  That’s the most common image, but in fact volcanoes can be lots of different shapes throughout their life.

A lot of people choose to live near the volcanoes of the world.  That is because of the geology of the area near volcanic sites.  Volcanic sites are rich in many types of flora and fauna and can tell us a lot about the history and geography of where they are, and also about our planet.  The science of studying volcanoes is called “volcanology”.

Volcanoes have three stages of life:

Sometimes the pressure gets too much and there aren’t enough cracks for the gas and lava to escape into.  The weakest part of the volcano then explodes and the eruption starts.

A volcano might explode quickly, from the top or side, or might release lava more slowly.  The damage it does depends on what is around it.

In the Bay of Naples in Italy there is a very famous volcano called Vesuvius.  Two towns nearby called Herculaneum and Pompeii were destroyed when it erupted in 79 AD.  Pompeii was buried under molten lava and ash but Herculaneum was destroyed by the ‘pyroclastic flow’ blast, which is a very fast burst of hot ash, lava pieces and gases.  Many more areas were damaged by the earthquakes that the explosion caused.  Vesuvius is a live volcano, and its last minor eruption was in 1944.

The lava and gases carry all sorts of nutrients to the surface of the earth.  These are very good for feeding the plants that may grow around a volcano before and after explosions, and that in turn means there is a lot of good food for animals.  The ecosystem* around a volcano is a good one for all of nature to grow and do very well in.

Different volcanoes have different wildlife around them depending upon where they are situated.  Vesuvius is in a small area with lots of people living there and by the salt-water sea.  This means the area is good for growing grapes and is famous for wine-making. There are many fruit trees and the area has over 140 different kinds of birds living there.

Another famous volcano is called the Yellowstone Caldera, found in Yellowstone National Park in the United States.  Yellowstone is very large, so large that ‘Caldera’ actually means volcano mouth so it is named only after the top part of it!  Yellowstone is landlocked with a fresh-water lake, and very few people living there.  It is a better environment for larger plants, trees, large mammals and fish, and even has some endangered species of animal living there such as wolves and bison.

Not all parts of a volcano are good for wildlife; the caldera of a volcano is quite poor in nutrients.  Slightly further away where the soil, nutrients, lava and ash mix the earth is better for growing plants and therefore supporting animals.

When a volcano erupts under the sea, it can sometimes produce enough rock, lava and ash to form new islands.  Hawaii was formed by huge volcanic eruptions, and as late as 2013 a new island developed next to Japan after a smaller eruption.  Did you know that if you have a pumice stone in your bathroom to get rid of dead skin on your feet, you have a piece of a volcano in your house.  Pumice is volcanic rock!

Volcanoes are fascinating places, full of life and history.  No two are exactly the same, and they always have something new to tell us about the area they are in and the people and nature surrounding them.

* Ecosystem  means the area in which climate, food, animals, birds, insects, plants and all other living things rely on each other to survive

* Flora and fauna is used to mean plants and animals