These days, we all know what a penguin looks like. Even if you haven’t seen a real, live penguin, I’m sure you have seen pictures, perhaps watched them in a film. It seems strange to think that people in Europe had no idea they existed for so many centuries! Perhaps you have wondered about that part of history. 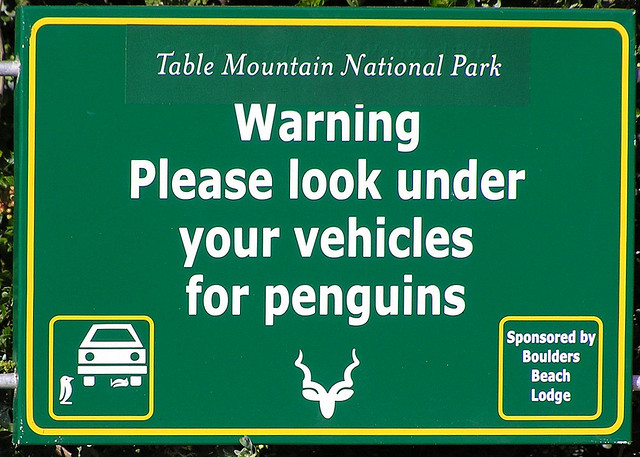 But have you ever wondered why they are called penguins? Where did this name come from?

To answer that question, let’s take a look at the word itself. It is easily split into two parts: pen and guin. If any of you happen to know some Welsh, you may recognise these words: pen means “head” and gwyn means “white”. So literally it means “white-head”.

Wait a minute, I hear you say, surely that can’t be right. Why would we call penguins “white-head” when they clearly have black heads? We have mentioned in the past that black comes from a word meaning “white”, is that it? No, the colours were well established by the time this word was coined. So what is it then?

Well, it seems that the name was originally given to the great auk, a species of bird that is now extinct, but one which had a white head. It was also a large bird that lived in cold water and did not fly, and also had black and white distinctive features, so there were certainly some similarities between the two species.

So why a Welsh word? When Europeans first encountered the birds, they would have been on ships sailing to the Americas, and it is a mistake to assume that these ships were crewed entirely by people speaking just one language. One ship that sailed around the world, known as circumnavigation,  in 1577-1580 kept a logbook, where it was written: “a foule [think of “fowl”], which the Welsh men name Pengwin”. That ship was the Golden Hind, and the captain was Sir Francis Drake.