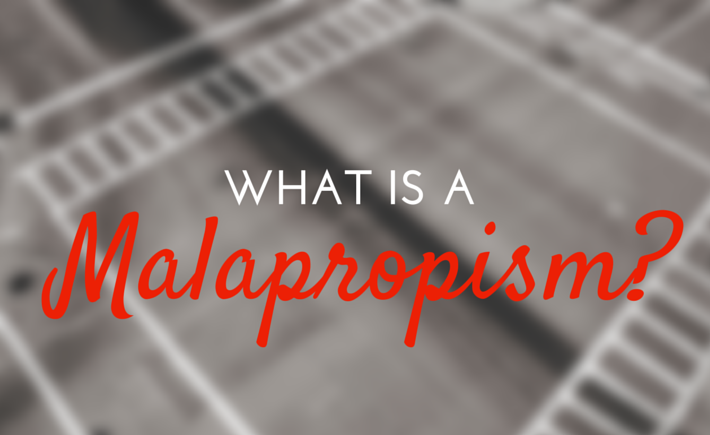 Obviously you don’t want to eat the television, but you may be hungry as well, and your mind is thinking of two things at once.  Your words then get mixed up and you end up saying something very strange and rather amusing.  Often the malapropism will be about words that sound similar so it could be that rather than watch telly, you might say you want to ‘wear’ telly.  Again, that would be a very odd thing to do.

I remember being in my first French class in Year 7.  The teacher asked me a question and I loudly called him ‘Dad’ in front of the class.  It was very embarrassing, and funny, although it did take me a while to find it funny myself!  Any malapropism can be funny, embarrassing or even get you into trouble as sometimes they can be unexpectedly rude! 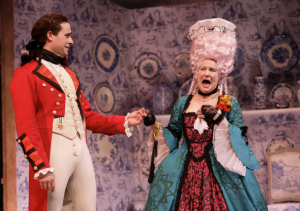 The word ‘malapropism’ comes from a character in a play called “The Rivals”.  The play was written in 1775 by a playwright called Richard Brinsley Sheridan.  He was as popular in the late 1700s as William Shakespeare was 150 years before.  Mrs Malaprop was a character who was the older aunt of young romantic leads.  She was a bit nosy and always getting caught up in other people’s business, by accident or deliberately.

Mrs Malaprop was always getting her words mixed up, for example saying “pineapple” instead of “pinnacle”.  Such was the popularity of the play and of Mrs Malaprop, the mistakes she was known to make in using the wrong words became named after her.

A malapropism is sometimes called a ‘dogberryism’ after a character called Officer Dogberry in a Shakespeare play called “Much Ado About Nothing”.  This is much less common, and you may never hear the word ‘dogberryism’ in your life.  In this instance, Sheridan proved more popular than Shakespeare, and it is not often that can be said!

Famous people such as politicians can be caught out making malapropisms, and this can sometimes cause them 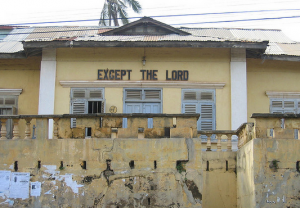 problems.  The former President of the United States, George W. Bush (sometimes called George Bush Junior as his father was also President in the 1990s), was well known for making such errors.  For example, he once said “hostile” instead of “hostage”.  It was lucky that people knew what he actually meant or that might have caused lots of problems!

Many writers will use malapropisms in their books, scripts or comedy.  It is a very useful tool to make people laugh, and as you can see it has been for many hundreds of years.