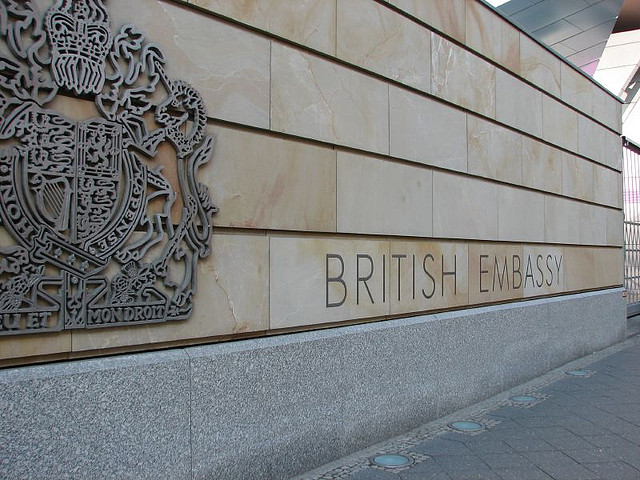 When you think of a diplomat, what do you imagine? For some, it will be posh frocks and parties. Others will think of exciting spying missions in exotic countries – Our Man in Havana, or perhaps Our Woman in Harare? If you want to be a diplomat, we have some great advice for you today. This was written from the viewpoint of UK Foreign Office applicant, but much of this will apply to citizens of other countries too.

Of course, the reality isn’t usually as exciting as the films and books lead us to believe – just like with all Government civil servants, a great deal of the time is spent fighting paperwork and managing staff. But if you’re looking for a fascinating, constantly changing career which will – quite literally – take you places you’ve never been before, look no further than the Foreign and Commonwealth Office (FCO).

How to Become a Diplomat

Easier said than done, you might think, and it is true that a job at the FCO is one of the most sought-after career options in the country. So how do you go about getting your foot in the door?

For a start, there are several different entry levels – including an administrative level (where you do most of the dogsbody work, but have the option to work your way up), the middle-level entry and for those who are really the crème de la crème, the Fast Stream.  For every level, but in particular the top two, a keen interest in current affairs (both international and local – it’s always useful to understand how our own Government works if you are going to be working so close to the centre of power) will always do you well.

What Skills Will I Need?

An ability to speak, or learn, another language is also helpful – although not compulsory. Otherwise, any skills you can get under your belt, including working and communicating with people, good writing skills and the ability to adapt to often fast-changing circumstances will help you when it comes to the extensive entry tests and interviews.

What Can I Expect to Do as a Diplomat?

Unfortunately, you will probably spend your first two or three years in London – whilst you might be desperate to set off immediately for foreign climes, you will need to learn how things work at Head Office. But don’t despair – the work you’ll do in London is often the most exciting and fulfilling, and could include anything as varied as helping ministers, writing reports on things such as climate change or arms control, manning the desks in a crisis such as a war or terrorist atrocity, helping your colleagues overseas dealing with Brits in trouble….

When Will I Be Sent Overseas?

Once you’ve completed your time in London, you should be able to apply for your first overseas job. One of the fantastic things about the FCO is that it has missions (Embassy’s, High Commissions or consulates) in hundreds of cities across the world. Your career could take you to such exotic places as Rio de Janeiro, Madagascar, Phnom Penh…even the very, very remote island of Pitcairn (where the mutineers from The Bounty ended up).

You might also end up somewhere a little closer to home like Brussels or Paris – but wherever you are you will almost certainly be doing some interesting work. This could include representing your embassy as a press officer, writing reports on the local economy, interviewing visa applicants, getting to know local politicians….along with the opportunities to explore your new country on your days off and meet lots of interesting people, you will certainly not have a boring life.