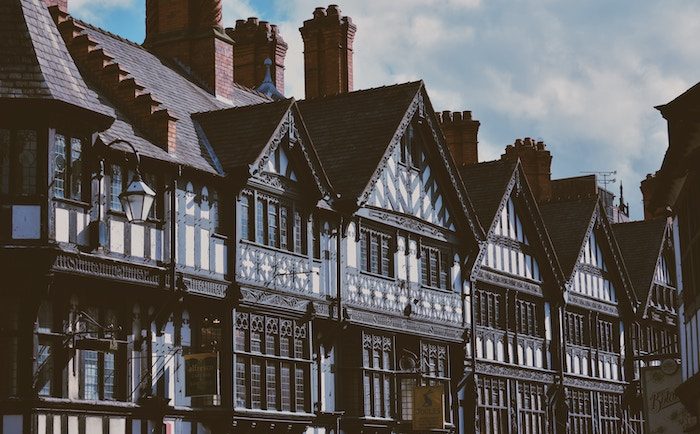 If you have learnt a foreign language, or if you are bilingual in another European language, you may have noticed that there are a number of words that are similar to words in English. Perhaps you may even have been told that some of them are derived from Latin or Greek, or that they have Germanic roots. But why is the pronunciation so often so different in English?

The difference is in the way that vowels are pronounced.  Vowels, as you may have learned in school are the letters a e i o u and y.

Take a look at the French word décider – can you guess what it means in English? If you thought it means decide, then you are right! We can see that it is from the same root, but the pronunciation is very different. In English we say dee-side, but in French the letter i is pronounced /i/ (with an ee sound). Listen to the difference here on Google Translate.

Why is it communicare, with the final three letters pronounced ah-reh in Italian, but communicate in English, the A with a different sound? Listen to the difference here.

An important reason for these differences is known as the Great Vowel Shift. This term was invented by a Danish scholar, Otto Jespersen, who studied this phenomenon.

What is the Great Vowel Shift?

It describes the process that English went through to have such different pronunciation from its neighbours. The theory is that older forms of English, up to the period known as Early Middle English, pronounced the long vowels in much the same way as in Latin: like modern Italian or Spanish, or even German. And then something started to change.

The changes began in the 12th century, but this was only the start. This was not something that could happen overnight; people didn’t all wake up one morning and decide all at the same time to pronounce their language differently. It took a long time and many generations. The main changes could really be seen during the 15th century and at the start of the 16th century, although the process continued well into the 18th century.

Vowels in English shifted: that is, they moved. But what does that mean?

We say they moved, because the position of the tongue and the mouth in order to articulate (to produce the sounds) changed. The tongue moved.

Try it for yourself. Make a vowel sound like the E in ‘bed’, and then say ‘sheep’. Notice how your tongue moves to a different position in the mouth in order to make the ‘ee’ sound. In short, it shifts. And you may be interested to hear that I chose ‘sheep’ for a reason; it would have sounded like ‘shep’, with a slightly longer vowel.

There are still words in Modern English that pronounce vowels in the same way as in other European languages. We say ‘ee’ for the Y in ‘only’, for example.  But we don’t use the same sound for the O as we do in ‘hot’.

The point is that in ‘only’ the stress (the vowel that we pronounce most strongly) falls on the O. This means the Y is unstressed. The Great Vowel Shift largely affected stressed vowels. Not only that, but of course, some words escaped the process completely and did not go through the change.

Why does language change?

First of all, languages change all the time. Otherwise we’d all be speaking in the same way as King Alfred the Great, or perhaps even the same way as early tribes, and there would be no need to learn any foreign languages, as we’d all speak the same one. So change and language evolution is a normal, natural process and is nothing new.

With the Great Vowel Shift, the honest answer is that we don’t really know why it happened: we can’t be sure. But there are two main theories.

The first one is to do with the movement of people around the country. This was a period of social upheavals, for many reasons, and the result was that people from Northern England, and from the Midlands came into greater contact, in larger numbers, with people in the south, especially in London.

This meant that a number of different dialects and local pronunciations came in contact. This may have led to people adopting a slightly different pronunciation in order to distance themselves from people that they regarded as being of lower status.

What this means is that richer people, or people with important positions in society, did not want to sound like poorer people. But over time, the poorer people wanted to sound more like the wealthier people who had better social standing, and so they copied these changes in pronunciation, thereby pushing the shift even further along.

The second theory has a lot to do with English history and foreign relations. French had long been the language of the aristocracy, and this was sometimes resented. French started to lose its social standing, and at the same time English, the language of the ordinary people, gained status.

As the position of English rose and its status grew, people gradually adapted its vowels, again to distance themselves from the common people, or to give it what they subjectively saw as a more refined sound.

Whatever the reason, it is a fascinating part of the history of our language. Next time you are learning French in school, listen carefully to see if you can hear evidence of the Great Vowel Shift!

Photo by Mitch Rosen on Unsplash