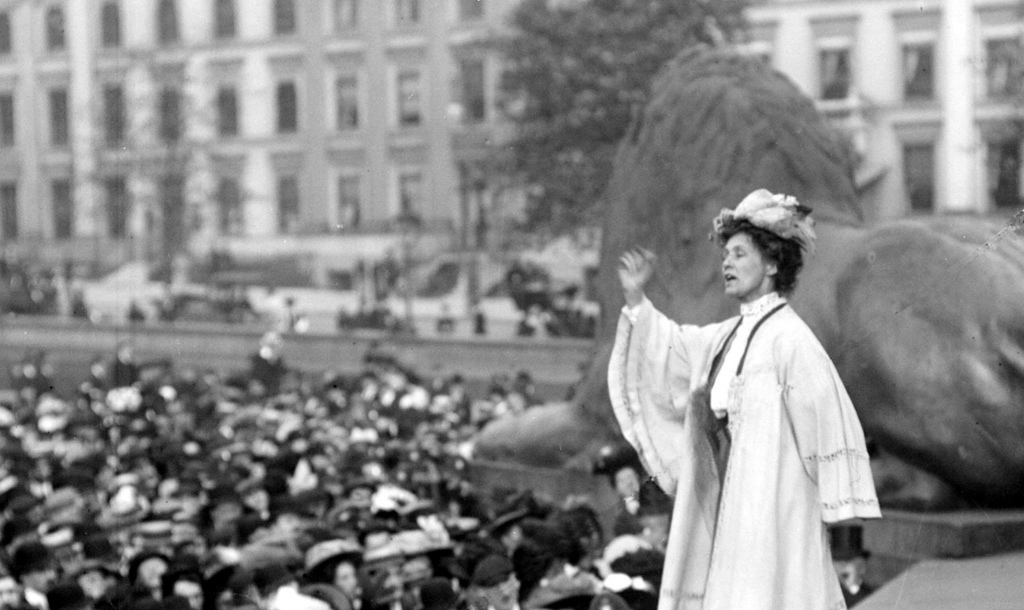 Contributor Kait is 15 years old. This is her fictional  diary entry of a  14 year old girl called Daisy, whose homework this week is an essay about Women’s Rights and Equality.

The paper was staring at me taunting me. The history project is due tomorrow. there should have been a full page of writing staring at me about womens rights, womens equality and the changes through from the, ummm, late 1800s to ummm nowadays? i guess… Feminism? Right? Thats what it is.

So our annoying teacher told us to right an essay and i am crap at research sooo… i used notes. Class notes. Even though he said not too but what the hell.

Right so there was this group of women in the… Uhhh… Late 1800s? yeah and they were called the Suffogets. you know in that mary poppins film? and the kids mom comes home singin and dancin about the ‘sister suffogets’ and the dads not supposed to know cause hes a sexist pig. anyway women back then didnt have the right to vote so they faught against the government raising awareness, giving out poster leaflets and in 1913? June 5 this Suffoget women Emily davison dies under the kings carriage tryin to raise awareness How sad is that? not that it worked anyway as the womens already prejudiced status was lowered and these women were deemed as violent and not as clear thinkers. (Yeah right)

So by the time ive written this massive paragraph (or so i thought) im starving and then i wonder what they ate and did and blah blah blah turns out most of these of women have kids and familys. isnt that weird? you kinda picture them as lonered people who dont have a life weeiiiirrrrrdddd.

So anyway after this happened lots of other suffoget women were arrested and they went on hunger strike so then lots of political squabbles happened between these women and the government. it happened so often that it became assumed that the suffogets wood go on hunger strike cause it made the authorities look bad and these Women just got weaker and weaker. they were then released from prison but they would be too weak to take part in the violent struggles. However when they had regained their strength they got re arrested for really stupid things and then the WHOLE process started again! then world war 1 broke out so cause the men were off fighting the women had to step in and take the mens jobs. This kinda brought a whole new perspective on women and what they could do (yay! cause this was a positive effect rather than negative) So eventually in… 1918???… the document ‘THE REPRESENTATION OF THE PEOPLE ACT 1918’ was passed and certain women over 30 were allowed to finally vote. i think this was an amazing step forward for women and those women who died or whos grandkids watched them achieve this miracle would really really really proud!!!

So anyway after world war 2 it was a chance for everyone to start again. unfortunately women got downgraded again and were forced to stay at home and be a house wife person. there was this article from like 1950s ish that was from the good housing keeping magazine or something like that and it said that womens conversations were never as important as the husband and some other stupid things like that (grrrrrrrrrrrrrr!!!!!) i find it really stupid tho cause how can women go from being valued and important to keep the country good to be being ignored and pushed aside? in a few short years? urgh all the men did was run around and kill other people which is just pointless and stupid.

Anyway there was something called the ‘second wave feminism’ and this was the reference to the 60s (through to the 90s as well but not as obvious) and first wave feminism was the reference to the war periods. while the first wave was mostly about political equality things like voteing the second wave was about offensive topics and dealing with them like a womans sexuality or in the workplace and birth rights.

as part of this ‘project’ we had to do a lil timeline thing. so i did mines on the 60s which which went somethng like this:

1961: supposedly the president establishes womens rights as a key issue and hires many into high ranking positions in his office (many disagree cause he was a lazy git) and A feminist book is written

1963: something called a commissions report? was written which showed discrimination against women in different areas of life and gives a rough idea about creating equality. theres special concerns like at work for hiring, maternity leave and childcare… blah blah blah and 2 more feminist books are published and one becomes a bestseller (according to wiki it was the basis of the feminist movement)

1964: (some roman numeral no.) civil rights act bans employent discrimination of sex or race or… and something called the equal employment opportunity commission is created

1965: a case or something called ‘weeks v southern belle’??? wins a fight against labouring laws and regulations about hours and conditions of women work this then allows women to take ‘men only jobs’ (load of crap who says men are better?)

1966: 28 women founded NOW the national organisation for women (currently its the largest womens in the u.s and continues to fight using lobbying? litigation? and public demonstrations)

(What on earth do those words mean???)

1967: an executive order gives the presidents action policy from 65 about sex discrimination and it means that companys and places like the fbi have to take measures so that everyone (including minority groups) can get similar educational and employment opportunities as white males. the senator ‘eugene mccarthy’ gives the equal rights amendment to the u.s senators and loads of pro women groups are started in the u.s.a

the 60s were kinda just a starting point for feminism but it really started in the 70s, however a lot of the things were based on the 60s but basically feminism became a huge thing. more books were published every year about feminism more groups were founded and so were organisations. many strong independent feminist leaders came into play like… uhhh… betty friedan… bella abzug and… shirley chisholm (not to be confused with shirley temple who was a little angelic BRAT! off stage anyway)

There was song which became the feminist anthem or something. it was by someone called helen reddy? and the song was called ‘i am women’ the chorus was like:

Our annoying teacher wouldnt let us write personal opinions! how stupid is that? the whole point is that feminism is women taking control order rights decisions for themselves and moving men aside (they could walk away but some idiots wont budge) however particularly in America it was middle class white women protesting about feminism cause the black women were already doing the house chores and cleaning and etc etc. so many black women (and asain or other maybe) didnt agree with feminism cause it didnt appeal to them (which is understandable i mean look at rosa parks!)

so i think that feminism (however small it is too people) will have shaped everyones lives cause i have the right to vote i go to school im gonna get a job  and without all the craziness and struggles that people endured society wouldnt be the same cause wed all be mindless idiots! feminism is an amazing and strong role in EVERYONES lives