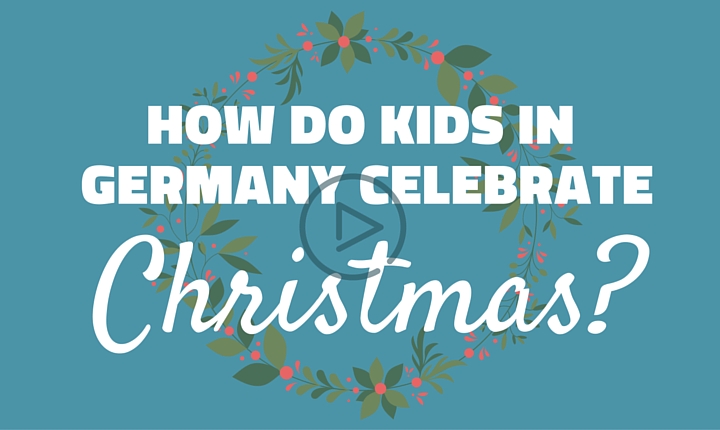 Have you ever wondered about the Christmas traditions and customs in other countries? We are starting a new series – today we’ll take a look at how kids in Germany celebrate Christmas.

The biggest difference between festive celebrations in Germany and UK, is when they start. While we do start talking about Christmas, and maybe even doing some shopping, we don’t really have much going until just before the big day. In Germany, die Adventszeit is really important time. In UK, we have an advents calendar to count down the days, but in Germany, they really go to town. 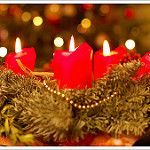 In Germany, die Adventszeit is really important time. In UK, we have an advents calendar to count down the days, but in Germany, they really go to town.

Advent officially starts on the 4th Sunday before Christmas, so in 2015 that will be 29th November. Many families have eine Adventskranz (wreath), with 4 candles – one for each of the Adventssonntage. It is also lit at Christmas, but more to that later! During Advent many families back Plätzchen. There are countless recipes for various types of these little biscuits, with names like Spitzbübchen (which means mischievous boy!),  Zimtsterne (cinnamon stars), Vanillekipferl (vanilla croissant), Kokosmakronen (coconut macaroons).

We couldn’t resist sharing this amazing Plätzchen Maschine (biscuit machine) with you, but stress that Germans don’t all have machines for this. Normally they just use a rolling pin, and cut out shapes with biscuit cutters.

Here is an old family recipe for Plätzchen, for you to try

After the Plätzchen have cooled, it’s time to decorate them. With Zuckerguss (icing) or Puderzucker (icing sugar). 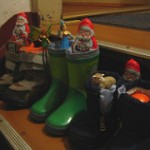 In Germany, the children don’t have to wait till Christmas for the first of their presents. They are visited by St Nikolaus in the night from 5th to 6th of December.

Before they go to bed, they put their Stiefel (boots) outside their door, and in the morning, if they are lucky, St Nikolaus will have filled their boots with chocolate!

St Nikolaus isn’t Santa Claus, he’s a historical figure – a Bischof (Bishop), which explains why he’s wearing the outfit in the video below! Sometimes he’s accompanied by slightly scary ‘helpers’, such as Knecht Ruprecht, or in the Alpine regions, creatures called Krampus. Traditionally, Ruprecht and Krampus put sticks into children’s boots instead of chocolate, if the children had been misbehaving. I prefer a visit from St Nikolaus on his own, like this family enjoyed. 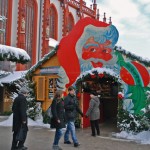 We are starting to see more of these in UK in recent years. In Germany most towns have a market during Advent. They sell traditional handmade gifts, seasonal food and drink, and of course Christmas decorations.

Families wander over the market at the weekend, stopping to eat a Bratwurst (traditional German sausage), and drink a delicious Heisse Schokolade (did you guess? Yes, a hot chocolate!) or a Kinderpunsch. No punching here! Its a warm fruity juice, just right for a cold wintery day! 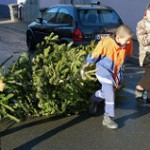 Have you sung this song in school? The tradition of decorating the house with a tree was brought over by Queen Victoria’s husband Albert, from his native Germany.

While many families in UK now have a plastic tree, most Germans still prefer real trees. Traditionally the tree would be decorated on Heiligabend (24th December), but some families now decorate earlier these days. 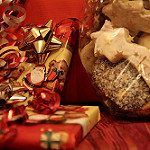 The main family celebration takes place on Heiligabend (Christmas Eve), with a delicious meal, and the exchanging of presents. The Germans even have a special word for this – die Bescherung!

There are various names given to the person who brings the gifts, depending on the area of the country. Some families are visited by das Christkind,  who sneaks into the living room while the children are not looking, ringing a little bell when he leaves. Other families believe in der Weihnachtsmann (literally Christmasman, but we’d call him Santa Claus).

Many families then go to church for the Mitternachtsmesse where they are very likely to sing this song. You’ll know it as Silent Night, but here it is in original German, sung by Dresden Kreuzchor.

Germany is a large country, and so there are regional variations of these traditions, with even more in other the German speaking countries, Austria and Switzerland.