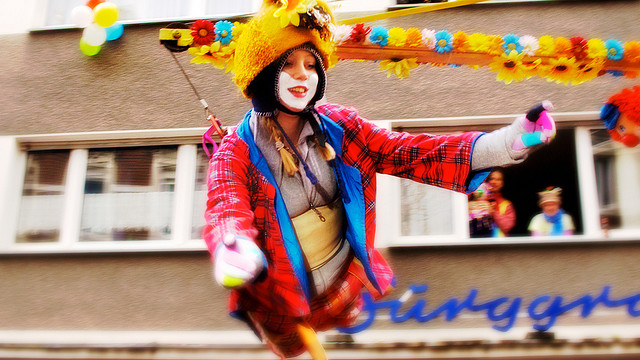 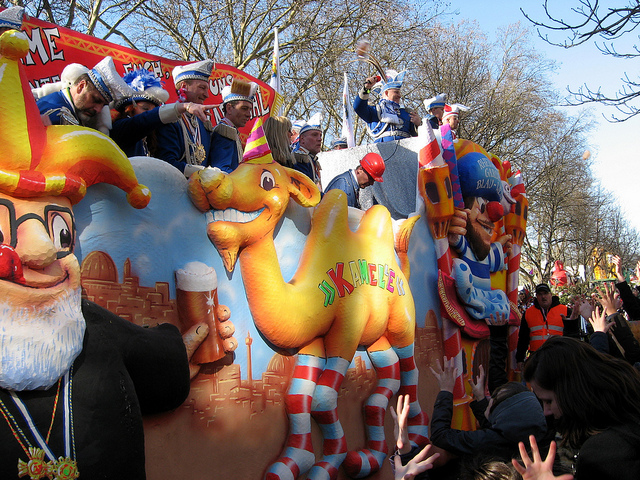 If you happened to travel to Cologne or Duesseldorf, or any other German town this weekend, you might think that you have entered another world, because this weekend is Karneval in Germany.

People wander around in fancy dress, hugging and kissing each other, throwing sweeties, and generally having a good time.

On Monday the neighbouring cities of Cologne and Duessldorf vie to present the best Rosenmontags Parade.

Karneval officially starts on 11.11 at 11.11am, and from then on till the weekend before Lent, Germans join in the ‘fifth season’. In the run up to the Karneval weekend, there are lots of concerts, balls and children’s parties,

Cat lived was born in Germany so knows all about Karneval. Where she was born in the south of Germany, it is called ‘Fasching’, and in Switzerland it is known as ‘Fastnacht’. 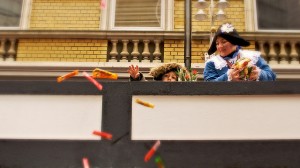 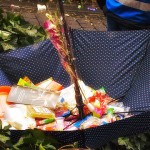 How To Catch Sweets

Karneval or Fasching is an activity that many people in Germany celebrate. Basically what they do is they go to a certain place, normally somewhere in their town, and dress up (as anything) and big parade floats come along with people on them that usually throw sweets (called Kamele) and sometimes little gifts.

It is normally sometime in February (the weekend before Lent). 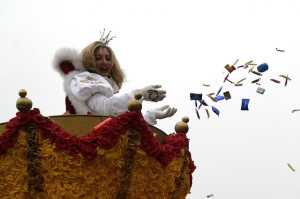 WHY DO THEY DO IT?

Because it is the last celebration before you need to give something up for Lent. (Don’t say you’re going to give up school, it doesn’t work!)

DO OTHER COUNTRIES CELEBRATE IT?

Yes, there are carnival celebrations in  Rio, Basel, Venice and New Orleans. It is often called ‘Mardi Gras’, which means ‘Fat Tuesday’!

How to catch sweets pic