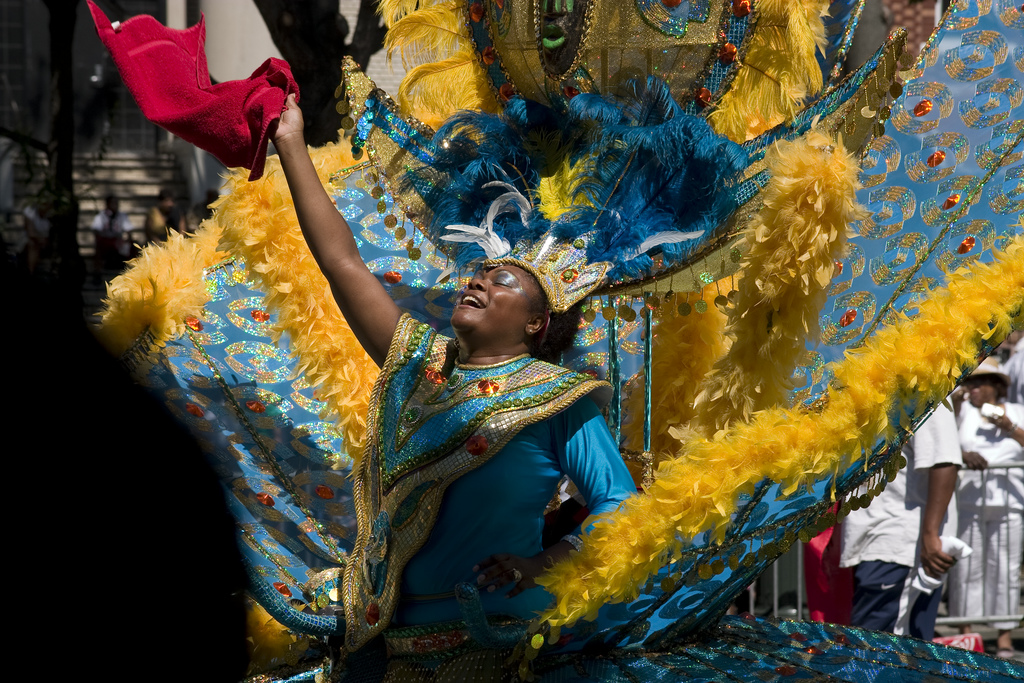 You might have heard of the carnival in Rio, but did you know that there are carnivals around the world – from Germany to Greece, USA to Italy?

Millie Slavidou explains where Carnival comes from on her blog

Long before the advent of Christianity, people held celebrations at this time of year. In Germany, they once looked forward to sending Hel, the goddess of the underworld, back down to her abode so they could herald the coming of the spring. In Greece, it was a time to worship the god Dionysus. With the arrival of Christianity, the celebrations continued, but changed in nature, gradually becoming more and more linked to the new religion. The Carnival is held in the period before the start of Lent, and Lent is the time when good Christians were supposed to fast, to abstain from meat

In the UK, we don’t celebrate Carnival, but we do prepare for Lent – that is what Pancake Day is all about, after all. Traditionally, pancakes were made to use up the eggs, fat, and butter, that were not to be eaten during Lent!

Take a trip around the world with us, to find out how other countries celebrate Carnival! 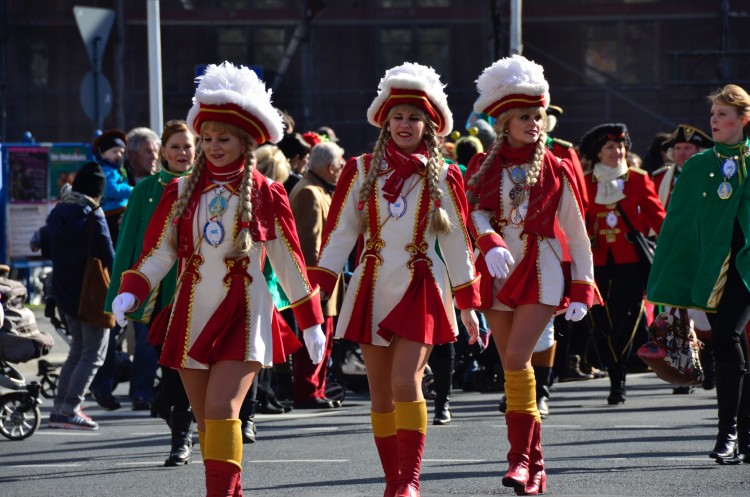 In the Rhineland area, Carnival is called Karneval, but further south they say ‘Fasching‘ or ‘Fastnacht‘. The fun starts in November, to be precise at 11.11 am on 11.11!

Thursday before Lent is Weiberfastnacht, the day that the women are in charge! Or if you wait till Sunday or Monday, you can watch the fabulous parades! 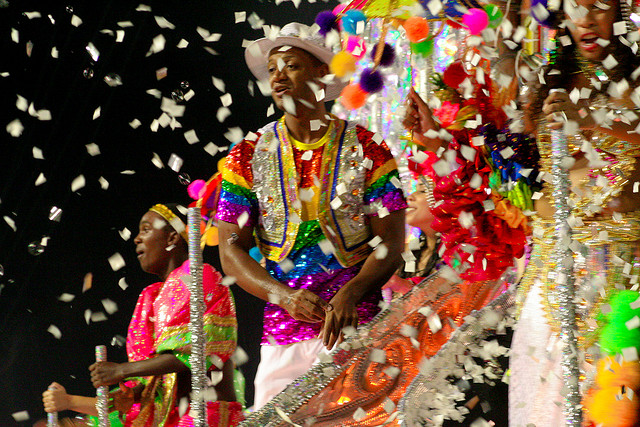 The first carnival in Rio dates back to 1723, and it is now the biggest in the world, with around 2 million people attending every day! The Sambadrome is a purpose-built parade area, where the top Samba schools compete – there are around 200 Samba schools! 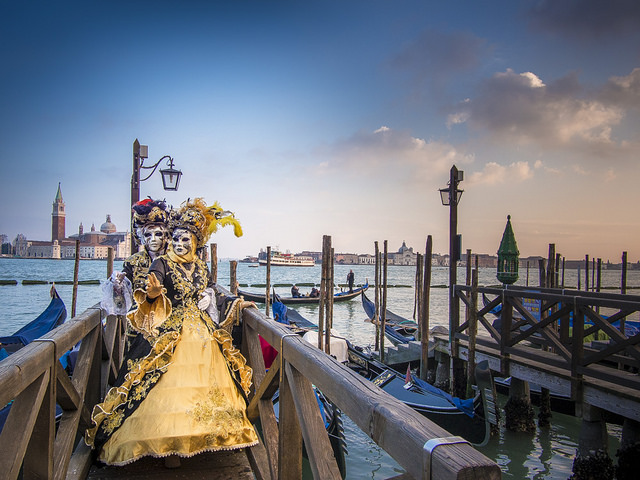 The Venice Carnival is all about the elaborate masks. Said to have begun in 1162, it grew in popularity over the decades, becoming an official carnival in the Renaissance period. It was banned by the King of Austria in 1797, and the wearing of masks was prohibited. It gradually reappeared in the 19th Century and was officially recognised by the Italian government in 1979. Today around 3 million people attend the carnival, with the judging of the most beautiful mask on the last weekend a particular highlight. 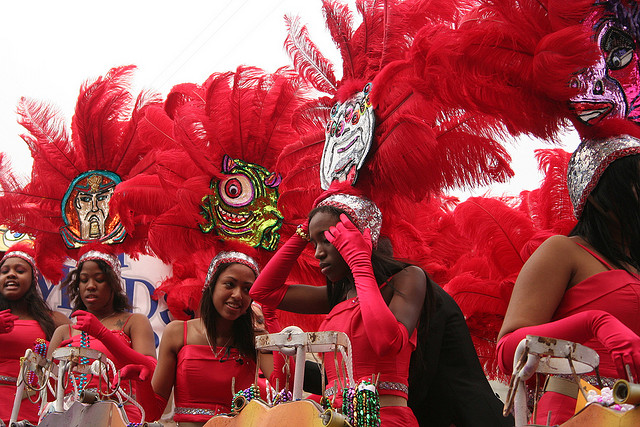 Mardi Gras literally translates to “Fat Tuesday”, reflecting the tradition of using up all the fatty and rich foods before Lent. It isn’t celebrated throughout the USA, but the area of Louisiana was settled by the French in the late 17th Century. The capital city of New Orleans recorded the first Mardi Gras parade in 1837. On 6th January the season commences, with a series of parades, balls, and parties until the Tuesday before Lent. The ‘krewes‘ or floats drive through the city, and the krewe riders toss ‘throws’ into the crowd – the most common throws are brightly coloured beaded necklaces, doubloons, throw cups, or small toys. 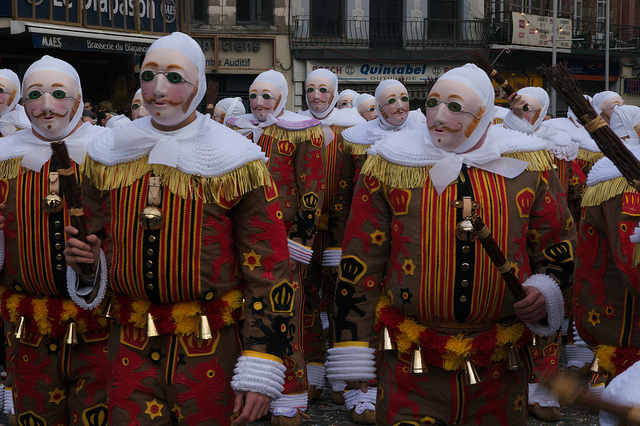 The Carnaval di Binche takes place in Belgium, and the most recognisable characters are the slightly spooky clown-like Gilles. From dawn on the final day of the Carnival, the Gilles roam the streets, shaking sticks to ward off evil spirits. Later they wear huge hats, decorated with ostrich feathers and march through the town, with baskets of oranges, which they throw into the crowd. The oranges are considered good luck, as they are from the Gilles. 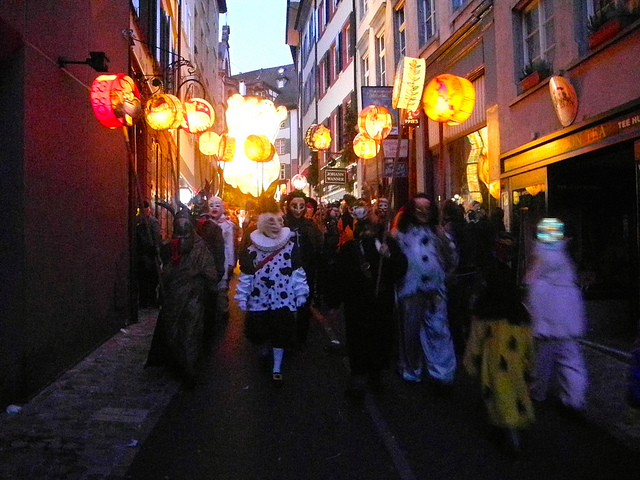 No one knows for sure why the Basel Carnival celebrations are a week late. The Baseler Fastnacht is the ‘only Protestant Carnival in the world’ and begins the Monday after Ash Wednesday at 4 am. The city turns out all the street lights in the old town, and the only light comes from the lanterns of the ‘Cliques‘. There are several groups who take part in the celebrations, including the Cliques, the Gugge (brass band), Schnitzelbank singers, and the Schyssdräggziigli. 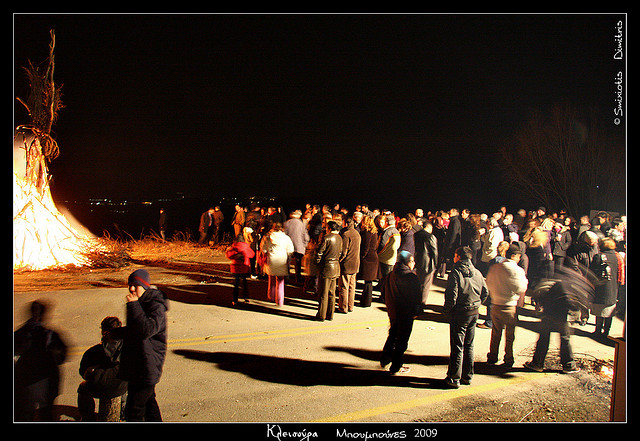 The word Apokries literally translates to ‘saying goodbye to meat’! The Thursday before our Lent (which is confusingly TWO Thursdays before Lent for the Greek!)  is Tsiknopempti, or ‘Thursday of the Smoke of Grilled Meat’, and is officially the last week of eating meat before fasting.

The festivities in Greece are a week later than in most of the world (except Switzerland!).