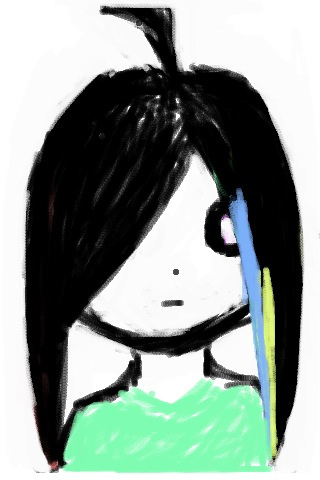 Okaaay then I’m just, you know, gonna be talkin’ about JUDGING PEOPLE!!!!!

I’m writing about this because I get judged a lot, and I think that it is important that people stop with the labels. *cough* PERSONALITIES *cough* Anycow, these are some of the main labels which le moi will be talking about

People that get called nerds are generally people that wear glasses and are very smart (AKA your future world leaders.) I think this is just a stupid label because we all know that nerd is used by people who are just trying to cover up the fact that they don’t feel clever around this particular person. “Nerds” also people who play Pokémon (respect my fellow Pokémon players) and watch anime.

This is a name that I get called a lot. So called “emos” are people that generally wear a lot of black and listen to music such as Motionless in White, Black Veil Brides and Asking Alexandria. The stupid thing about this label is that as we all know “Emo” is just short for emotional and, let’s get one thing straight, last time I checked “emotional” was a state of mind not a fashion trend.  “Emos” also get mistaken for “scene kids” and “Goths”.

WOW!  Yet another label I get called! Anycow “scene Kids” are generally people that are obsessed with Pokémon, Hello Kitty and Rainbows and Unicorns and all that Jazz. So called “Scene Kids” listen to music such as Jeffree Star, Blood on the Dance Floor and Matthew Lush. They say stuff like “ZOMG!”  And “K’BAI!” They are normally loud and random.

Often mistaken for “emos,” people that are generally called “Goths” also wear a lot of black and listen to music such as Nine Inch Nails, Sisters of Mercy and The Cure. Goths were originally a Germanic tribe who invaded the Roman Empire. SERIOUSLY PEOPLE!!!!!! Also, while I’m on the topic, I have just found the most epic definition of a “Goth” on Urban Dictionary:

Just another person in this world… Lives, breathes, dies.

Random person 1: Yo dude look at the Goth chick!

(PS no hate to the bands/labels mentioned.)

Elisabeth is 13 years old and this topic is very important to her. What do you think?