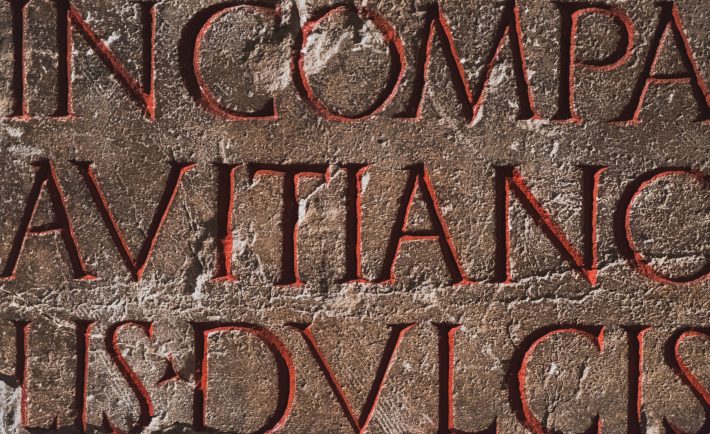 You might wonder why they decided to move to a whole new writing system – and this is a point that could be debated for a long time. Obviously, with the advent of Christianity, people had been aware of the existence of the Latin alphabet for a long time, as the Bible that reached them was written down in Latin.

One main theory is that the Latin alphabet’s association with Christianity is what guaranteed its popularity, and the use of the Futhorc was discouraged, and even at one point banned by King Cnut (1017-1036), possibly as part of his attempts to foster good relations with the Church. 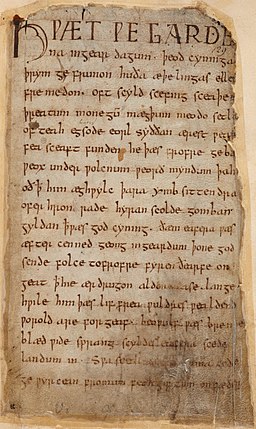 Although there are numerous manuscripts, or texts, surviving in Old English, probably the most famous one is the epic poem Beowulf, which is by an unknown poet. It was composed some time between 700 and 900 AD but was written down during the period from 975 to 1010 AD.

Most literature in Old English is from the time of Alfred the Great, whose name you may know from the legend of the burning cakes. He was, in fact, a scholar and he supported a lot of schools and works of literature, as well as translations from Latin into Old English.

The manuscript is in the British Museum and is also available to read online.

Law Code of Æthelberht of Kent

The earliest known document to have been written in Old English is not from the period of Alfred. Instead, it is a text known as the Law Code of Æthelberht of Kent.

It dates from some time after 602, which is the date of the conversion of King  Æthelberht (or Ethelbert) to Christianity. Among the ninety laws that it sets out, the first and a few others deal with money which is to be paid to the church and to the priesthood.

The Textus Roffensis is the only surviving manuscript and can be viewed in Rochester Cathedral. If you live further away, you can view the book online.

Despite the fact that the Latin alphabet was more generally associated with Christianity, some notable writing that uses the Futhorc can be found in a Christian context. The above image shows the Adoration of the Magi found on the Franks Casket. This is a whale’s bone chest dating from the early 8thcentury decorated with pictures and runes.

Franks Casket can be viewed in the British Museum in London. You can listen to the Art Detective podcast with Janina Ramirez about the Franks Casket here.

Made of oak, the coffin is carved with both runes and Latin inscriptions and dates to 687. Cuthbert was an influential churchman who was Prior of Melrose and then of Lindisfarne. He was responsible for the spread of Christianity in the North of England. When he died, he was first buried on Lindisfarne, a small island off the coast of North East England, and then moved several times before being taken to his final resting place in Durham. You might like to take a guess at the reason St Cuthbert’s coffin was moved to Durham – there are two very different theories. Which one do you believe?

You can visit Durham Cathedral to see his coffin and learn more about his life. You can also listen to the podcast with Janina Ramirez about St Cuthbert.

Finally, special mention should be made of the Ruthwell Cross. The village of Ruthwell is now in Scotland, but in the eighth century when the cross was made, it was part of the Anglo-Saxon kingdom of Northumbria.

It has inscriptions, or carvings, in both Latin and Futhorc. The writing on it includes parts of the poem known as the Dream of the Rood, and no less than 320 runes.

You might think that this important historical artefact is in a cathedral or a fancy museum, but it’s actually in a small church near Dumfries in Scotland, the Ruthwell Kirk. You can visit the church and view the Ruthwell Cross but best to contact them in advance as the church isn’t always open to the public.

Durham Cathedral has a cast (a replica) of the Ruthwell Cross, so you could see that while viewing St Cuthbert’s Coffin.