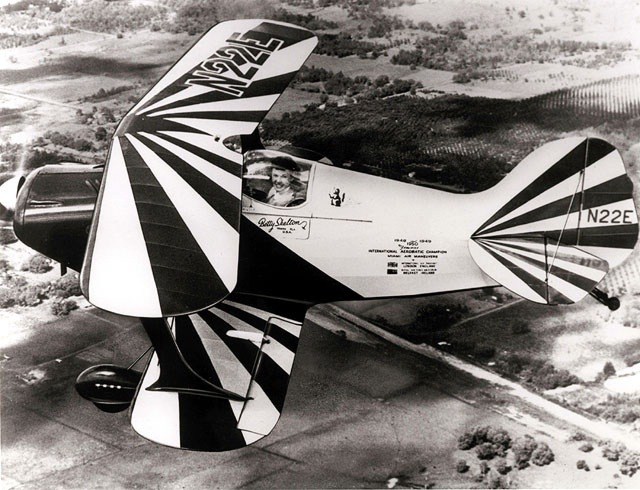 Betty was flying legally by sixteen, but was heartbroken when they closed the Women Airforce Service Pilots division at the end of World War Two, just weeks before she reached the minimum age to join.

In peacetime, women were not allowed to fly in the American armed forces, so her dream of serving her country as a fighter pilot was dashed. Instead, she worked as an airline secretary by night and flew small planes by day, building up enough experience so that she could work as a passenger airline pilot.

Sadly, in the 1940’s, most airlines would not employ a female pilot, so Betty looked for another way to stay in the skies. She discovered the world of aerobatics: performing very dangerous stunts in tiny planes. In her bright red plane Li’l Stinker, she perfected the art of flying upside down ten feet from the ground, and won the women’s World Aerobatic Championships three years in a row before she was 24 years old!

She flew her plane barefooted, with her pet chihuahua on her lap, and had a wolf whistle installed in her cockpit to get her own back on the male pilots who didn’t take her seriously.

Betty loved a challenge: she broke both the world record for altitude in a light plane, flying higher than Mount Everest, and the airspeed record for a non-jet aircraft. On the speed record attempt, her plane’s engine exploded and she only just had time to perform an emergency landing before the whole aircraft burst into flames.

[pullquote align=”full” cite=”” link=”” color=”” class=”” size=””]“I found that once I demonstrated I was capable, had the ability, I was accepted. And I found that true everywhere I’ve ever been and in everything I’ve ever done.”[/pullquote]

Always on the hunt for a new adventure, Betty found one at age 28, when she met the inventor of NASCAR racing, who asked her to drive in one of his events. Although she had never raced cars before, she accepted and immediately set a new record for her class.

Betty was bitten by a new bug, and she proceeded to break countless speed and endurance records, including crossing the United States in under 57 hours, and going over 300 m.p.h. in a jet-powered car.

She impressed Chevrolet and Dodge so much that they made her the first female test driver in history. She worked for them both for many years, testing cars, acting as a spokesperson, technical advisor and advertising executive, and even – since she also happened to have a beautiful smile – starring in many of their magazine advertisements.

At the peak of her fame, Betty even passed all the tests to qualify as an astronaut on America’s moon missions. 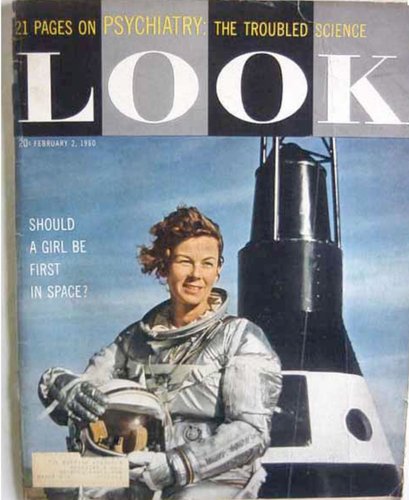 Yet again, as a woman, she was refused, but calmly accepted this, saying that to fight the decision would waste valuable time and money, and that the priority should be the success of the mission.

Instead, she broke more speed records on earth, before becoming a successful businesswoman, and continued to fly until she was 80.

In her later years, Betty explained what made her live the life of a risk-taker and rule-breaker like this: “It’s my heart that makes me do these things. My heart and my will and my desires are mixed up with challenge.”

Betty died at the age of 85 years in Florida, USA.

Megan Hockley is an actor, writer, and fan of great women. She lives in London.