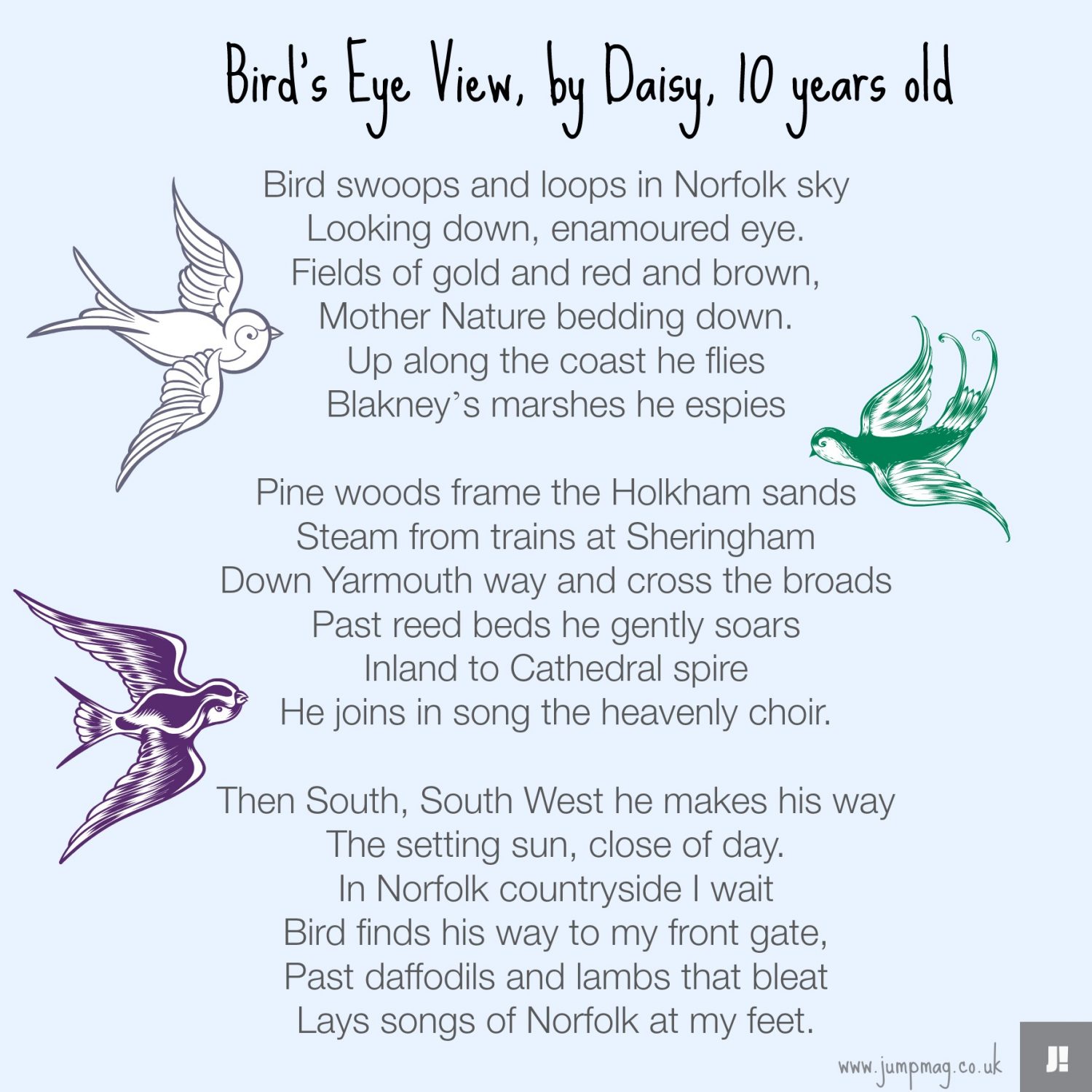 Hi, my name’s Daisy and I have a passion for writing and poetry.

One thing I like to write poems about are birds because they are such free and stunning creatures that fill the skies with their sweet sounding songs and happy chirps. I have written a poem about a bird flying in the Norfolk Countryside because that is where I live.

I wrote this poem when I was 10 years old.  I have now just turned twelve so although it is not one of my latest poems I would still like to share it with you. If you know Norfolk you might recognise some of the places in the poem.