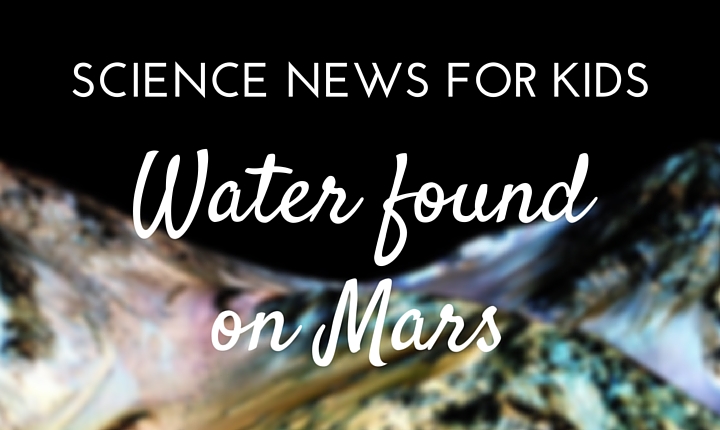 What Have Scientists Discovered?

A team from the National Aeronautics and Space Agency (NASA) in the United States has been studying photographs of the surface of Mars. These were taken by the Mars Reconnaissance Orbiter (MRO), a spacecraft that has been orbiting the red planet since March 2006.

Lujendra Ojha noticed that some areas of the planets surface had dark streaks during the Martian spring and summer, but not in the autumn or winter. He and Alfred McEwan named these streaks recurrent slope lineae (pronounced re-CURR-ent slope LIN-ee-ay) or RSL for short. They thought that these dark patches might be evidence of some kind of water.

How Does This Prove There is Water on Mars? 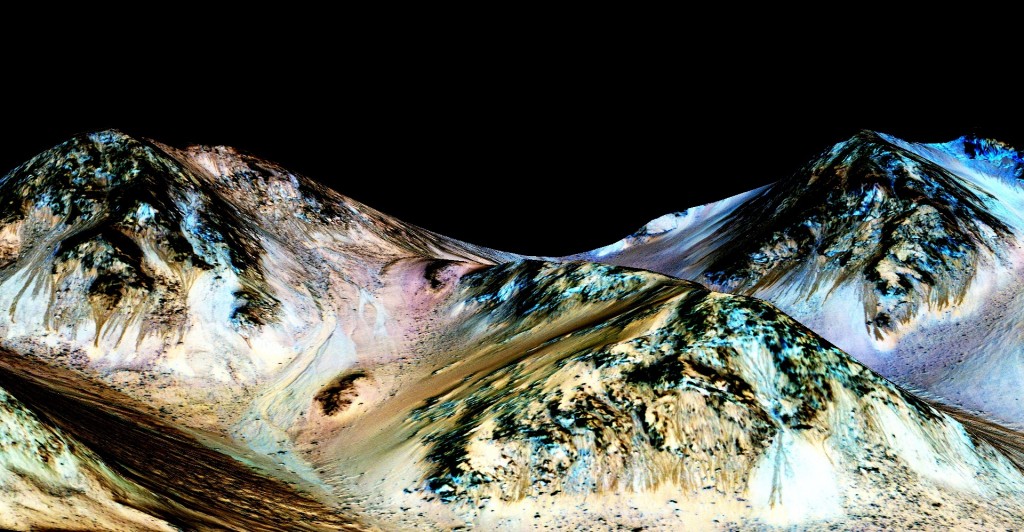 The slopes of the Hale crater, showing some of the streaks that have made scientists so excited. (Image credit: Mars Reconnaissance orbiter/University of Arizona/JPL/NASA).

Lujendra and Alfred, along with other scientists, used a tool aboard the MRO to examine the surface of Mars where they had seen these streaks. This tool was called a spectrometer (pronounced spec-TROM-eter), and it uses many different kinds of light to examine objects. This light includes the kind that humans can see, as well as other light that we can’t see, such as infra-red. The way the light interacts with the surface of the object tells scientists what chemicals it’s made of.

When the dark streaks known as RSL were visible, the spectrometer detected several kinds of chemical salts, and when they had faded the spectrometer couldn’t find anything out of the ordinary. These chemical salts aren’t the same as the salt that we eat with our food, but they are only found where there is water. For that reason they’re known as hydrated salts.

How Much Water is There on Mars? 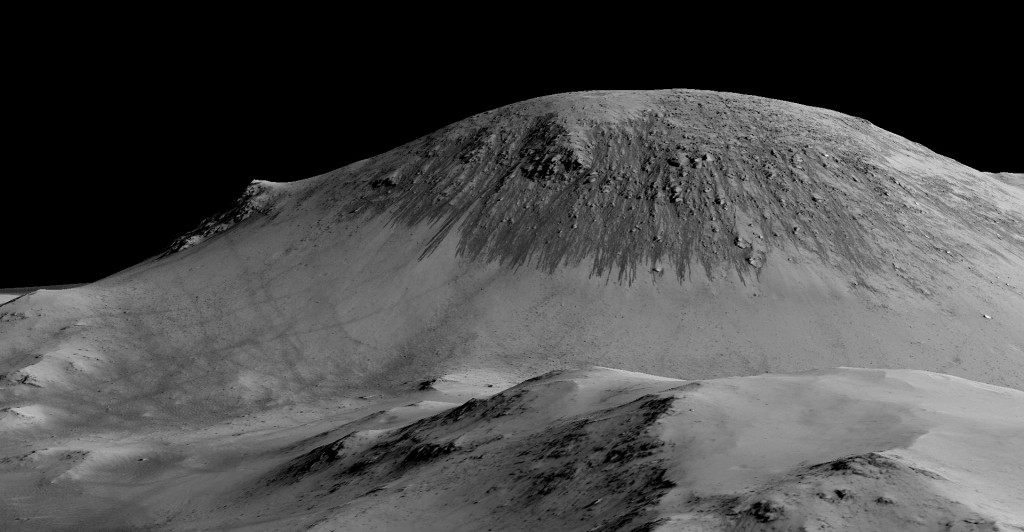 When we think of water we picture rivers and seas, or at least puddles. But that’s not the case here; the RSL show that there is liquid water in the soil but it’s not sitting on the surface. One possibility is that there are underground reservoirs of water which spill over when Mars warms up during its spring and summer.

Another possibility, suggested by team member Mary-Beth Wilhelm, is that the salts in the soil are absorbing moisture from the air and forming water. This is a process called deliquescence (pronounced del-i-KWES-ense) and the particular salts detected by the MRO are known for it. The Mars rovers have already reported that the Martian atmosphere is more humid than had been expected, so this would make sense.

But Mars is Cold – Why is the Water not Ice?

Does this Mean there is Life on Mars? 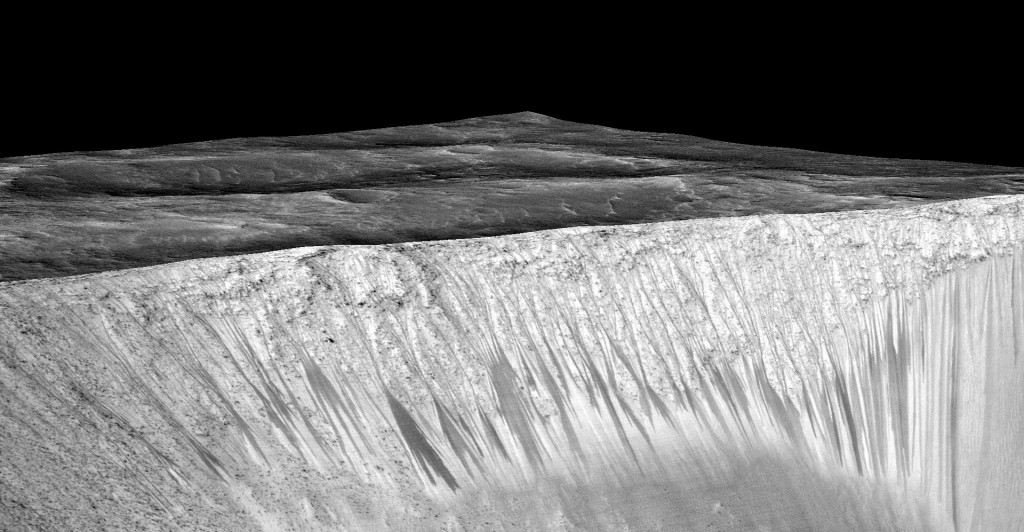 These RSL on the slopes of the Garni crater are several hundred metres long. (Image credit: Mars Reconnaissance orbiter/University of Arizona/JPL/NASA).

It’s very possible, although it’s more likely to be single cell organisms like microbes than little green men. John Grunsfeld, a member of the research team who was once an astronaut, has pointed out that it’s quite likely that microbes from Earth have been transported to Mars aboard the rovers and other exploratory craft .

NASA and other space agencies do their best to keep their spacecraft sterile but microbes are a very tenacious form of life that can survive extreme conditions. John also commented that even if we did find alien life we wouldn’t necessarily understand how it developed; after all, we don’t even know how life began on Earth.

It may be that in the future astronauts who reach Mars could use the water there to grow crops in greenhouses, as well as for many other things. But this is unlikely to happen in our lifetime; although the RSL are large, with some more than 7 kilometres wide, the amount of water found so far is still tiny when compared to the planet’s surface area. There might be larger sources of water below the surface but we will have to wait to find out.

The Mars rovers that are currently roaming the planet are unable to tackle the landscape near the RSL and none of the space agencies have yet built a rover that could explore difficult areas as well as an astronaut can. However, if all goes well, the first humans will arrive on Mars within the next 15 years – and who knows what we might find then?