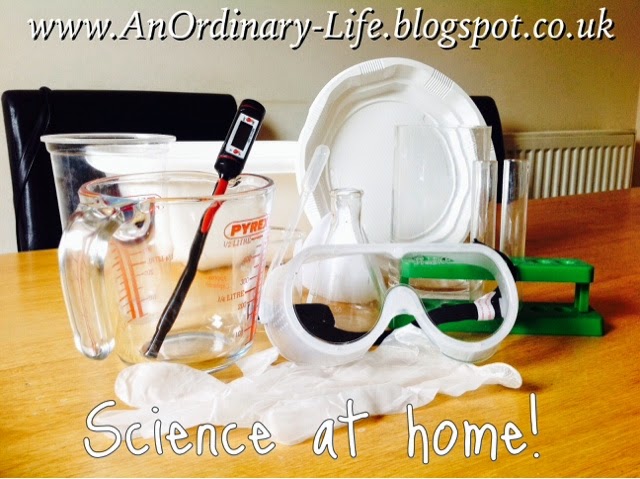 While there are plenty of science kits in the shops, did you know that you can do loads of science with things that you already have in your store cupboard?  Science enthusiast Lisa White has put together a list of things that you need for a variety of basic science experiments. 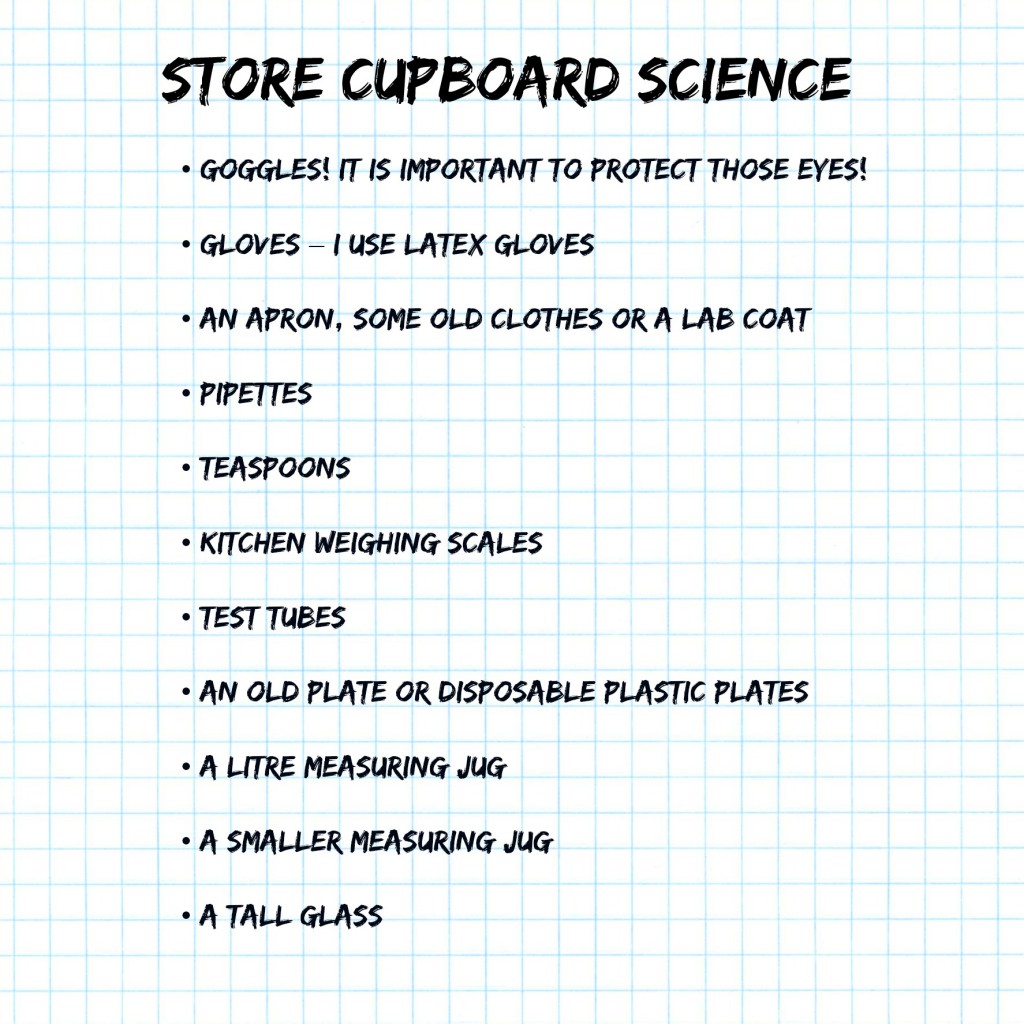 You might need extra equipment but these are the basics. Having white vinegar, salt, bicarbonate of soda and washing up liquid in stock will be useful too!

How to Make a No Heat Lava Lamp! 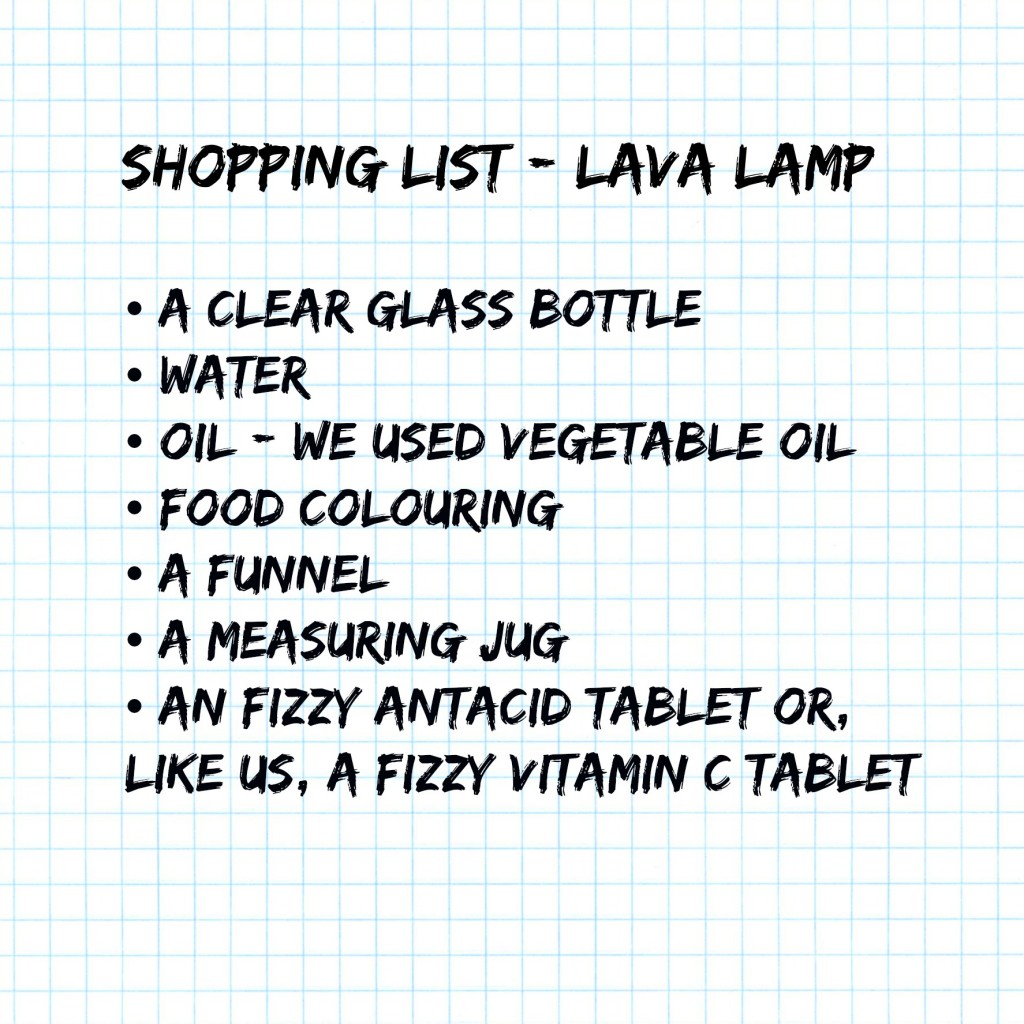 Fill your bottle with about 4cm high of water.

Using your funnel pour in 100ml of oil into the bottle.
Don’t worry about the oil and water mixing as oil is hydrophobic (it hates water) which means they won’t mix. Just leave it for a few minutes and you will soon notice the oil will sit on top of the water.

Now for the REALLY exciting part!  Add a quarter or a half of one of your fizzing tablets to the bottle. WATCH the show!

Why does this happen?

When we added the fizzy tablet, it didn’t react until it reached the water because it is the chemical reaction between the tablet and the water that creates the fizz; it forms a gas called carbon dioxide.

When these bubbles filled with gas and coloured water reach the surface of the oil they ‘pop’ releasing the gas into the air and causing the water fall back down again to the bottom! Thus giving an effect like the lava lamps we see in the shops.
Want to add to the effect? Shine a torch through the bottle, from underneath is best. Enjoy the show!

Thanks to Lisa from An Ordinary Life for the cool experiment. You can find more science, maths and art tutorials on her blog.