This week saw an exciting announcement from the US space agency, NASA  with the safe arrival of its MAVEN spacecraft in orbit around Mars. But how did it get there and what is its mission?

Why is it Called MAVEN? 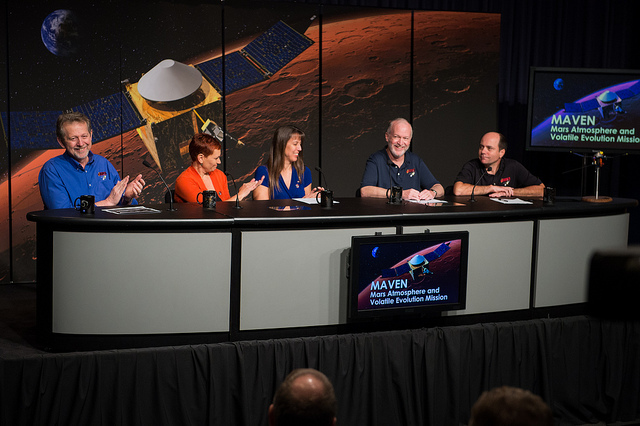 MAVEN is an acronym and stands for Mars Atmosphere and Volatile Evolution missioN. Interestingly “maven” is also a Hebrew word for someone who accumulates and passes on knowledge.

What is MAVEN and Why is it there? 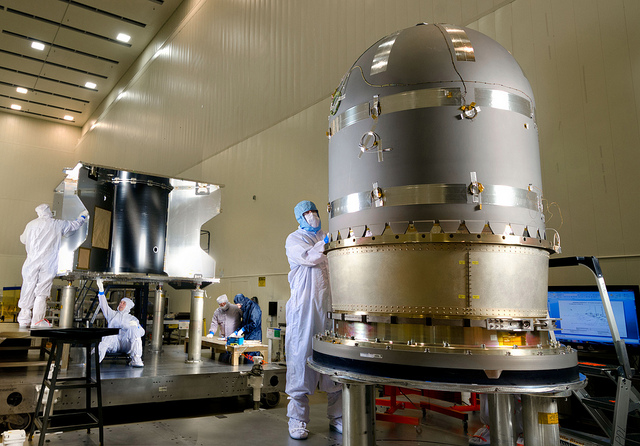 MAVEN is a spacecraft designed to collect data that will help scientists understand what happened to the atmosphere on Mars. There is evidence that Mars was once a warm planet with water and possibly life but over the last few million years the planet has lost almost 99% of its atmosphere and is now dry and cold. In fact, the atmospheric pressure on the planet’s surface is so low that if you were able to pour water it would instantly boil away.

MAVEN will spend at least one Earth year (half a Martian year) orbiting Mars, varying its height between 93 miles (150 km) and 3,852 miles (6,200 km) above the surface. The detailed instruments aboard MAVEN will measure the atmosphere as it is now, and examine how quickly it’s disappearing. Scientists hope to use this information to calculate when Mars was habitable and what it may have been like.

How Did MAVEN get to Mars? 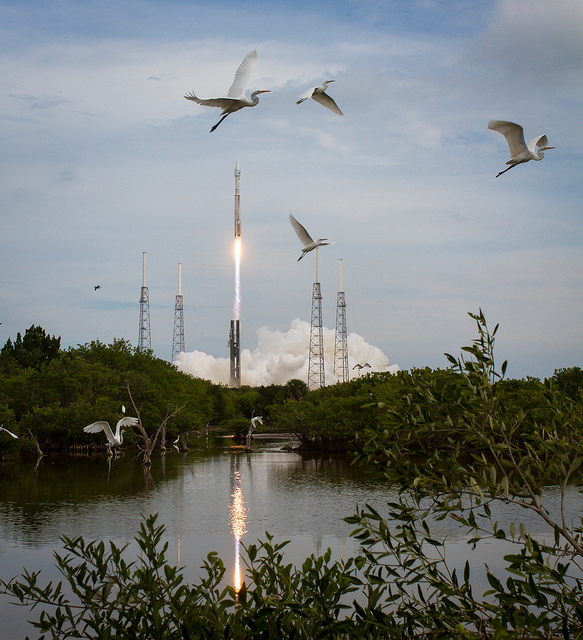 MAVEN was launched on the 18th November 2013 and has taken 10 months to travel the 274 million miles (442 million kilometres) to Mars. After travelling at 10,000 miles per hour (16,000 kilometres per hour) MAVEN fired its 6 thrusters for 33 minutes as it approached Mars, which meant that it became subject to the planet’s gravity and it is now in orbit. Over the next 6 weeks, its path will be adjusted until it takes just 4.5 hours to orbit Mars once.

Is MAVEN the First Man-made Craft to Reach Mars?

No, there are already 3 other spacecraft in orbit around Mars with a fourth, the Indian craft Mangalyaan, joining it in a matter of days. Although Mangalyaan has a different mission to MAVEN it too will be collecting atmospheric data and this will be shared with researchers from other countries. In addition to these orbiting craft, there are several land-based robots, the most well-known of which is probably the Curiosity Rover.

What Happens Next on Mars?

With plans for manned missions to Mars already being discussed, it seems likely that within the next 15-20 years we may well see the first humans landing on Mars. Every piece of information that the orbiting spacecraft and land-based robots are able to discover moves humanity a tiny bit closer to living on a planet that is not our own.