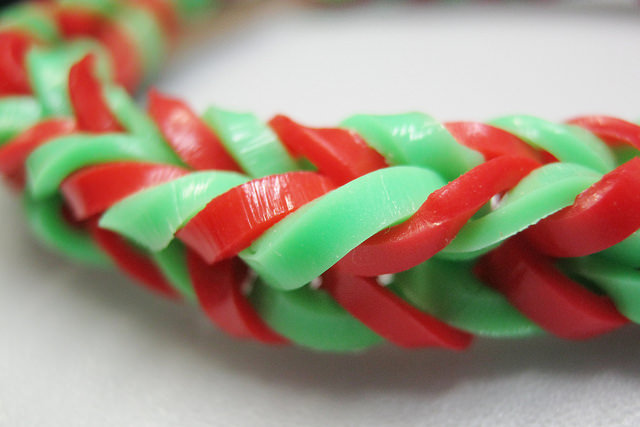 In March 2014 more than 500 people in Tustin, California, created an 8,851 metre chain as part of a cancer fundraiser for a seven-year-old.

A young boy called Skye aimed to ‘Loom to the Moon’. Skye was diagnosed with brain cancer in 2013, and while in the hospital, he came up with the idea to make the longest loom band, that would stretch to the moon! The moon is 384,400 km from Earth, so that is a LOT of Loombands!

Sadly, Skye died in August 2014, but his family are continuing to Loom to the Moon, and are raising money to fund research into cancer treatment for kids. Here is the appeal from their website, and you can also follow Loom to the Moon on Facebook.

When we wrote this article back in July, we didn’t expect it to be one of our most read articles! Hundreds of people find this article every week by googling ‘Worlds longest loom band’. We decided to update this with a bit more information on Loombands – the story of the inventor of Loombands can be found here.