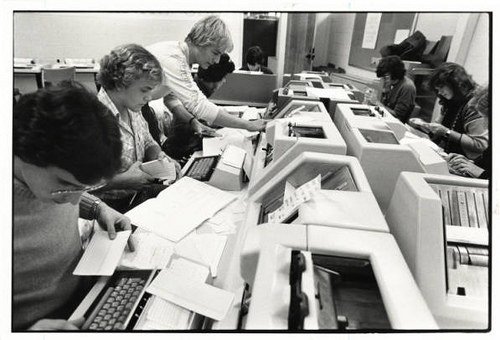 Girls are told, all the time, that there are things they can’t do because, well, they’re girls. I’m here to tell you: it’s not true.

Let me tell you about a girl I know.

It was the early 1960s, a long time ago indeed. This girl had just graduated with a degree in maths from the University of Massachusetts at Amherst. That’s quite a good American university in, as I’m sure you realize, the state of Massachusetts, which is on the east coast. I’m sure she was told many times that girls couldn’t do maths.

This girl did what a lot of girls did in the early 1960s: she got married to her high school sweetheart. Actually, they’d been dating since she was 13 and he was 16 and had known each other most of their lives, having grown up near to each other in Boston, Massachusetts.

But then this girl did something unusual for that time and that place. She got a job. And not just any job. A job writing code for computers, a brand new thing to do. She studied and learned a programming language called  COmmon Business-Oriented Language, or COBOL. It was one of the very first computer programming languages. And the girl learned it quite well. Even though I’m sure she was told girls can’t write code.

The girl worked away at her job programming computers. Computers back then were,  literally, the size of your bedroom. And kept very cold. And had huge spools of tape that the programmes were saved on, after being programmed via punch cards. 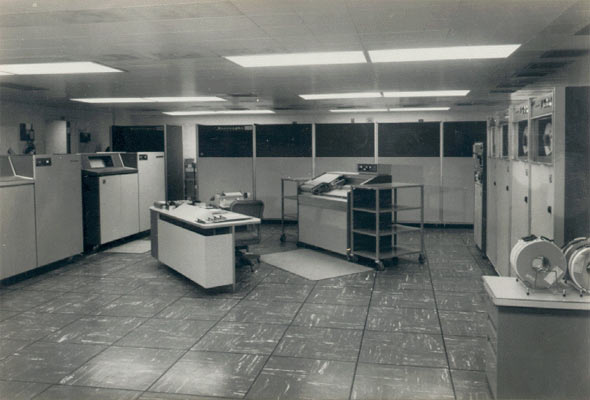 How computers used to be programmed

But even though the computers were huge, the amount of memory they had was very very small. You may barely remember, or maybe have heard your parents talk about, the Y2K computer bug. It was a problem people predicted might happen when we moved from the 20th to the 21st Century: all the computer programs had the year as two numbers, the last two of the year, rather than the full four numbers. So what was going to happen when those second two numbers needed to go from 99 (1999) to 00 (2000)? No one knew.

Why did they remove the first two numbers of the year? Well this girl I know remembers the meetings about how to code the date, especially the year. And memory was so scarce and every bit and byte mattered (a bit is the smallest unit of memory in a computer, a byte is 8 bits, today we talk about gigs, which is 10,000,000,000 bits, back then they talked about bits and bytes), so they made the decision to remove the 19 from 1962 and just make it 62. Because, as she recalls, no one ever suspected that these programs they were creating would even still be in use in 40 years.

But they were. And some still are, even now in the second decade of the 21st century and the Y2K bug was a very large storm in a very tiny tea cup!

That girl went on to continue to do thing girls weren’t supposed to do. She did take some time off to have two children but then went back to work. By the time she retired she was leading groups of programmers and other computer types in their work.

Today, this girl I know, who, in case you’re wondering, is my mother, is long retired. But she’s still doing things that girls aren’t supposed to do, or even, really, retired people. She travels the world (with my step-dad, he’s going to be 80 in a few weeks) including a trip to the Galapagos Islands a few years ago to see the tortoises and an African safari two years ago. 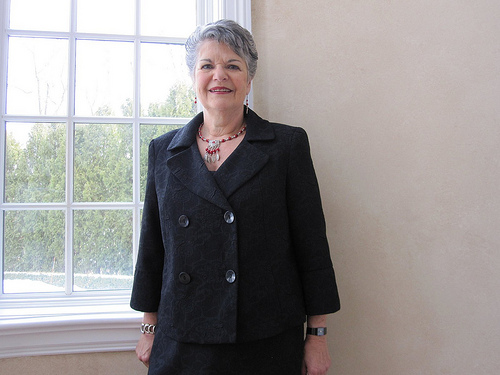 The girl I know, my mum, Shelley Kagen, when she was 70

So the next time someone tells you ‘You can’t do that, you’re a girl!’ just smile and remember the girl I know who’s been doing things girls can’t do for nearly 73 years.

Thanks to Tee for this great article about her mum. This is how she describes herself:

I’m 43 and an American in Belfast.

I am a Graphic Artist and Online Media Consultant and run my own company Designed To A Tee.

My son, Adam Jacob, was born in June 2009.  He’s the greatest thing I have ever done.  And the hardest job I’ve ever had is being a Mummy.

Tee is what my niece named me when she started to talk. Now half the world calls me Tee. The other half call me Byn. The last half call me Robyn. And I am terrible at maths.