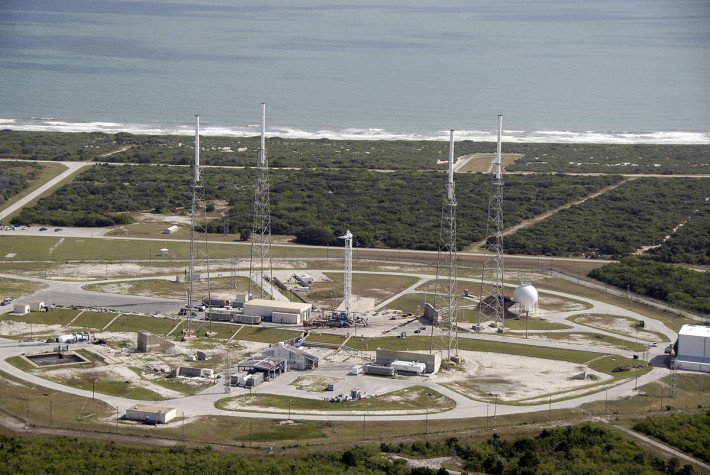 There has been a lot of excitement about Falcon 9, but what it it, and why is it so exciting? Our Science Editor, Samantha Gouldson, explains.

The Falcon 9 is a kind of space rocket, designed and built by the American company SpaceX. Its purpose is to launch satellites into orbit and to deliver cargo to the International Space Station (ISS); in the future it’s hoped that it will carry astronauts into space as well.

When Falcon 9 launches, it is propelled upwards with a force greater than the engines of five 747 aeroplanes.

Where did the name Falcon 9 come from?

The Falcon 9 was named after the Millennium Falcon, a spaceship from the Star Wars films. As for the number 9, that’s because when the rocket launches it’s powered by 9 Merlin engines.

Why is Falcon 9 in the news?

On Tuesday 6th January the Falcon 9 was scheduled for a very special launch. Not only would it be delivering cargo to the ISS, but for the first time ever an attempt would be made at landing a rocket’s first stage so that it could be used again for another flight.

How can Falcon 9 be used again?

The Falcon 9 rocket is made up of 3 parts. The first stage is the bottom part of the rocket, where the main engines that launch it into space are. 3 minutes after launch these engines cut out, and the first stage separates from the rest of the rocket and falls back to Earth.

The second stage continues its flight with the payload (the spacecraft that makes up the nose of the rocket, usually SpaceX’s Dragon craft).

Until now, whenever rockets are launched the first stage has been left to burn up as it falls through Earth’s atmosphere. But SpaceX have been testing a way to control and steer the first stage’s fall so that it can be landed on a drone ship (an unmanned ship that’s less than 92 metres long) waiting at a designated point in the ocean.

If it works it means that the first stage of the rocket, housing the 9 Merlin engines, could be used again for more flights. This could make access to space a hundred times less expensive.

Did the launch of Falcon 9 work?

Unfortunately a fault was detected with just 1 minute and 28 seconds left on the countdown and the launch had to be aborted. Unlike launching an orbital craft, where you have a “window” of time when the flight will still get to its destination, a rocket headed to the ISS must leave at the correct time or it won’t be able to rendezvous with the station.

On the 10th January the Falcon 9 rocket launched successfully, with its Dragon craft docking safely at the International Space Station two days later. The first stage of the rocket was steered to the drone ship waiting for it in the Atlantic Ocean, but it didn’t have enough hydraulic fluid to control the landing and it crashed.

The owner and founder of SpaceX, Elon Musk, didn’t seem too upset about the first stage landing, tweeting:

Rocket made it to drone spaceport ship, but landed hard. Close, but no cigar this time. Bodes well for the future tho.

Ship itself is fine. Some of the support equipment on the deck will need to be replaced… — Elon Musk (@elonmusk) January 10, 2015

Grid fins worked extremely well from hypersonic velocity to subsonic, but ran out of hydraulic fluid right before landing.

Further launches are planned throughout 2015, and we will update this post when that happens!