Continuing on my Australian adventure, I thought I’d tell you about Melbourne, my new favourite city. Whilst I’m in Australia, I’m going to be staying here in Melbourne, then moving on to Sydney next week. Sydney, I know about; there’s a big harbour, famous for its bridge and its opera house. But Melbourne? Before I came here, I didn’t know a thing about it.

The first thing I found out is that Melbourne is in the South East of Australia, in the state of Victoria. It’s on the coast and like Sydney is a harbour city. The climate in Melbourne can be a bit like the UK; it changes often and can start raining out of nowhere! Although it gets hotter than the UK, it doesn’t get quite as hot as the rest of Australia.

Melbourne itself is a complete mish-mash of old and new. The city was officially founded in 1835 by European settlers. Australia attracted many British people and used to be part of the British Empire (today it is part of the Commonwealth). A lot of the older buildings feel quite British and lots of streets and parts of the city are named after places in Britain, such as Malvern, Cheltenham, Liverpool and Leicester.

Melbourne is a big business city. There are lots of banks and international companies who are based here or have offices here. The main area of town is called the CBD, or Central Business District and is full of huge skyscrapers. My hotel is in this area and I’m staying on the 14th floor, which is only about halfway up the building! The city is full of trams which ferry people about; you have to watch out crossing the road, as the trams are quite quiet but weigh as much as 30 rhinos! You definitely don’t want to get in their way. 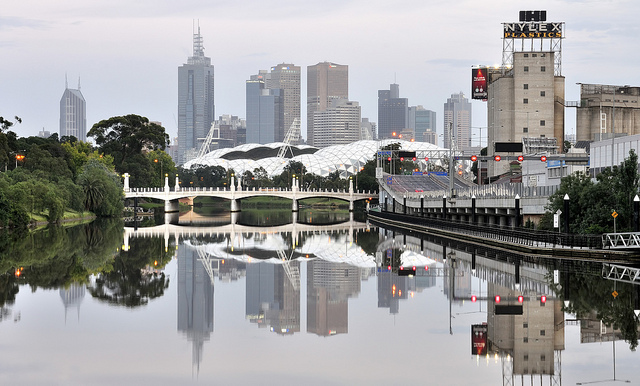 I tried to decide on my favourite part of the CBD, but there are two places I just couldn’t choose between. The first is Federation Square, a big public square with places to sit, meet people and relax (and use the free WiFi!). There are lots of events happening there and it has big screens which show news, short films and other things. The buildings around the square are really cool. One is covered in metal but has LED signs built into it which flash up messages in different colours. There are lots of art sculptures around Melbourne and at the moment in Federation Square is a wicker building, built from willow branches which are folded and tied to make a house big enough to walk in.

My other favourite place is the Streets, a collection of tiny little backstreets full of restaurants, cafés and cool shops. The streets are so narrow the buildings almost touch and instead of cars, there are chairs and tables all down the middle for you to sit at. They feel like a cross between 1950s New York and Diagon Alley! 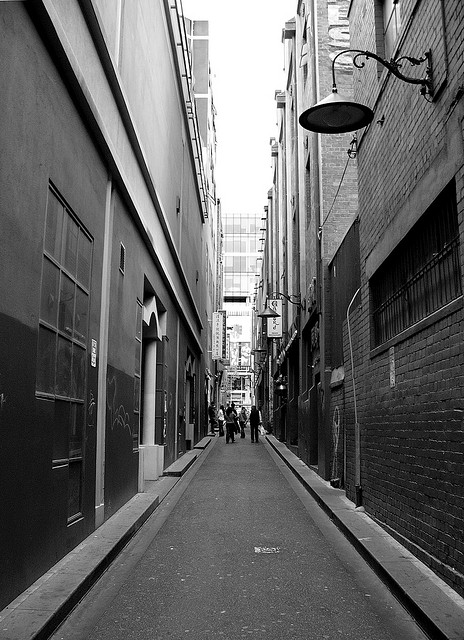 I’m spending next week in Sydney. I’m excited, but it’s going to have a lot to live up to!