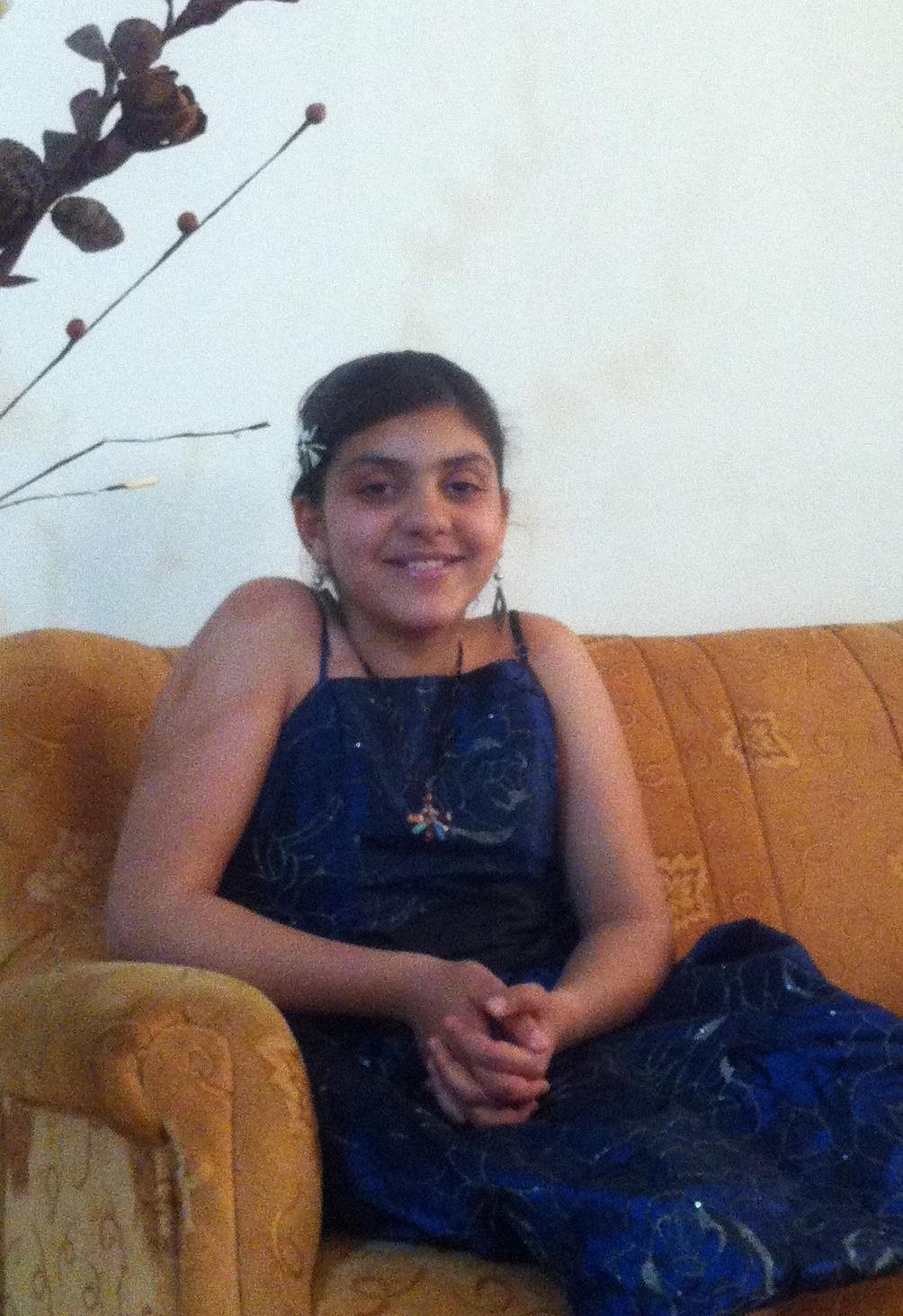 Have you ever wanted to know what it is like to grow up in another country?

Now you can find out, as we begin our Jump! Mag tour of the world in Iran, where ten year old Parmida lives.

Hi Parmida. Thanks for speaking to Jump! Mag. Lets talk about your school. What is your favourite subject and why?

I like Science, Biology especially, because I’m crazy about being adventurous and learning about the world.

What do you like to do in your spare time with friends?

I like best just to play with friends, tell jokes and laugh!

What do you like most about being a girl?

I like having long hair!  But in my country sometimes things are different for girls. My uncles took me to a soccer match one time, but in this country, girls aren’t allowed in the stadium. So I dressed up as a boy, I had short hair then, and wore boys clothes. A security guard noticed me at one point because I took my hat off and he recognized that I was a girl. He was annoyed at first, but my uncles talked him round and he was laughing about it not long after. Luckily it was the end of the match by then, and so we left before anyone else noticed. I really enjoyed watching the game though!

What is one of your favourite words in your language?

I can’t decide between Mother and Father………

If you could choose any other country in the world to visit, which would it be and why?

France, because I’d love to see the Eiffel tower.

How would you describe Iran and its people to those who are interested to visit?

In my opinion, Iran is the best land in the world, and it has many attractions and famous places to visit. We have a rich ancient historical background, including Cyrus the Great, the great Shah of Persia who did many good deeds for the country, and who we still honour and respect today. I love my country, and think that Iranians are good people. I believe in the Zoroasterian saying of Good thoughts, good speech, good deeds. ‘There is only one way in the world, and that is goodness path.’ I think this a good representation of our beliefs in Iran.

Thank You Parmida, lovely talking to you!

Annie-May Gibb is a freelance writer, who is passionate about creating a better world.

She mainly works on project that work to instil equality and confidence in young people.  She is also passionate about using tabasco liberally on most foods.

Here is some more information about Iran

Iran (Persian: ایران‎) is a country in southwest Asia with an area of 1,648,195 km2  and a population of 75 million.  Farsi (Persian) is spoken by the majority of the population in Iran, though a significant portion of the population also speaks other languages/dialects such as Azeri, Kurdish, Lori, Arabic, Baluchi, Gilaki, Mazandarani, and Turkmen. The vast majority of Iranians are Muslims.  There are also small populations of Zoroastrians, Christians, Jewish people, and people of other faiths living in Iran. The capital of Iran is Tehran (with a population of around 10 million), and other major cities include Mashhad, Esfahan, Tabriz, Karaj, and Shiraz. Although nearly three quarters of Iranians live in urban areas, Iran also has one of the largest nomadic populations in the world (an estimated 1.5 million).