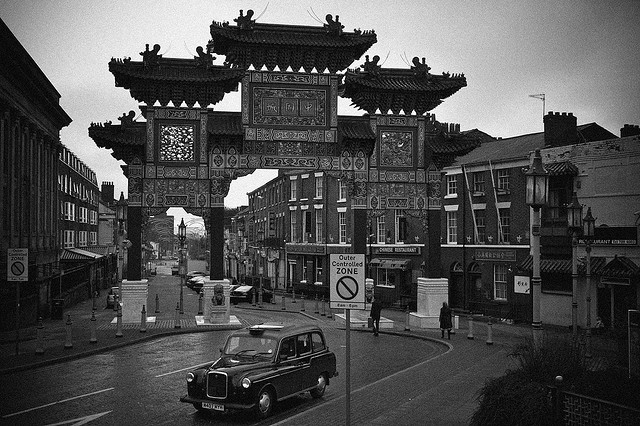 Jump! to United States of America – The American Museum in Britain

The American Museum, located in Bath, is ‘the only museum of American decorative and folk art outside the United States’. Since it opened in 1961, it has given people in Britain the opportunity to learn about American history and culture. Among the Top 10 Things to See and Do, the museum staff suggest lying on the floor of the Central Hall to get a proper look at the impressive lantern above!

Right by the sea in Cardiff Bay is a small white, wooden building. This building is the Norwegian Church. It was founded in 1868 by Herman Lunde of Oslo. It gave workers from the many ships that visited not only from Norway, but also the rest of Scandinavia, a place to meet, read Scandinavian newspapers and generally just relax. In 1987, the building was dismantled and rebuilt in its current location as an Arts Centre.

Famous author Roald Dahl was a big supporter of the church and the project to rebuild it, having grown up in Cardiff with his parents, who came from Norway. The Arts Centre’s Dahl gallery is named in his honour. Visitors to the centre can enjoy the galleries and exhibitions.

If you’re in the Midlands and you like food, then Birmingham’s Balti Triangle is for you!  Lots of people living around the Sparkhill, Balsall Heath and Moseley areas of the city have family who come from countries in South-East Asia, such as India and Pakistan. No-one really knows where the term ‘Balti’ came from, but it refers to dishes cooked and served in the same bowl, usually with onions or tomatoes as a base, with lots of meat, vegetables and spices, usually served with rice or naan breads. Balti is a Pakistani dish, but was actually invented in Birmingham! The Balti Triangle is home not only to lots of restaurants, but also shops selling Asian jewellery, clothes and cooking utensils. Here is a mini-guide (PDF) of the Balti Triangle.

Liverpool is home to the oldest Chinese community in Europe and in the South of the city, near to Liverpool Cathedral, is an area known as Chinatown. As a large and important port, many of the first Chinese people to arrive in Liverpool came on ships which were trading silk and cotton wool. Today, the area is home to lots of businesses, including restaurants, supermarkets selling Chinese food and book shops. All the street signs are written in both English and Chinese, and since 2000 a huge 15m tall Chinese-style archway has stood as the Chinatown Gate on Nelson Street.

Although Liverpool’s Chinatown is the oldest, there are others across the UK in places like London, Manchester, Birmingham and Newcastle.

Jump! to Egypt – The Egyptian House

If you’re looking for Egyptian style, you probably wouldn’t think of Penzance, but this Cornish town is home to the Egyptian House, on Chapel Street. The house date back to 1835 and has an ornate and detailed façade, or front of the building. It was owned by John Lavin, who used it as a place to display and sell minerals and rocks.

If you look closely, between the Egyptian style you can spot the coat of arms of George III and William IV. It is now owned by the Landmark Trust and contains apartments you can rent for holidays!

This summer, Edinburgh is hosting all sorts of festivals, from Storytelling to Comedy. However, the Mela Festival, on Saturday 31st August and Sunday 1st September, is Scotland’s biggest celebration of music and dance from around the world. Featuring performers from right across the globe, from countries including Cuba to Kenya, the festival also hosts a fashion show and food stalls.

No matter where you live, there are plenty of fascinating countries and cultures to visit for the day or the weekend.  Where will you go next time you Jump! around the world?