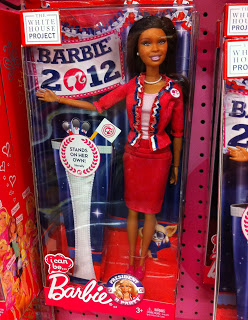 You might not remember when Barbie was President of the United States.  A vet.  An entrepreneur with a string of high street stores. An astronaut. A Paralympian.  A jockey.

You might not remember when her body measurements were hateful but Barbie herself could do anything and be anything.

It’s unlikely my kids will remember Barbie this way since she is now either a model, pop star or actress. It’s not that Barbie can’t be President of the United States since a limited edition Barbie for President 2012 doll was produced or that Barbie the Vet is no more, it’s simply that the most easily available versions of Barbie for sale on the high street are fairies, mermaids, princesses, models and popstars; all of which are tied into films and all of that subsequent merchandising. 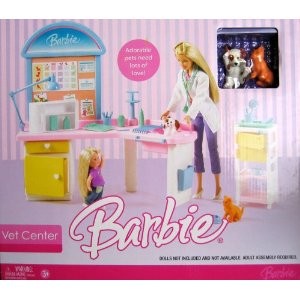 To be fair, I also had Pop Star Barbie; mine owned a record company, spoke 6 languages and had a PhD in archaeology. It’s probably fair to say I was a nerd. It’s not also that I think girls today lack the imaginations to make their Barbie mermaids into something; my small has made her Barbie mermaid into a superhero but Barbie used to be every girl [even with the ridiculous figure]. Now, even with the new more “realistic” bodies, Barbie is actually more limited in terms of careers and adventures. 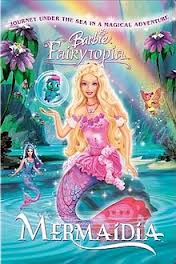 The films may be predicated on the notion of girl power and female friendships, heck Barbie and the 3 Musketeers is practically Germaine Greer-approved, but they are reinforcing an even more narrow version of femininity that is inherently harmful for girls. The opening of the first life-sized Barbie Dreamhouse in Berlin is just further reinforcing the idea of Barbie-as-Object rather than Barbie-the-Adventure-Girl of my childhood.

Barbie-of-the-Dreamhouse only allows two careers: model or pop star. Girls can pretend to bake cupcakes in her fake kitchen and rifle through her wardrobe. There is no evidence of President Barbie or Barbie The Musketeer or Barbie the Vet here. It’s just the plastic pink version of femininity that Barbie has been criticised for more than 40 years. At this point, I’d love a return to Malibu Barbie and Stacey who hang out at the beach surfing. At least they were athletes. Barbie-of-the-Dreamhouse doesn’t do adventures and I’m not entirely sure when she works as a model or pop star when she seems to spend all her time baking cupcakes and dressing up.

Barbie had an opportunity to change into something really quite radical with the return of President Barbie. Instead, Mattel has returned to the pink princess twaddle.

Louise Pennington is a feminist activist, historian and writer. She has been published in the New Statesman and Huffington Post. She tweets about feminism and her cats as @lestewpot. This article was originally published on her blog.