When we think of a country, we often think of a stereotype – an oversimplified image or idea. These are some country stereotypes – can you guess which countries we are meaning here? 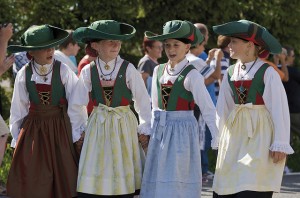 Sometimes a stereotype is used in a negative way, but often we use them because they are the only things we know about the country we are talking about. They are often based on a truth about the country and can be a part of life in that country. 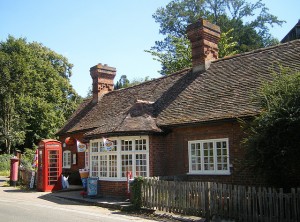 You might think that living in an English village is all thatched cottages, red telephone boxes, and Sunday afternoon cricket. That is certainly the stereotype!

If you live in a city, you might also think that living in a village like this would be boring, that there might not be much to do, but you would be surprised how busy life in a small community can be.

We asked our contributor Liz to tell us what it is really like to live in a small English village not far from the capital city, London.

Tucked neatly just inside the M25 near Junction 3 is a tiny little village called Crockenhill, which is where I live. Crockenhill is just outside Swanley in North Kent. It is in the middle of the countryside, surrounded by fields of wheat and rape seed, but when the wind blows in the right direction you can hear the cars zooming round the track at the famous Brands Hatch racing circuit, which is only a few miles away.

These kind of contrasts make Crockenhill such an interesting and fun place to live. Hardly anyone has heard of it, but either in the village, or very close by, there are lots of special and exciting things to do, throughout the year.

At Christmas time Father Christmas – assisted by the village Cub Scouts – rides around the village in his sleigh, pulled by a LandRover not reindeer, throwing sweets and wishing everyone a Merry Christmas.  Christmas is great fun in our village: if it snows everyone goes to the top of the village where there is a single steep slope to sledge on; you’ll always see your friends there and have the chance to race them both up and down the hill. Only a few miles away, in a place called Ruxley Manor Garden Centre, there are real reindeer to feed carrots to and an outdoor ice rink. Skating there is very cold but worth the chill!

Often during the Easter holidays the school will run an Easter Egg Hunt which is open to everyone who lives in the village and surrounding area, not just for the school. There are a series of egg posters hidden around the village with clues spelling out something to do with Easter. You bring the answer back and win an Easter egg. It’s a great way to show people around the village and get a bit of exercise, while raising money to help the school buy things it needs, ranging from books for the library to play equipment.

In summer, as well as having lots of public footpaths to explore the village and surrounding countryside, there’s the annual Lavender Festival at Castle Farm just outside the nearby Eynsford. It’s easy to get to by train or by car, and the Lavender Festival is fantastic. They grow two huge fields of lavender,  a carpet of purple as far as the eye can see and the smell is quite incredible. Also in Eynsford is the ford, which hardly any cars drive through but it is perfect for paddling and trying to catch minnows alongside the ducks and swans. It’s the perfect place to spend a summer’s day. 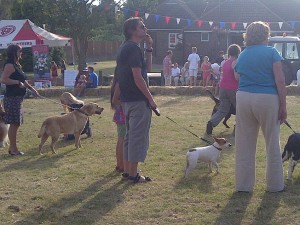 When Autumn comes there’s the highlight of the village year, the September Harvest Fayre. There’s a produce show, craft competitions, a tug of war, an auction selling everything from the produce show for charity, and the Dog Show. Last year we entered our Jack Russell, Millie, and she won second prize! We were very proud – and everyone, including her, had a great day.

If you want to come and visit Crockenhill, you’d be made very welcome. It’s a very friendly village with lots of children of all ages living there. And I’d definitely recommend a trip to the Harvest Fayre!

Picture Credits (Did you guess correctly?)