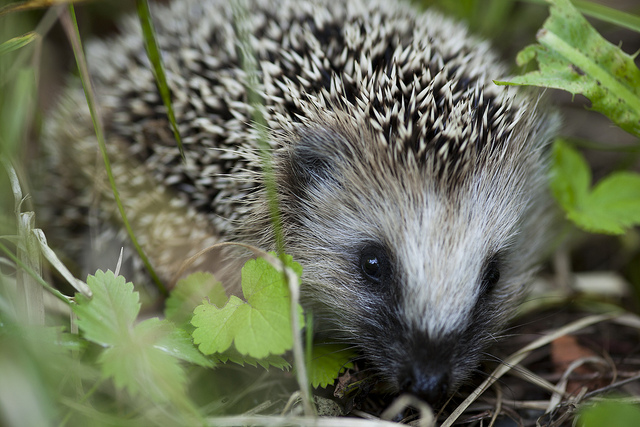 Gretta is a  freelance journalist who blogs at mumsdotravel.com. She and her family are worried how the local wildlife are coping with the lack of water. Strange as it may seem in a country that is famous for rain, there has not been enough of it in the past years in UK.

Read on to find out how to help hedgehogs and other wildlife.

What is a Drought?

The last two winters have been very dry and now seven water companies in Southern and Eastern England are set to introduce hosepipe bans from April. The Environment agency is warning that the drought could spread to other parts of the country.

Helen Vale, National Drought Co-ordinator, says: ‘With the drought widening, it is more important than ever that we all use water wisely and use less of it.’ There are lots of ways to save water at home, including taking showers instead of baths and turning the tap off while cleaning your teeth.

How Does Drought Affect Wildlife?

Helen Vale says: ‘The amount we use at home has a direct effect on the amount of water available in rivers and for wildlife.’  When river levels drop it can be difficult for fish to survive. The Environment agency says if we see fish in rivers gasping for air we should call them on 0800 80 70 60 to report it.

The drought also affects wild animals. The Wildlife Aid Foundation has issued an appeal on behalf of baby animals in particular.

Simon Cowell (no, a different one), presenter of TV’s Wildlife SOS and the charity’s founder, says that young animals don’t know how to find water when it’s scarce, and can become dehydrated. He says: ‘The very least people can do is to keep an eye open for orphaned wildlife and report any incidents to us here at the Wildlife Aid Foundation.’

Cowell says: ‘I would also encourage people to put out shallow dishes of water in their gardens, as this would be a huge help for small animals such as hedgehogs.’ 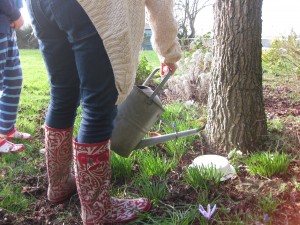 So we’ve ransacked our cupboards and shed for dishes and are keeping them topped up with water around the garden. We’re hoping that this will help all of the animals in the neighbourhood, apart from the moles who have been ravaging the back lawn for months.

Moles burrow tunnels underground to catch earthworms to eat. The earth from these tunnels appears in piles above ground, so our garden is not looking good and we have to flatten all the molehills with a spade before playing football.

My son suggested putting a sign up banning moles from the water dishes, but we had to explain that they don’t see well enough to read.

Will you be putting bowls of water out for the animals? Or do you have any other ideas how to save water?

Let us know what you and your family do in the comments section below.