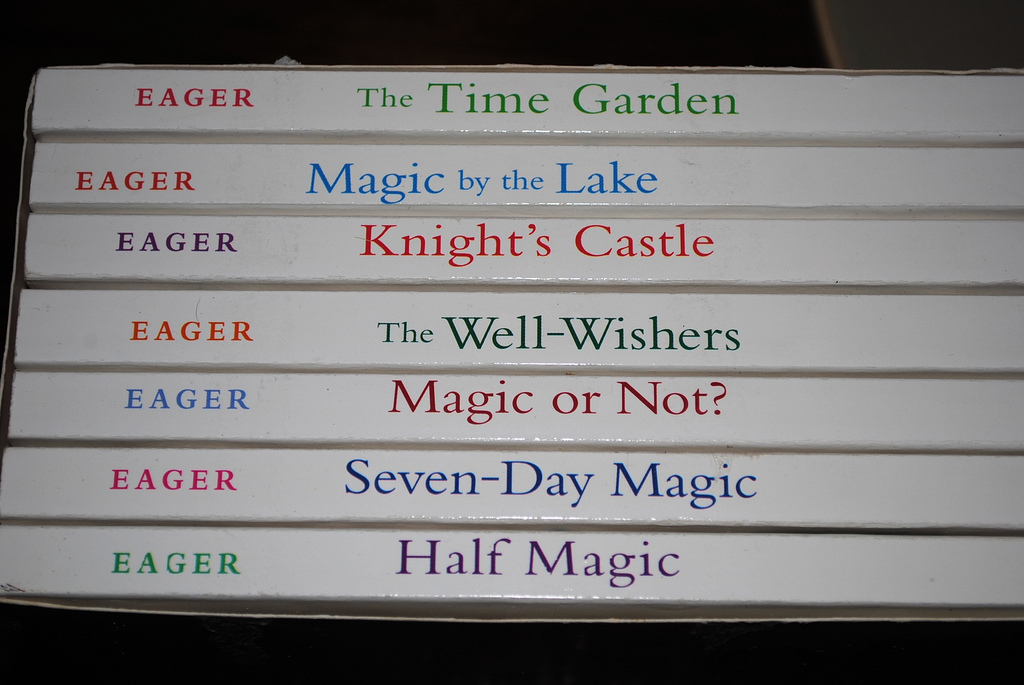 Writer Susannah Leigh was born in Canada and moved to UK when she was eight years old.  Jump! asked her about her favourite children’s book.

One of the nicest things about being an author (apart from being able to go to work in your pyjamas) is being invited to talk about books in schools. I love chatting to enthusiastic pupils about all things bookish. Usually the questions I am asked are ones I can answer easily.

‘How long does it take you write a book?’

‘Where do you get your ideas from?’

‘When did you write your first book?’

But at a school last week a student asked: ‘What is your favourite book?’

Now that’s a tough one.

I’ve read so many good books, how could I possibly choose my favourite?

And what if I haven’t read my favourite book yet? Indeed, what if it hasn’t even been written?

I racked my brains. I tried to think. I love Roald Dahl. And Enid Blyton. And KM Peyton. And Andy Stanton’s Mr Gum books make me SNORT with laughter.

I guess my favourite book is one I regard as an old friend. One you might never have heard of.

It’s called Half Magic and it’s by Edward Eager.

It was written in America in 1957 but was set thirty years earlier and yet it was remarkably modern in its approach.

Four children – Jane, Katherine, Martha and their brother Mark long for something exciting to happen to them in the summer holidays. When they find what looks like an old nickel in the sidewalk they soon realise it has magical powers. Or almost. In fact the nickel is only half magic and so they have to wish double for the powers to work – with exciting and very funny results. I love everything about this book, but especially the characters. Remember this was written in an age when girls never got to do the exciting stuff. And yet Eager gives them the run of the show. Although Katherine, the middle child is described as of ‘docile disposition and a comfort to her mother’ he goes on to say:

‘She knew she was a comfort and docile, because she’d heard her mother say so. And the others knew she was, too, by now, because ever since that day, Katherine would keep boasting about what a comfort she was, and how docile, until Jane declared she would utter a piercing shriek and fall over dead if she heard another word about it. This will give you some idea of what Jane and Katherine were like.’

I love these kids!

The black and white line illustrations, by NM Bodecker are just exactly the kind of picture you want to see in a book like this. They capture the children perfectly and make you want to have a go at drawing them yourself.

But here’s the real reason I picked Half Magic as my favourite book.

When I was nine years old my family moved from Vancouver, Canada, where I had been born and where, up until that point I had spent my entire life. We moved from the mountains and lakes, the cosmopolitan coastline to Eltham, in South East London, where everything seemed grey and rainy and where we lived with my grandparents while my parents found a house for us to buy. I was sent to a huge and busy primary school and from the very first day everything about me was wrong. The way I wrote (‘color’ not ‘colour’; ‘favorite’ not ‘favourite’); the way I spoke (‘it’s biscuit, not cookie,’ I would whisper to myself); the playground games I had never heard of (‘It? Oh, you mean tag’.)

Half Magic  reminded me of home.

It spoke of nickels on sidewalks when all I had were pennies and pavements.

It promised magic and adventure and transported me out of my lonely existence into a wonderful make-believe world where wishes really did come true.

It had feisty and funny characters. Girls who were clever and brave and adventurous and intrepid.

I loved it for all of those things.

So actually, the question isn’t so hard.

I know my answer. 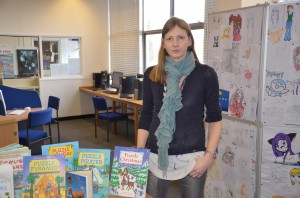 Susannah Leigh writes children’s books. She has written over twenty titles in the Usborne Young Puzzle Book series. Find her at www.susannahleigh.com