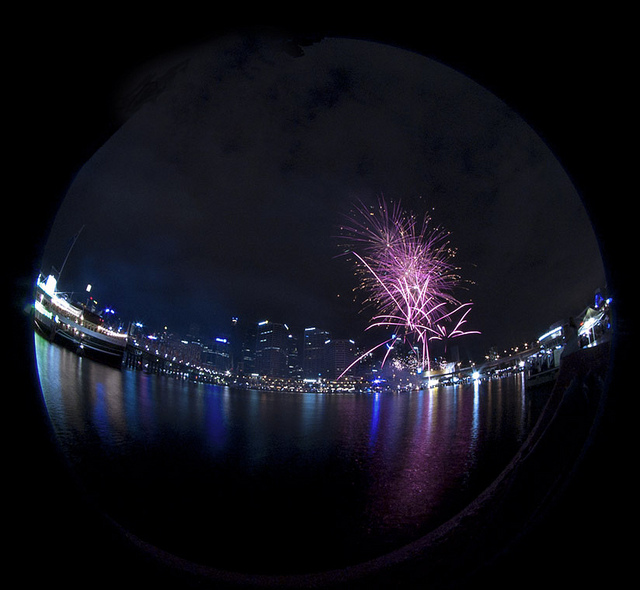 Sally-Anne was out and about in Australian, and took us along on a virtual trip. She shared her first impressions of the country, and then her love of the city of  Melbourne.

In this report, she explains why she went to Australia alone, and what it is like to travel without companions.

If you’ve been reading some of my reports from Australia, you’d be forgiven for wondering why I haven’t mentioned any of the people I’m travelling with. That’s because there isn’t anyone, I’m on this trip all by myself. I wasn’t too worried before I came because I’m quite used to doing things alone. I live in my own flat, I went to a different high school to everyone I knew from primary school and I quite often go and visit places by myself, but I’d never travelled alone. In fact, I’d never been outside of Europe at all, even with other people, so the whole trip was a bit nerve-wracking, if exciting.

Travelling alone has its ups and downs. On the one hand, I can just please myself and do exactly what I want to do without worrying about anyone else. I love visiting museums and going alone means I can spend as much time as I want dawdling in exhibitions, or I can just miss out the bits I’m not interested in. It’s great!

But other times, I think it would be quite nice to have a companion with me. Like watching fireworks over Darling Harbour, I wanted to turn to someone and say ‘Wow, did you see that!’, or when I’m eating out at night it would be nice to have someone to chat to. Just occasionally, I’d even quite like to have someone else suggest where to go or what to do, it can get a bit tiring having to do all the thinking for yourself. But mostly, it’s been pretty cool.

The strangest thing has been other people’s reactions. When I walk into a restaurant and ask for a table for one, the waiter looks surprised. I’ve noticed people often talk to you more than they would if you were with someone else. On the plane over, I was chatting to Lucy and her Dad who were going on holiday in the United Arab Emirates, I chatted to the man in the 7-Eleven shop about Birmingham, where I live and quickly made friends with Rhiannon coming through security in Singapore airport, who was going to travel all up the east coast of Australia. Most of the time this is great and I love chatting to new people, but quite often you get the feeling that people are only talking to you because they feel sorry for you being on your own. Sometimes I just want to stand up and shout that just because I’m on my own it doesn’t mean I’m lonely! People seem to get quite protective over you, especially if you’re female. I know they mean well, but I’m perfectly capable of looking after myself, thank you very much!

The surprise on people’s faces only increases when I tell them I’m here on business. Yes, that’s right, I’m not on holiday, I’m not travelling, I’m not on my gap year, I’m here to work! It’s not only middle-aged men in suits who go on business trips, the young woman in her Converse and flowery dress can too (ok, so I did put on smart trousers for the meetings, but still)! It’s really reminded me how much we assume about a person based on their appearance and that I must try harder not to do so myself!

Doing things on your own can be scary, but it’s also so rewarding. Travelling alone has made me so much more confident. Hey, if I can fly to the other side of the world all by myself, then I can do anything!