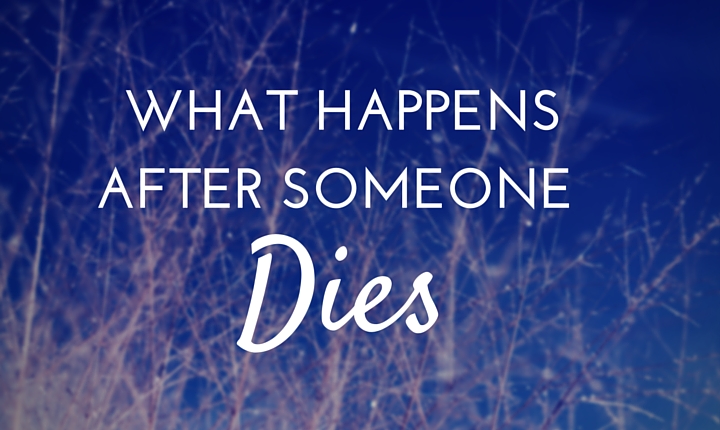 Parental information – this article contains a frank factual interview about what happens to a person procedurally after they die.

Have you ever wondered what actually happens after someone dies?  And what is it like to work in this area?

This subject can be a difficult and emotional one, but the whole mystery surrounding death can be better understood with a clear explanation of what happens, step by step.

Carolyn Ward talks to Anna, a mortuary assistant or ‘Anatomical Pathology Technologist’, about what happens when somebody dies, and what led her to choose such a potentially sad career.

There is a famous saying that in life, dying is the only certainty.  With fantastic advances in medicine and surgery and our growing knowledge of the human body, people in many parts of the world have never lived such long and healthy lives.

Taking good care of ourselves through healthy eating and exercise are important, alongside enjoying as much of each day that comes as best we can.  Life is a great adventure, filled with wonderful experiences and learning.  However, it is a magnificent journey which inevitably comes to an end.

What happens after someone dies?

Firstly, what happens [after someone dies] depends on how and when they died.  If someone dies at home, then the doctor needs to be called to confirm the death.  If a patient has seen their GP within two weeks of death and was terminally ill or expected to die, then the doctor can write a death certificate.  This is assuming they know why the person has died and that there are no suspicious circumstances.  If the doctor doesn’t know the cause or the person hasn’t seen the doctor recently then the death has to be reported to the coroner.

What is a Coroner?

A coroner can be a doctor, but the majority of them are legal professionals.  Their job is to ensure that no one is buried or cremated without a plausible (believable) cause of death.  If this cannot be determined or known, then the coroner can order that a post mortem take place to find the cause of death.

A post mortem is an examination of the person’s body after death by a pathologist to try and determine what caused them to die.  A pathologist is a doctor who works with people after death.  The patient is examined to give a detailed picture of what happened to cause them to die, and the results are collated into a report.  The post mortem is usually carried out in a mortuary, which is the part of some hospitals that deals with patients after they die. Another word for a post mortem is an autopsy.

Who is the report for?

The coroner reads the report, and a copy is given to the family.  They need to know what caused their loved one to die.

What happens if a reason for death cannot be found?

If the reason is found then the coroner gives their authority to release the body.  This means it can be collected by funeral directors for the funeral to go ahead.  If the reason for death is not clear, then the coroner will open an inquest.  This is a formal court session so that the circumstances of the death can be discussed in court at a later date.  The inquest may not happen for several months, so once the inquest procedure has been opened then the body can be released for the funeral.  It wouldn’t be fair for the family to be kept waiting.

And what about you, Anna? What were your favourite subjects in school?

At school my favourite subjects were art and biology.  I took my GCSEs and A Levels in art, psychology and history.

What lead you to choose this career?

After a break, I completed a degree in forensic science, and as part of it I managed to get some voluntary work in a hospital mortuary.  There was something about the forensics side of it that didn’t suit me.  I think because it was mainly lab based, whereas the volunteering made me realise how passionate I was to help families during the most horrific time of their life.

I’m very much a people person, so it’s a career with a good mix of science and dealing with people so suits me perfectly.  I’ve worked in the mortuary at my local hospital for nearly ten years now.  I know that I can be there for families at their toughest times, and I can support them and look after them.  I don’t see it as just a job, because for me it is a privilege to help families in their search for answers at the hardest times.

*Anna is not a real name due to the sensitive subject of discussion.