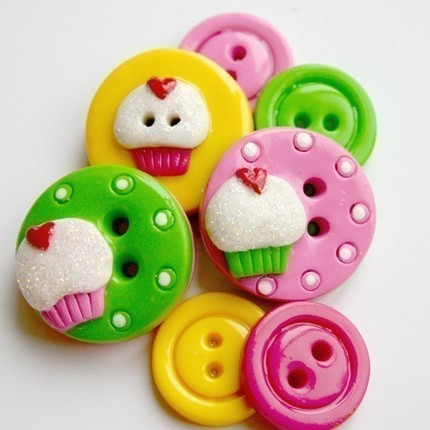 The mother of eight year old Isabella wrote about buying toys without glitter, and searching for ‘girl’ clothes in colours other than pink, which got us thinking about the term ‘tomboy’.

What do you call a girl who isn’t a girly-girl? Some people would say, ‘a tomboy’, but does that imply that the girl isn’t a real girl, and do we need a label for this anyway?

Perhaps we should let toys be toys, as this campaign demands, and sell clothes without ‘boy’ or ‘girl’ labels. What do you think?

The usual scowl begins to creep across Isabella’s forehead as I nonchalantly pull a cardigan form the cupboard.   It was blue – her favourite colour. Weary of the daily clothes battle I give up and ask her what she’s objecting to this time….after a long silence she points to some ribbing along the middle of the cardigan and I realise that this time it isn’t the colour she objects to but the style! She’s eight years old and really all she wants to wear are her older brother’s cast-offs. Oh, and she’s always hated pink!

‘Nothing pink or fluffy please’ is my standard response whenever someone asks me what she’d like for her birthday. Most people know the score by now, so we don’t get presents deemed to be ‘girly’…but it’s a bit of a problem for this age group as most of the options including books are all pink, plastic and glittery and totally ghastly in the eyes of my tomboy daughter.   Give her play dough, paints, pens or crayons and she’s in heaven, anything ‘girly’ gets short shrift.

Building dens with her brother, junk modelling and building with lego are a few of her favourite things. When I caught her trying to pee standing up in the garden I had laugh…..

Purchasing school uniform in the past has proved tricky. When we went to Clarks shoe shop on our hunt for suitable school shoes for her, I steered clear of  the girl section fearing utter contempt if I even suggested such a thing – sure enough, my hunch proved correct as Isabella blanked all the ‘mary janes’ and instead made a beeline for the boys shoes. ‘Are you sure you want to get these boys shoes?’ I asked feebly, already knowing what the answer would be before the words were even out. I asked the shop assistant whether many girls came away with boys shoes, ‘Not many really’, she answered with a wry smile, but added that she thought the boys’ ones fitted better anyway. Fortunately the school doesn’t mind and she can show up in boys’ trousers and polo shirts. Summer uniform consists of boys grey 50s style shorts. No gingham frocks in my house!

I felt more exasperated the other day as I went looking for roller skates, for both her and her older brother. ‘Do you need boys or girls skates?’ every shop assistant asked. ‘Err I um, I suppose I want boys’, I stammered, wondering if I needed to explain she’s a girl but hates pink.  I was assuming, correctly as it turned out, that by girls and boys they were asking whether I wanted pink or blue. ‘I have these in pink’, the manager offered hopefully, after I had already explained the situation about 3 times. He just couldn’t get it that I had an eight-year-old girl who didn’t like pink. I glanced at the awful fluffy glittery pink and purple ones, and thought how horrified Isabella would be and how disappointed if she ever received such a gift. In the end, I opted for bright red and yellow ‘hero’ roller skates for her and blue and silver for her brother. Fingers crossed I made the right decision!

I just wish clothing manufacturers would realise that there are girls out there who would gladly wear feminine clothes if only they weren’t pink or glittery. Children shouldn’t be pigeonholed at such a young age. I believe it can affect the way they perceive themselves and the choices they make for the rest of their lives. It’s too narrow-minded. Toy manufacturers don’t help the situation either. If you go and look for something for young girls, there really isn’t much choice apart from pink or plastic so we automatically search in the ‘boy’ department, which isn’t always a very satisfactory solution for a five-year-old who hates pink!

Hamleys recently stopped their sexist labelling and colour coding according to perceived gender preferences but lego continues to promote pink or purple lego for girls. As I was growing up it was just plain ‘lego’ for all.

Isabella was cast as an ‘angel’ in the last Christmas play and was supposed to wear a pair of pink wings! I told her teacher she probably would balk at the suggestion, but the teacher waved it off and said, ‘Oh she’ll wear them when she sees all the others dressed up’ – funny how she suddenly developed a fever on the day thereby avoiding the situation altogether!

Personally I love it. I love how she doesn’t care when she’s the only girl pirate at the princesses and pirates school party, and that she thinks suitable party clothes consist of a faded old t-shirt and denim cut offs.   I feel relief that she has the will power to be herself. Being a ‘tomboy’ merely gives her the freedom and fluidity to move across the spectrum and be who she wants. Long may it last.

Lorenza Bacino is a freelance journalist