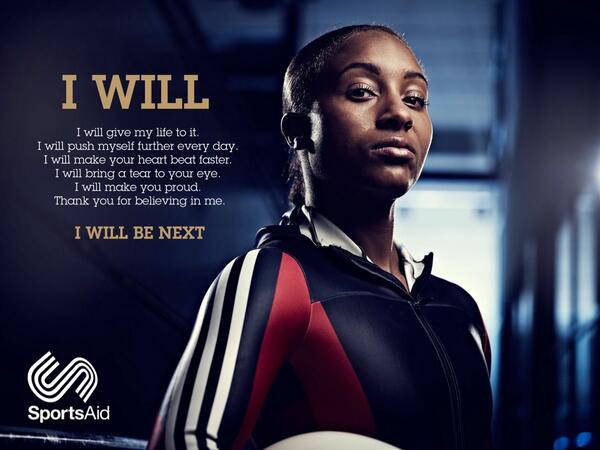 Jor’dan McIntosh is one very special athlete. Currently studying at Loughborough University, the Derby born 23 year old is specialising in one of the most gruelling yet exciting Winter Olympic events. Because right now, while her compatriots compete in Sochi for Skeleton Gold, Jor’dan is perfecting her technique, in her aim to be the best female Skeleton athlete come the next Winter Games in PyeogChang South Korea 2018. 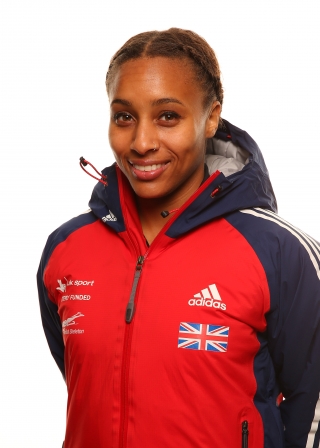 Jor’dan started her athletics career as a sprinter. When a friend persuaded her to take part in a UK sport talent identification scheme called Power2Podium in October 2011.

[pullquote align=”right” cite=”” link=”” color=”” class=”” size=””]”I had 5 vigorous selection rounds to get through which tested us physically and mentally to see if we had what it took to be a world-class skeleton slider in the future” [/pullquote] So from 2,500 applicants from across the country, British Skeleton chose 50 to progress onto the next phase which whittled the numbers down even more. Eventually, Jor’dan was in the final round of 6 athletes and the only female remaining. As a result of this fantastic achievement Jor’dan is currently training with the “world class British skeleton programme for the 2018 Winter Olympics in PyeogChang”  Her sport takes her around the world, but the most interesting place she has visited is St Moritz in Switzerland, 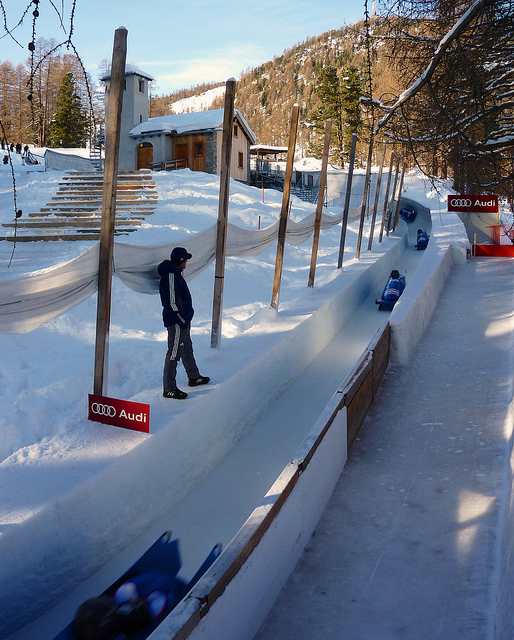 “It is such a beautiful place like a winter wonderland and it has a natural man-made ice track which is so cool to slide on!”

For those of you wondering what it feels like racing down an ice track on little more than a tea tray, well Jor’dan describes it as being like “a really fast roller coaster ride!”

Aiming for Skeleton Winter Olympic Glory in 2018, Jor’dan puts in a lot of training and dedication to her sport. Her typical day looks something like this:

Breakfast 645am – Leave for the track

So the next time you watch a British athlete sliding down an ice track, remember the dedication, hard work and determination that’s been involved in getting them there. Keep any eye out for Jor’dan in the future; she’s sure to have a leading role.

How Can I Try Skeleton?

There are 14 skeleton tracks in the world, but unfortunately, you’ll have probably heard that there is nowhere in the UK that you can actually try out our sport on ice. The nearest experience to sliding on ice is the push-start track at the ‘Home of British Skeleton’ in Bath where our athletes train during the summer.  It’s about 130m long and replicates the explosive start of the sport where you push the sled as hard as you can before leaping on.

We hold Have a Go Days in Bath, where you can have a number of runs down the push track at speeds of up to 25-30 miles an hour. It might not sound much but when your head is only a few inches off the ground it is much faster than it appears. We also time the runs so you can compare your times with the Olympic athletes who train on the track and see how your measure up! There is no upper age limit on the push track, nor is there a limit based on ability. It’s open to all but we do have a lower limit and you need to be 16 years or above to take part. 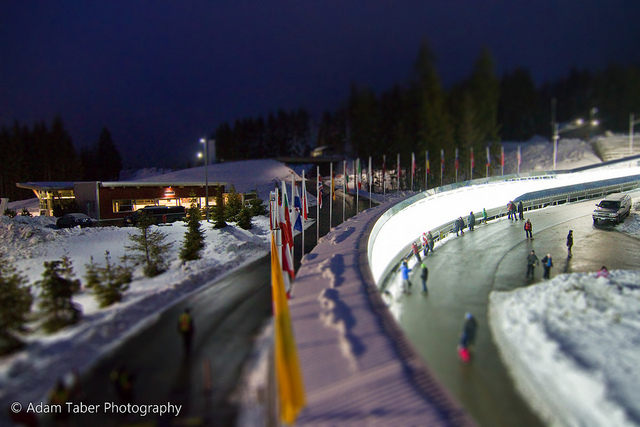 Those who live in Europe or North America can try the real thing on an ice track (and Brits can go there when they are on holiday). If you ski then there are tracks at LaPlagne (France), Lillehammer (Norway), St Moritz (Switzerland), Innsbruck (Igls, Austria), Lake Placid and Park  City (USA), Calgary and Whistler (Canada) that all offer the opportunity to have a go at the sport and you can then combine it with a ski holiday. There are also 3 tracks in Germany and one in Latvia as well. And now, of course, Sochi too…!

Expect to pay between £60 and £120 per run depending on where you go.  This covers the cost of use of equipment, sled, helmet etc, a little bit of coaching and the run down the track.

How Do I Join the Team?

Together with UK Sport and the English Institute of Sport (Performance Pathway Team) the GB Skeleton Team launched the ‘Power2Podium Skeleton’ campaign.  It is aimed at both male and female existing athletes between the ages of 17 – 25 who believe they can achieve Olympic Success. This is the pathway that current overall World Cup Champion Lizzy Yarnold came into the British Skeleton programme through back in 2008. 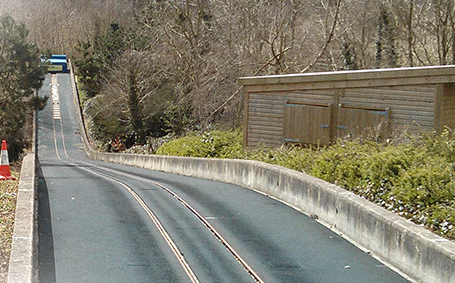 For those that have expressed an interest in the sport and fall outside of that age range, unfortunately, they will be unable to consider you for our Olympic programme. This is due to the profiles of the athletes that are currently winning medals and the length of time it takes to reach the top of our sport – 7 to 9 years for men and 6-8 years for women. If you want further information then please register your interest for ‘Power2Podium Skeleton‘ here.

I Want to Join the Talent Programme in UK

The only way to join our programme is to register and take part in a Talent ID day. Details of the next one are above. There will be others taking place in the future, and the best way to keep in touch is to register as member of British Skeleton for just £25 per year. This will entitle you to all the inside information, news and invites to future events the sport holds. Click here to register

I Want to Join the World Class Programme in UK

There are currently only 15 athletes on the British Skeleton World Class Programme. Only athletes that have taken part in a Talent ID day and gone through our Talent programme can go on to become part of the Programme. Currently, the process takes around 12 months with no guarantees at the end of that period of graduation onto the full World Class Programme. The Talent ID process incorporates various tests in the UK including time on our push-start track, a final selection on ice followed by a full winter training on ice and a summer programme of strength and conditioning and start coaching.

I Don’t Live in UK. Where Can I do This in My Country?

Check out the International Bobsleigh and Skeleton Federation website to find an organisation in your area.