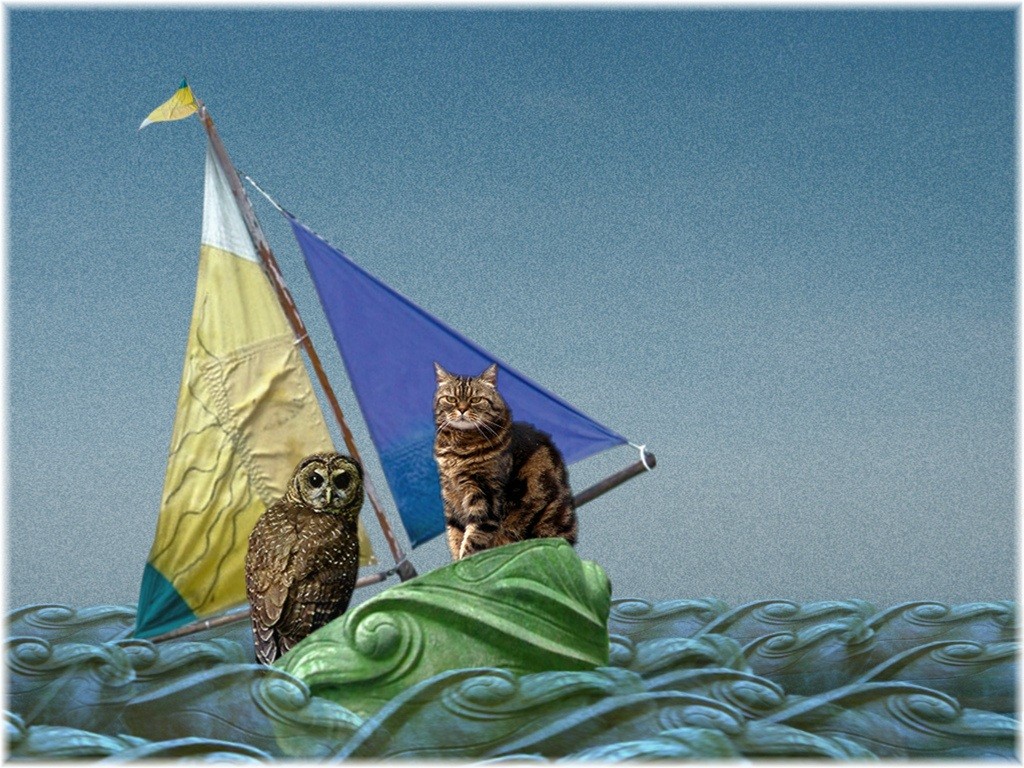 Have you got a favourite poem? One that you can recite from the heart; with words that set your soul alight with happiness? Poems can be happy, funny, sad, but all are beautiful.  There’s one out there for everyone.

Here are some of the world’s most popular poems.  Is your favourite amongst these?

If it isn’t, please email it in to JUMP! With your name and age, and we will discover some new favourites. Or add it to this article in the comments section. There are hundreds of children’s poetry websites online, now get researching…

The butterfly
perfuming its wings
fans the orchid

The Owl and the Pussycat

`Twas brillig, and the slithy toves
Did gyre and gimble in the wabe:
All mimsy were the borogoves,
And the mome raths outgrabe.
“Beware the Jabberwock, my son!
The jaws that bite, the claws that catch!
Beware the Jubjub bird, and shun
The frumious Bandersnatch!”
He took his vorpal sword in hand:
Long time the manxome foe he sought —
So rested he by the Tumtum tree,
And stood awhile in thought.
And, as in uffish thought he stood,
The Jabberwock, with eyes of flame,
Came whiffling through the tulgey wood,
And burbled as it came!
One, two! One, two! And through and through
The vorpal blade went snicker-snack!
He left it dead, and with its head
He went galumphing back.
“And, has thou slain the Jabberwock?
Come to my arms, my beamish boy!
O frabjous day! Callooh! Callay!’
He chortled in his joy.

`Twas brillig, and the slithy toves
Did gyre and gimble in the wabe;
All mimsy were the borogoves,
And the mome raths outgrabe.

Lewis Carroll
(from Through the Looking-Glass and What Alice Found There, 1872)

Halfway down the stairs

Halfway up the stairs
Isn’t up
And it isn’t down.
It isn’t in the nursery,
It isn’t in town.
And all sorts of funny thoughts
Run round my head.
It isn’t really
Anywhere!
It’s somewhere else
Instead!

Twas midnight in the schoolroom
And every desk was shut
When suddenly from the alphabet
Was heard a loud ‘Tut-Tut!’

‘I disagree,’ said D to B,
‘I’ve never found C so.
From where I stand he seems to be
An uncompleted O.’

C was vexed, ‘I’m much perplexed,
You criticise my shape.
I’m made like that, to help spell Cat
And Cow and Cool and Cape.’