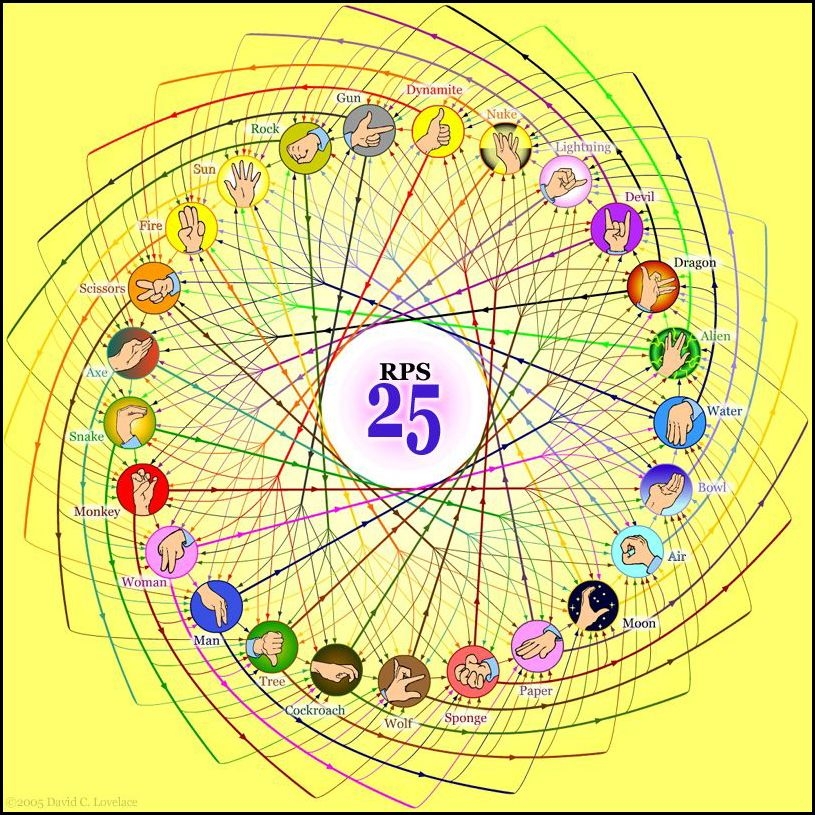 The game rock-paper-scissors is well known around the world. We’ve all used it as a choosing method, or simply as a game! The easiest version is played between two people. Both players choose one of the three shapes for one of their hands, and reveal their choice at the same time, hoping their choice beats their opponent.

It’s nearly impossible to gain an advantage over your opponent, unless you wait long enough to identify their choice before you make yours, but the chances are that they will realise your cunning plan and call you a cheater!

This game is not simply a choosing game. There are mathematicians dedicated to constructing algorithms for the best strategy to win, and scientists devoted to creating unbeatable robots! In fact, researchers at the University of Tokyo have created a rock paper scissors robot that wins at rock-paper-scissors 100% of the time.

The key to it’s success is cheating. The robot waits long enough to identify the choice its human opponent has made, before making its own. Using high-speed vision, it can recognise the position and shape of the human hand in 1 millisecond, or one-thousandth of a second, so no human eye can notice it’s cheating.
UPDATE
The researchers in Tokyo have improved the robot, making it even faster. Check out the new video here

You may now be questioning whether funding scientists and mathematicians is the best use of our country’s capital! And the answer is yes! This project was created as a demonstration of how the technology can be further developed into motion support for humans.

For example, a robot could be used to recognise danger in a hostile working environment and help bring the workers out of it. Already a simpler version of this is in use. Modern cars now have real-time pre-crash detection systems. Another example would be to have a robot perform intricate hand motions, in a dangerous work place, by following the motions of a human arm, thus keeping the human safe.

But those applications are not nearly as mind-blowing as complicated variations of this game, for example by adding more and stronger weapons! Probably the most well known example is the rock-paper-scissors-lizard-spock version, popularised by the tv show The Big Bang Theory.

This includes the lizard poisoning Spock and Spock vaporising rock. But why stop with with five weapons, twenty-five possible combinations and Spock, when you can have twenty-five weapons and … well, I can’t count that far… Yes, there are world competitions created around this game and it’s variations. Why don’t you try making your own version?

Karin Valencia is a PhD student at Imperial College London using mathematics to ivestigate how important proteins change the shape of DNA.