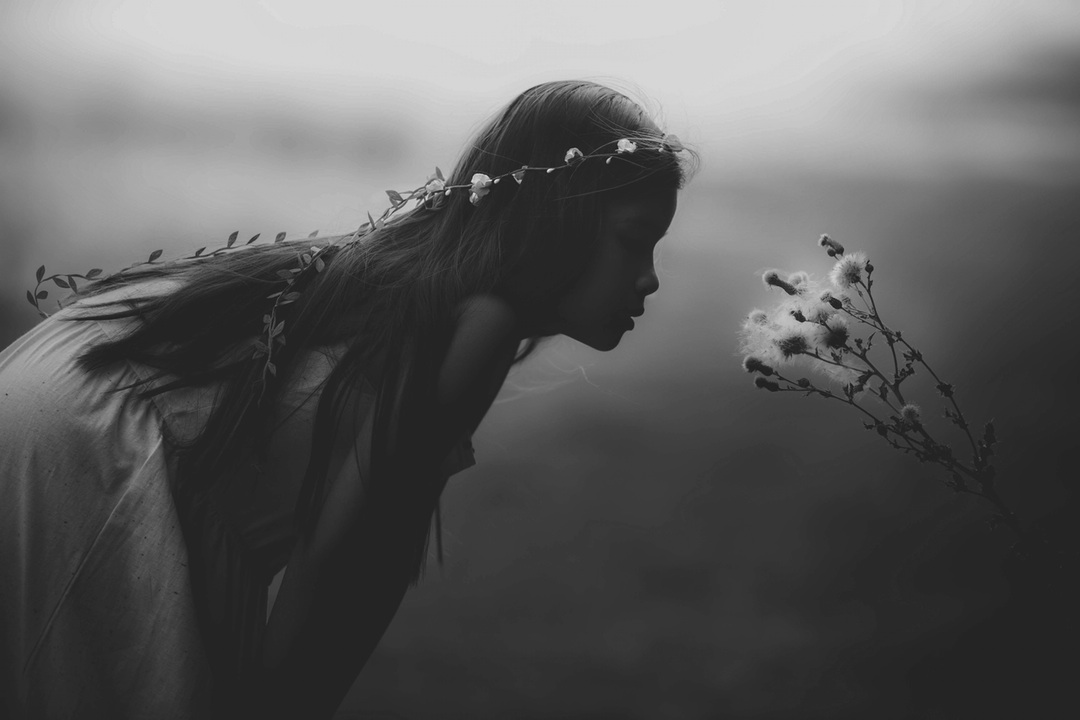 A chronic condition means a type of illness or disability which will be a part of your life for the rest of your life, and will mean medication or other type of medical treatment such as physiotherapy (exercises designed to treat and strengthen your body) and regular visits to the doctor or hospital or both. 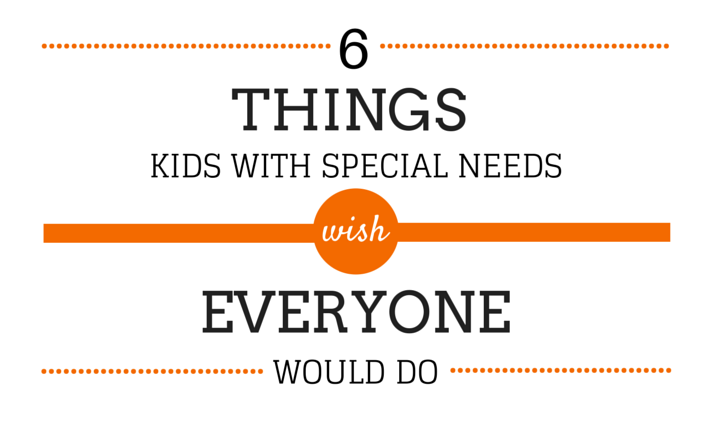 When we published our article 6 Things Parents Wish Their Kids Would Do … and 6 Things Kids Wish Their Parents Would Do, one of our readers got in touch to say we should do one for the things that kids with special needs wish EVERYONE would do. So we asked our followers, and came up with this list.

It was a bit tricky to put the list together, because there are so many different kinds of “special needs”. For some children, their disability is quite well manageable with medication, or with assistance and therapy, and you’d hardly know they had any additional needs.  You may have heard of autism or Asperger’s Syndrome – these are part of the autistic disorder spectrum, a range of conditions that affect how people communicate and relate to people around them. You can’t tell by looking at someone if they have ASD.

Other children have disabilities that are apparent when you meet them, such as those with Down’s Syndrome, which we have covered in more detail here. Or they might use a wheelchair to get around.

What thing do they all have in common? They sometimes get asked really silly questions, and get treated badly by people. Make sure you aren’t one of them, by listening to what the kids (and their parents) had to say! 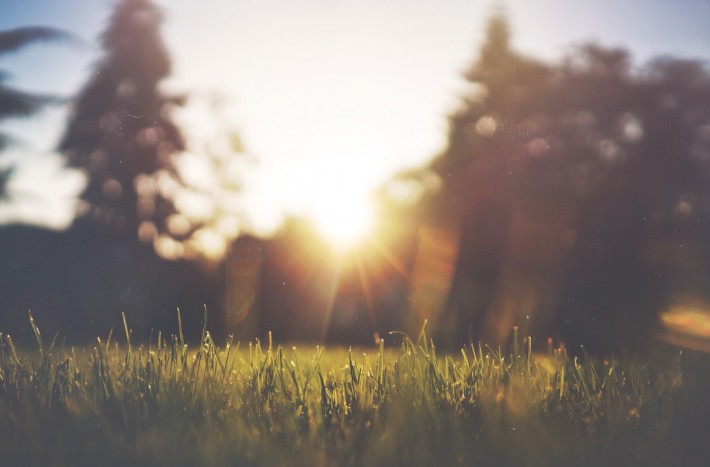 My name is Mia and I’m ten years old.

I’m the first person in my family to write a book. It’s called I Love You Natty and is about my younger sister who has Down’s syndrome. Natty is 7 and there isn’t anything particularly ‘special’ about her, but she does have an extra chromosome in every cell of her body, which looks like a jelly bean. 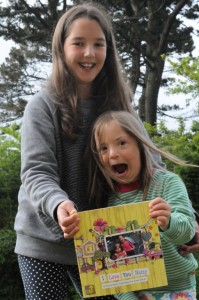 She needs some extra help sometimes, for example I learnt Makaton to talk with my hands with her. She used to have physio therapy and also had surgery on her heart when she was small. But we all need support sometimes don’t we?

Most of all Natty is just my little sister. I love that when she was small she would force herself to open her eyes to look at me because she recognised my voice. I love Natty and my life wouldn’t be the same without her.

I wrote this book with Mum so that other children could understand what Down’s syndrome means. I did lots of drawings and we chose lots of family photographs to go in the book too.

I hope you enjoy it. Natty does. 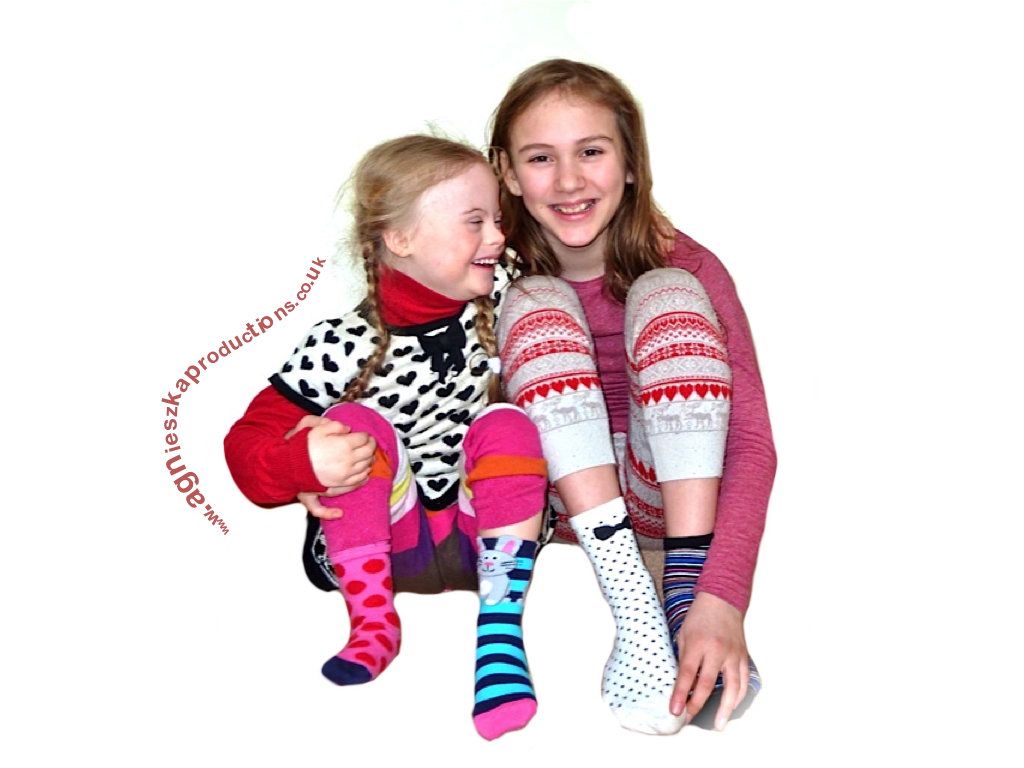 Do you sometimes wear non-matching socks? When you can’t find ones to match or just because you want to?  Well on the 21st March you have the perfect excuse to and Agi is going to tell you why.

Agi has been making videos about her life with her little sister, who just happens to have Down Syndrome, for many years. We asked her to tell us more about this condition, and about life with Magdalena and to share some of her videos with us.

Firstly though who am I?

I’m called Agnieszka (Agi for short) and I am home educated with my little sister Magdalena, who is 7 years old. I have a website which I blog on about our life together and anything else I am interested in. I want to be a filmmaker when I’m older, and you can view lots of films that I’ve made on my website, and Magdalena wants to be an artist. She is one of my best friends. We have loads of fun together, and I don’t treat her any differently or treat her ‘specially’, even though she happens to have Down’s syndrome. Which is where the lots of socks come in…but first, let me explain.

I would never have known this unless my little sister, Magdalena was born with an extra 21st chromosome.

Have you worked out yet why World Down Syndrome day is on the 21st of March?

It’s because people with Down syndrome have three chromosomes on chromosome number 21, instead of the usual two. This is also known as Trisomy 21.

Why is it Called Down’s Syndrome?

So why call it Down’s syndrome? No, it’s not because people with Down’s syndrome are ‘down’ or grumpy, it’s actually because Dr John Langdon Down discovered the condition, and it was named after him.

Lot’s of people my age don’t know what Down’s syndrome is, (actually lots of adults don’t either) and that can make them scared of what they don’t know about, so they ignore Magdalena or talk ABOUT her instead of TO her or say something unkind thinking she won’t understand or be hurt by it. So before I get onto the socks, I want to tell you a bit about what Down’s Syndrome is and what it isn’t!

Rosie wrote an article last week for Jump! Mag, telling us about her life on a farm. What you did not know when you read that piece, is that Rosie has special needs. Her mother explains how it is to live with a child with special needs.

I believe that you know immediately after giving birth that your child is different somehow.

As they grow, you notice that some milestones are different from the ones that your other children had and you silently chide yourself for comparing them.

You live with it every day and it becomes normal behaviour to you and your family, you adapt to the child’s needs and try to help them make sense of all that their jumbled up senses bring them.