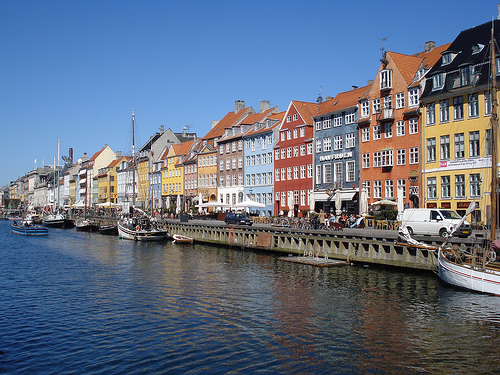 How brave are you? And would you help a friend if it meant putting your own life in danger? Those are dilemmas that Annemarie Johansen faces in Number the Stars. Ten-year-old Annemarie and her best friend Ellen live in the same apartment block in Copenhagen. It’s 1943, the middle of the Second World War, and there are German soldiers patrolling the city.

The two girls share stories and secrets, but there is one difference between them – Ellen and her family, the Rosens, are Jewish. And when word gets out that the German army is planning to ‘relocate’ all the Jews in Denmark, the Johansens must help their friends to escape. But will the Rosens make it to safety?

The author, Lois Lowry, had a friend who grew up in Copenhagen during the Second World War, so this is a true reflection of life in the city during the German occupation. The story shows how hard life was for many people. Food was scarce – in the story, the girls can have bread, but no butter, as a snack after school. And because there is no leather to make new shoes, Ellen’s little sister Kirsti has to wear shoes made from fish skin.

Despite the suffering they had to put up with, the Danish people were extremely brave, and determined to stand up to the enemy. The King of Denmark, King Christian, ordered the bombing of his own ships in Copenhagen harbour, sinking them so that the German soldiers could not use them. Lots of people worked as part of the Resistance, a secret organisation that helped to save the Jews.

Lois Lowry is a great storyteller, and if you like learning about life in the past, you will love this tale of these two friends. Number the Stars is quite sad, and full of suspense – once you start reading it you’ll want to keep on going until you reach the end! If you’ve read it, please comment and let us know what you thought.