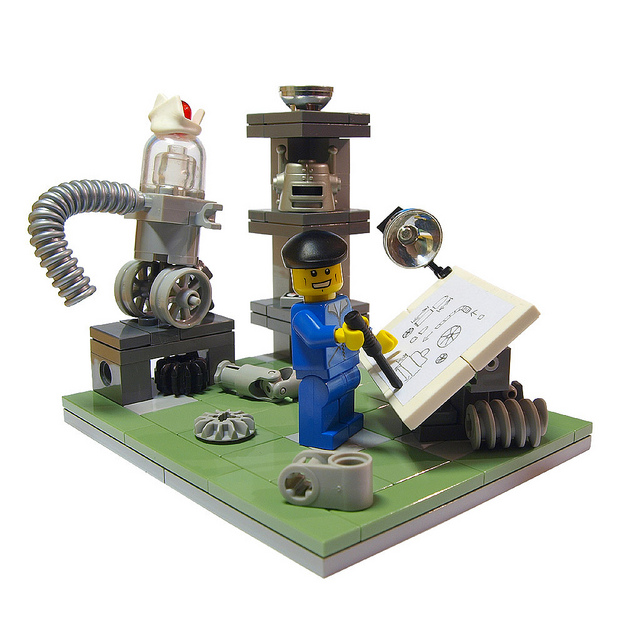 Have you ever thought ‘There MUST be an easier way to do this’? If you have, you are not alone. People around the world invent and re-invent products all the time. Some of them are professional, and inventing is part of their job. Others are just normal people who had a bright idea.

There are many clubs and societies which you can join and learn to invent or develop your curiosity and talent for science and invention. All inventors start somewhere, and most of them start when they are very young. Young people have the best imaginations so if there is something you think is a good idea and you want to try and create, why not join up with other young creative people and work together.

You don’t have to be really good at science, mechanics or engineering to be an inventor. An inventor is the person who comes up with the ideas, and then scientists and engineers can help build the first practice models, called prototypes, of those ideas.

The best way to come up with an invention is to be aware of the world around you. Do you sometimes do a task and think there must be a better way of doing it? You could try to think of a way to make it easier. If you think of a way, you have invented something! The next step would be to try and either build the item that would make it easier, or write the steps that would make it quicker and simpler.

There are many ways to become involved in inventing in the United Kingdom . Teen Tech, co-founded by a woman who will be familiar to many of the adults in your life, Maggie Philbin (a keen supporter of women in science and technology), is a national organisation which runs events across the country. They have hands-on exhibits and challenges, and welcome schools and other groups such as Girl Guides, Scouts, or youth clubs, attending and learning and having fun with technology.

If you are in Scotland the Scottish Council for Development & Industry runs Young Engineers and Science Clubs which you can join.

For readers in the US or elsewhere, try googling ‘kid inventor club’ and the name of your area/country. This list from the US Patent and Trademark Office is a good starting point – many of the inventor groups for adults have programmes for kids too! This website is a bit dated, but has links to groups around the world.

Maybe your school or local youth group has a young inventors club. If it doesn’t have one, why don’t you ask your teacher if you can start one! The group called Young Inventors Club was created to help those who want to set up clubs. They run programmes and in-school events for ages 11 to 18 and you can also go on field trips to museums and innovation centres with which they are partnered. The group was started by Tony Waithe, who is himself an inventor of hair products and gadgets.

There is a Facebook page called Young Inventors Club which may help you create your own club or talk with other people about your ideas, but remember you have to be over 13 to be a member of Facebook.

So what are you waiting for? Look around and see what could be improved in your area, and invent away. The only limit is your imagination!