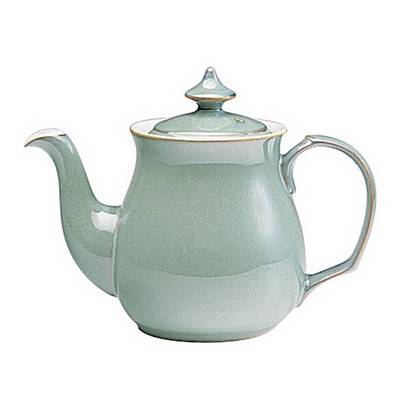 Following on from Iona’s wonderful story of Cha Cha the Dragon, here is Part 2

Once upon a time, in deepest China, there lived a man named Li-Wang. Li- Wang was getting on in years. His wife and son had both died in childbirth, and he had only his beautiful daughter to comfort him and to keep him company. It was widely said that the daughter of Li-Wang could be no mortal being, but was an angel, sent straight from the Gods as a token of their grace and kindness. However, Li-Wang, poor man rarely ever got to see his beautiful daughter, for Li-Wang was a builder, and his latest line of employment was on The Great Wall of China Teapots.

Now, one day, Li-Wang was laying the teapots along the wall, when all of a sudden, he heard a great rumbling. There was nothing unusual in this, as storms in those parts were not uncommon at that time of year, but as the rumbling grew louder, and began to take an unnatural tone, he laid aside his teaspoon, and saw to his great alarm, a huge army of terracotta robots advancing toward the wall from the direction of Mongolia.

He watched, aghast, as the foremost of these robots took out a cast iron coffee pot, and began to smash the teapots. Li-Wang stood, speechless for a moment, then began to yell at the robots, but it didn’t slow them. In fact, it seemed to anger them, as more and more removed the great foul stinking pots from their dark interiors. By now, other workers had noticed their handiwork being demolished from below, and were running around, yelling and panicking. Li-Wang, however, collected his wits about him, and considered the matter at hand.

Yes. Yes, that was it, he would have to go and visit Cha-Cha the dragon. 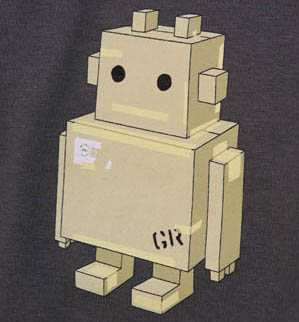 Cha-Cha the dragon was not in a good mood. Not a good mood at all. And matters were not made any better when someone knocked at his door. He stomped moodily to the door, and even moodilier back when he realised that he had forgotten the key. In fact, he was in a right state when he finally opened the door. But he forgot his anger when he saw who stood on the doorstep. All his misgivings fell away and were replaced by a mask of shock, horror, and, to some extent, dread.

“I believe you owe me a favour, o great and mighty Cha-Cha, the wisest Dragon of all time,” There was a hint of a challenge in his voice as he spoke.

“Aye, Li-Wang, aye, it is so,  but you see, I’m just a wee bit busy at the moment, I’m free next Thursday, and whatever this is, I’m sure it can wait till then!” He wheedled, but Li-Wang wasn’t having any of this.

“I don’t need you next Thursday, I need you NOW! China is being invaded, THROUGH the Great Wall, and we shall all surely perish! We need your magic fire, we need it now.” Cha-Cha could see that Li-Wang wasn’t going to give in that easily. He tried a different tack.

” But that is surely worth more than the simple favour that I owe you! I need something else, as payment!

“You know that i have nothing but my daughter,”

“then give me your daughter,”

“your daughter or the whole country shall die because of your strong will,”

“Very well. You shall have my daughter. But it shall break my heart.” Cha Cha could see how very miserable Li-Wang was, so he said,

“Fine. I shall accept your daughter, and you may have her back once you have gathered ten years worth of pay.”  Li-Wang’s mood was so miserable that he didn’t even bother to think about bargaining for his daughter. He left with the mighty dragon in tow.

The emperor watched with anguish as the robots demolished his pride and joy, his work of art, his masterpiece at the end of their hardened metal coffee pots. he watched as, all over the wall, spouts and handles were cruelly ripped off, and the tea, like brown blood, spilled out onto the ground.

Then, all of a sudden, he heard a mighty roar. he looked down just in time to see a huge scaly body, as green as a leaf but as thick as a tree trunk, crawl past. grreat. this was JUST what he didn’t need. now the dragons were… wait! that dragon was advancing toward the enemy! Before his very eyes, Cha-Cha opened his mighty maw, and breathed a jet of bluish purple fire onto the robots.

When he had held this flame for several seconds a wondrous change began to occur among the robots. O Frabjous  day, calloo, callay, the robots began to transform into human figures, and the coffee pots into swords and spears. then, all at once, the fire stopped, and Cha-Cha the dragon disappeared. Then, the emperor noticed Li-Wang wandering dazedly among the ex-robots, muttering to himself,

“Oh, my daughter, my poor, poor daughter!”the emperor made his way over to where Li-Wang was in distress, and made his presence known by a slight cough. Li-Wang jumped and spun around, startled, but when he saw the emperor standing there he prostrated himself with a gasp, but the emperor, who was  new to the profession, and got rather embarrassed by the whole reverence malarkey, raised him to his feet, and spoke,

“Are you in charge of these metal monsters?”

“Nay, my lord, I am but  a humble builder, who happens, or , rather, happened, to have a favour owed to me from a dragon.”

” Then what is al this about your daughter?” Li-Wang poured out the whole story, to this, the most unlikely of sources, and by the time he had finished, the emperor was so amazed that he said nothing for several seconds. Then he burst out,

“You saved countless thousands of innocent lives; what can I offer you as a reward?” Li-Wang thought for a moment,

“Ten years worth of builders pay.” the emperor’s face broke into a broad grin.

“my dear fellow, you can have not ten, not twenty, but fifty years of builder’s pay! Oh, and how about a fine palatial palace thrown in? Large garden, five bedrooms, and there’s a fine working condition Aga in the kitchen, not to mention the…” and so on and so on. Li-Wang thought His Majesty must be teasing him, but when he realized that he was serious his eyes brimmed with tears of joy and gratitude.

When the emperor finished  speaking, Li-Wang asked when was the soonest  time he could have ten years worth of pay, and was amazed that it was right now! As soon as he had the cash in his pocket, he went straight to Cha-Cha’s lair, where he paid the money for his daughter’s ransom, and left with her in his arms, feeling the completeness of life, and still hardly able to believe that he would never have to work again.