If you have learnt a foreign language, or if you are bilingual in another European language, you may have noticed that there are a number of words that are similar to words in English. Perhaps you may even have been told that some of them are derived from Latin or Greek, or that they have Germanic roots. But why is the pronunciation so often so different in English? 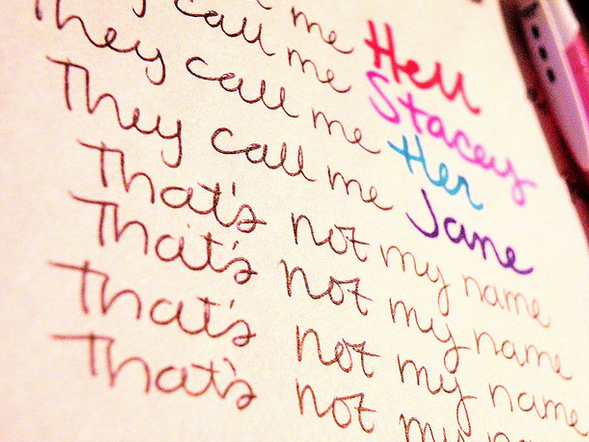 Do you ever wonder why people can’t pronounce your name correctly? Or struggle to say a friend’s name right sometimes? Here Avani tells us about her experiences, and how we can make the effort to pronounce things as best we can!

Do people always get your name wrong?

My name is Avani and let me start by saying: I get it.

Sometimes I spend ages teaching someone how to say my name properly (Uvni would probably be the best way to write how it’s pronounced) and other times I really can’t be bothered. I wish I had an easier name, or that people would just work harder to get it right!

Why do we find some names really difficult to pronounce and others really easy?

My family, for example, come from a part of India called Gujarat. The Gujarati language uses a syllabary (a set of sounds) rather than an alphabet, but the syllables don’t always match up with English letter. The ‘v’ in ‘Avani’ (વ in Gujarati script) should actually be pronounced somewhere in between the English ‘v’ and ‘w’ sounds, but there isn’t an English letter that sounds exactly the same and this makes my name harder for people to remember! Also the ‘a’ and ‘u’ sounds in Gujarati are written using variations of the same symbol (અ (u) and આ (a)), which is why my name is spelt with an ‘A’, but pronounced using a ‘U’. Here’s what ‘Avani’ looks like written in Gujarati: અવનો – cool, right?

Languages which do use the same letters as those in English, may not pronounce all of them in the same way. This means that names that look similar on paper may be pronounced differently depending on where in the world someone lives. In Spanish, for example, the ‘j’ and ‘x’ letters are more like (but not identical to!) the English ‘h’, and in German, the letter ‘j’ sounds more like the English ‘y’ – can you imagine all the different ways people around the world must pronounce ‘Jesus’? You can listen to a few here! 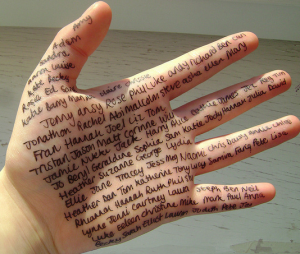 It’s not only names from other countries that are hard to pronounce though! Have you ever thought about which common English names might be tricky for someone learning the language to get their head around? What about the name ‘Thomas’? We say it with a hard ‘T’ (like the one in ‘tree’, rather than the one in ‘three’) even though it is spelt with a ‘Th’, and we say the name ‘Charlotte’ with a ‘Sh’ sound (like in shop) even though it is spelt with a ‘Ch’ (like in chop). It must be hard to keep up with which names follow the usual pronunciation rules (like Theo or Charles) and which ones don’t!

What can I do if I think I’m pronouncing someone’s name wrong?

It is always worth checking with someone if you think you’re saying their name wrong – even if you’ve known them for ages and are embarrassed about asking, chances are they’ll be really glad to have an opportunity to correct you! However, it’s also important to remember that even if you know that the way someone says their name is different to the traditional way of saying it, you should always say their name like they have asked you to. Many people living in England, for example, prefer to go by a nickname or a more ‘Anglicised’ (English-sounding) version of their name to make things a little easier – so if you know a ‘Jesminder’ who prefers ‘Jess’, or a ‘Paulo’ who prefers ‘Paul’, you should respect their decision! 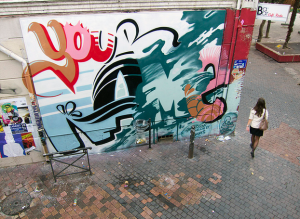 times) – don’t despair, they probably won’t mind if you ask them again! If you are too embarrassed, though, there is a huge variety of pronunciation websites out there which will be able to help you. Click here for a good one!

Do you have a hard-to-pronounce name? Or have you ever been in an embarrassing situation over getting someone’s name wrong? Do you live in another country – which English names do you really struggle with? I’d love to hear your stories!

As well as trying to get people to say her name right, Avani Shah is currently working on a book for 8-12 year olds. She also blogs about her childhood and teenage experiences (Away with the Mice) and writes about words, etymology, and spelling for a website called Spellzone.