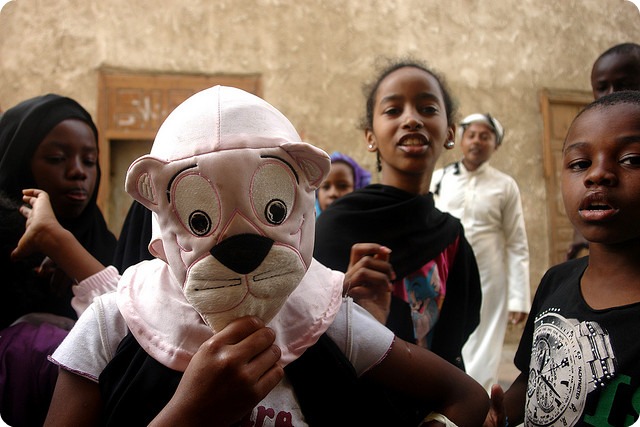 As a very young girl I was lucky enough to have the opportunity to stay in Saudi Arabia for a few weeks, as my father was working there for British Telecom.  Saudi Arabia is a very different culture to ours, and I have vivid memories of my time there.  I remember walking around in shorts and a T-shirt because I thought it was very hot, yet all the Saudi Arabians were in big heavy coats because it was their winter!  That was in the 1970s, and Saudi Arabia has changed quite a bit since then. What is it like to be a child in Saudi Arabia now?

Saudi Arabia is run by a King and his appointed Ministers so the people don’t choose their ruler. The country runs according to a particular type of Islamic law called Shariah, which is very strict. Even what name you are allowed to give your child is regulated, meaning there are some names that would never be allowed! 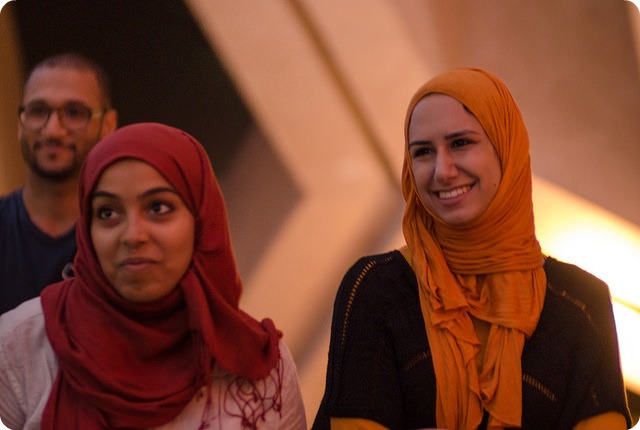 Men and women are both allowed to govern, although it is far more common for men to do so. It would be very common for a child to see men working and women in the home, much more than we would see here.  Women are still expected to be homemakers and there is often debate about this.

Saudi Arabia has kindergarten (nursery school) but it is private meaning parents have to pay, so not many children attend.  School doesn’t become compulsory until you are 6 years old.  After you turn 6 years old, boys and girls are separated and all schools are either boy-only or girl-only.

The education of girls used to face a lot of opposition because some religious leaders thought girls should not go to school, but in 2009 Ms Nora bint Abdullah al-Fayez, a Saudi Arabian woman who was educated in the United States of America, was made Deputy Education Minister. She was put in charge of a new department for female students. It is now compulsory for all children to go to school until they are 16, including girls. 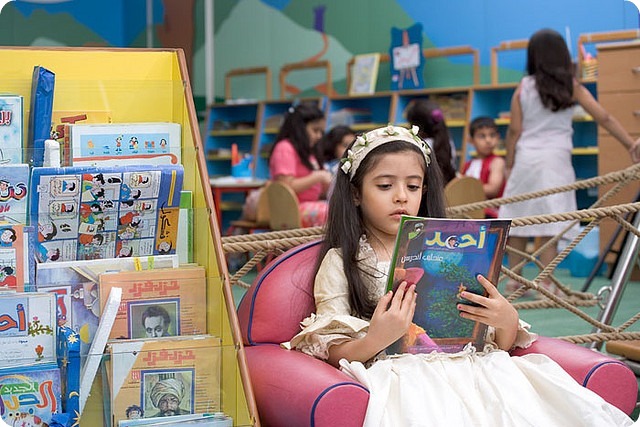 A lot of marriages are still arranged by parents and the age that girls get married can be as young as 12, although there are people trying to change that.  So instead of going to school, some girls are housewives.  Once they are married, they don’t attend school so this is an area of girls’ lives which are very different.

Despite the many differences, childhood in Saudi Arabia can still seem familiar to us over here. Like all children they love to play games, and one you will recognise is called ‘The Hunter’.  It starts off as hide-and-seek, but once one person is found it changes to tag.  The game ends when the hunter (or ‘it’) has tagged all of the other players.  Another popular game is called Ghommemah.  A player is blind-folded and has to run after all the other players.  When they catch one, they guess who they are, and if they are right, that person then wears the blind-fold.  Just like Blind Man’s Buff! 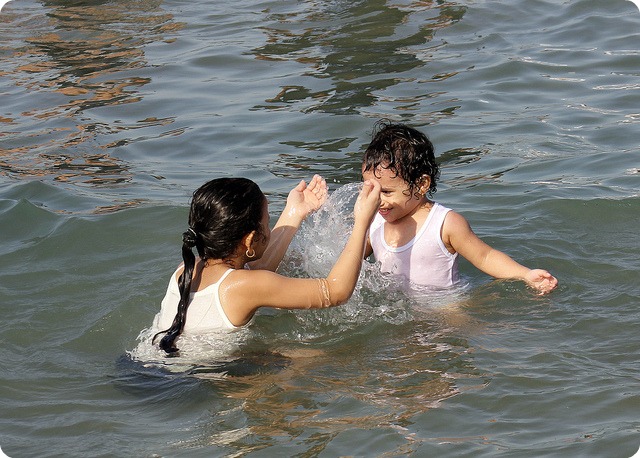 Popular sports include football (soccer), camel-racing, basketball, swimming and gymnastics.  Sports are encouraged in schools, but only men are allowed to play professional sport when they are grown up.  Reading is very popular as well, but the types of books they are allowed to read is more heavily governed than ours.