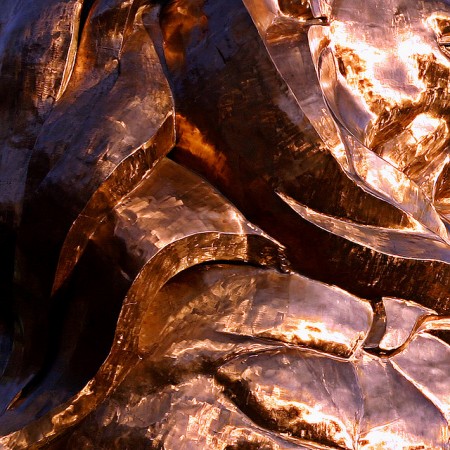 In the run up to Christmas, children are often asked if they have been ‘good’. Perhaps you have answered ‘I have been good as gold’, but do you know where that simile comes from?

We like to use lots of similes, expressions that compare something or someone with something else.

I am sure you can think of plenty of examples.

To be “busy as a bee” means to dash around, like a bee buzzing around collecting pollen to make honey.

If you were described as as “quiet as a mouse”,  then you were not being at all noisy, just like a mouse; an animal that really doesn’t make a lot of noise!

Let’s look at “as good as gold”. We use this to talk about behaviour, but gold doesn’t have any behaviour! It doesn’t move, it doesn’t think, it’s not alive, so why do we describe someone as being ‘as good as gold’?

The answer lies in another meaning of “good” – valuable, precious, even genuine. 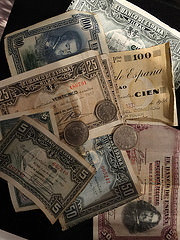 Although today we think of them as a basic part of our money, we haven’t been using paper banknotes for very long in historical terms. And when they were first introduced, a lot of people were wary of them, they thought they were being conned and they didn’t think of paper as being real money.

For them, familiar gold and silver were what had worth. So, in an effort to persuade the doubtful, it was stressed that these pieces of paper were “as good as gold”, meaning “just as valuable as gold”. This arose in the early 1800s, as the use of paper money became more widespread.

But by the time Charles Dickens wrote his famous novel A Christmas Carol in 1843, the sense of the expression had shifted, and been transferred to the other popular meaning of the adjective, “good”. He wrote:

“And how did little Tim behave?” asked Mrs. Cratchit…
“As good as gold,” said Bob, “and better.

Clearly, here the phrase refers to behaviour and not value. Does this mean we should no longer refer to this as a simile? Not at all.

One way that languages grow and change over the years is through developing many meanings for one word and then gradually making one meaning more popular than the others. It is part of what enriches our language. So why should a simile not have a double meaning?