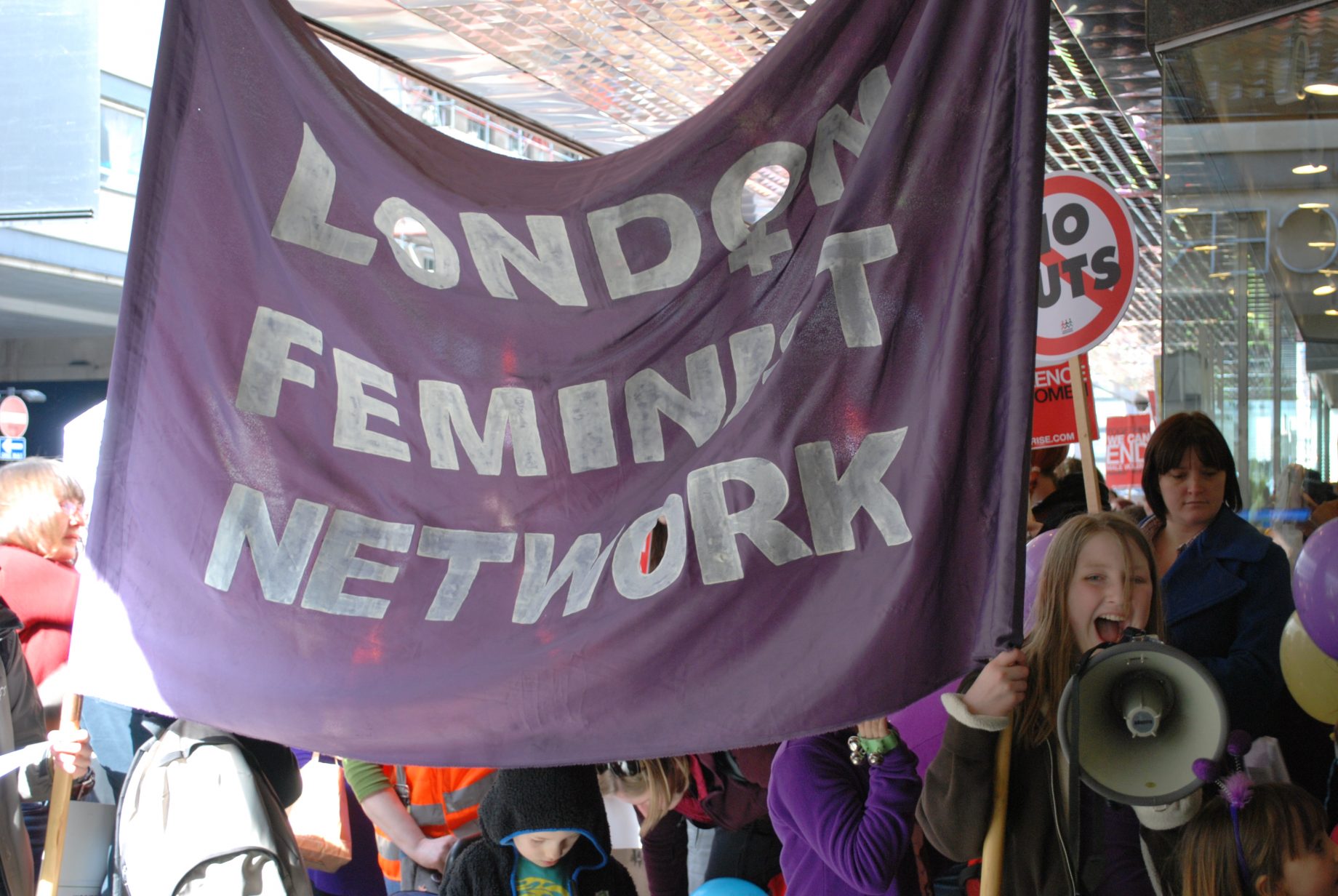 Contributor Aine is 11 years old and this year she accompanied her mother to the Million Women Rise March in London.

The Million Women Rise (MWR) Coalition is a diverse group of individual women and women representatives from the Voluntary and Community Sector who are united by our outrage at the continued daily, hourly, minute-by-minute individual and institutionalised male violence enacted against women worldwide. We believe that every woman and child has a right to live free from violence and that ongoing violence devastates not only the lives of the individuals directly affected but also the communities of which they are part. We have come together to organise a national demonstration against violence against women.

The Coalition has no formal or informal links to any particular or specific feminist or political networks. The Coalition is not partisan and brings together women who want to highlight the continuation of all forms of violence against women and demand that steps are taken to put an end to this.

This is Aine’s report.

The march took a very long time to start.

I was there last year, and there weren’t quite as many women and children this year.

I hope more girls come next year – I only saw about twelve girls my age.

It’s fun. It’s good exercise. It’s good to know about stuff before you get older.

I was carrying the giant LFN banner and it was really heavy. I couldn’t feel the wind – it just felt really heavy.

My friends and I got to make up our own chants. I e-mailed one of the organisers beforehand with some chants from radical cheerleaders that we changed a bit.

‘hey
Ho
Patriarchy has to go’

They were printed out and lots of people used them.

After I finished carrying the banner, my friends and I led some chants. We were loud enough to start them without a megaphone.

I think if you have more girls around who are your age, you get really giddy and that helps with being brave enough to shout.

There were some very good dancers at the rally who were about my age.

After the rally, we walked to the after-party. There was lots of food. We danced. Someone sang a song. It was a good evening.

If you liked this, click on the little heart next to the title. <3