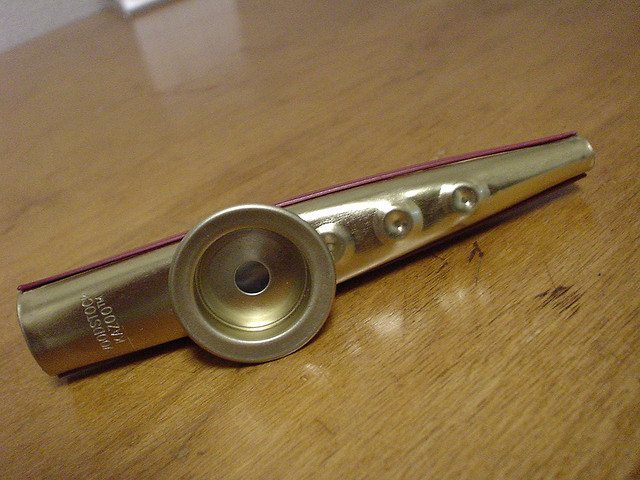 Gabriella wrote for Jump! Mag a few months ago, and contacted us to tell us about her latest school project. She and some friends have been working on competition run by the Department for International Development, which this year is about creating a safer, more equal world for women and girls. The competition is called Shape the Future, and the winners of the competition get to take their idea to UK Prime Minister David Cameron.

Kazoo International is an online forum for people to talk about gender equality for both boys and girls, women and men, created by Gabriella and her friends. We think this is a fantastic idea, and wish Kazoo International great success.

I have been involved in a competition at school called ‘Shape The Future’ which has been organised by the Department for International Development which this year, is looking at giving girls and women a safer and more equal world to live in. As a group we thought that one reason lots of people don’t think about it and therefore don’t do anything to help, is that we aren’t very well educated on the issues surrounding women’s rights in other countries. We though that before you start trying to solve problems, first, you need to make sure that people know about what is going on around the world. There more people know, the more they are likely to take an interest in helping people less fortunate than themselves.

As a result of this, we decided that we wanted to set up a blog and forum where people from all over the world can give their stories and opinions. We called the website ‘Kazoo International’ because we need to make a noise about women’s rights and we need to make sure that everyone has a voice.

Have a look at the website, contribute to the forum and comment on the blog – Kazoo International