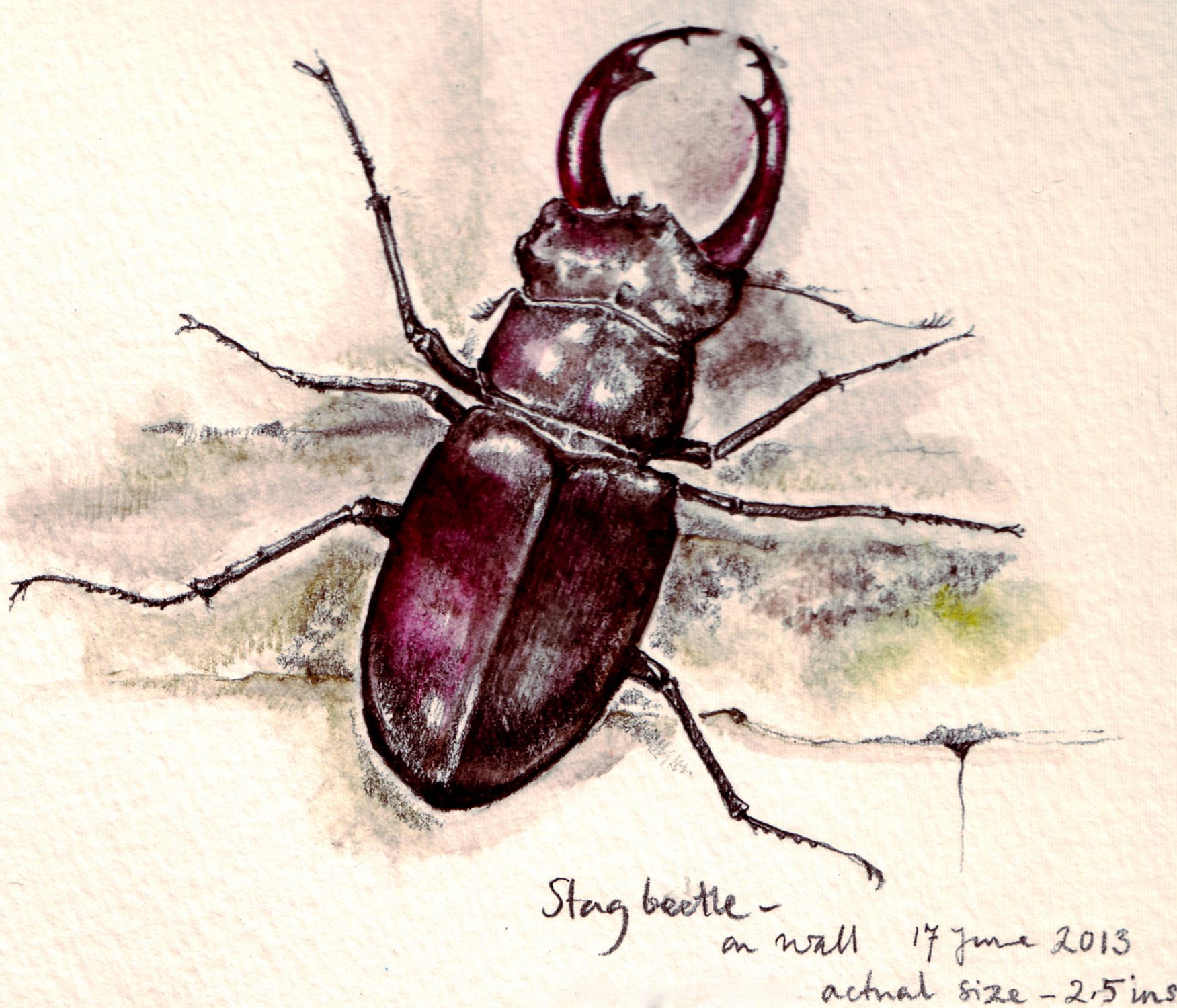 The creepy, crawly and the odd

These magnificent beasties are the armoured vehicles of the insect population and the largest terrestrial-dwelling beetles in the UK. Their common name is a reference – unsurprisingly – to their antler-shaped “mandibles” or jaws, which they use to fight over territory, but not, perhaps surprisingly, to win the respect of female Stag Beetles..!

These Curious Creatures have intrigued me ever since I found an expired female stag beetle (see below ) in a south-west France many years ago. I drew it next to a blackbird’s feather, captivated by the different tones of black, the textural contrasts and inky depths of colour. I found it – and still find them all as a species – fascinating and beautiful, particularly the males, with their extraordinary maroon-red mandibles. 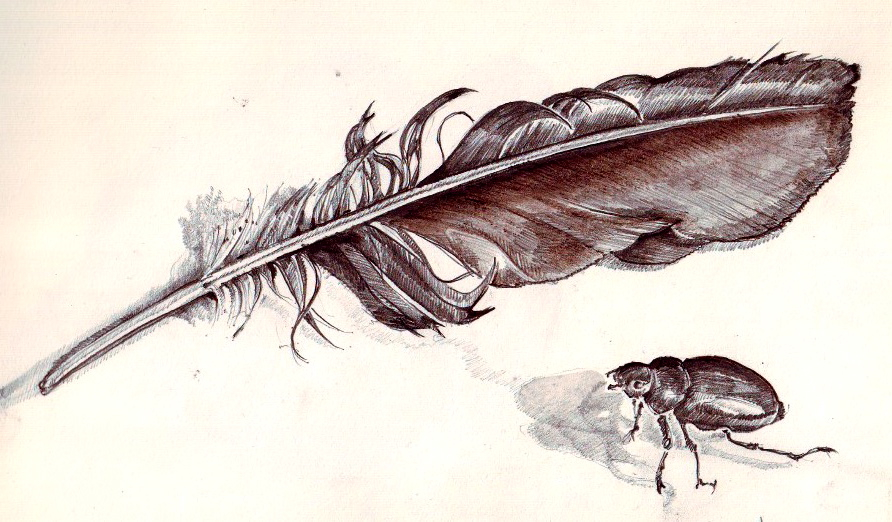